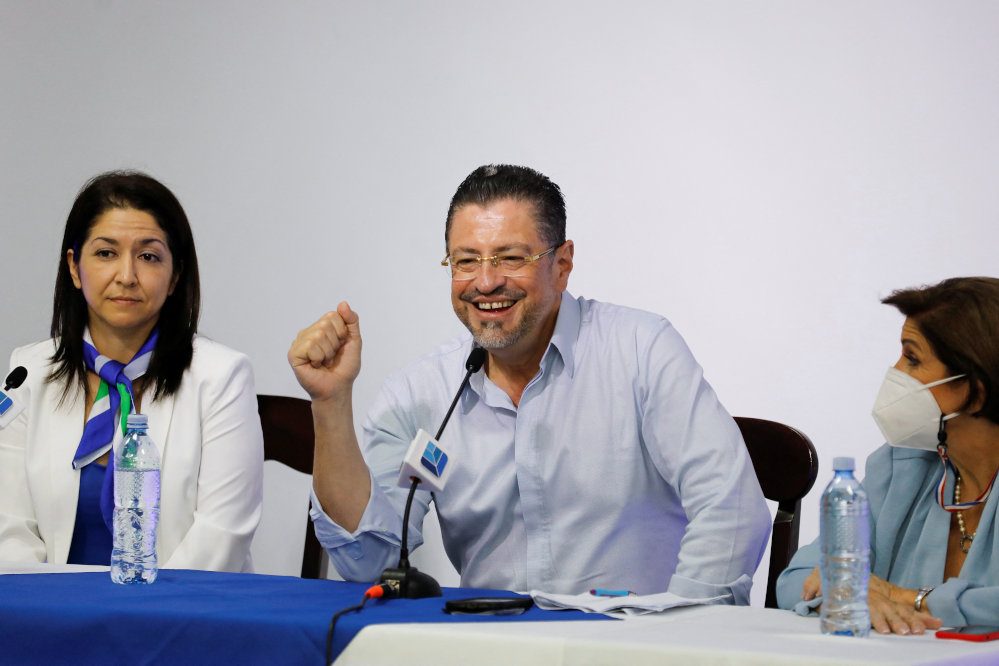 Facebook Twitter Copy URL
Copied
Rodrigo Chaves, a longtime former World Bank official, is projected to win about 52.9% of the vote, according to the electoral tribunal's preliminary partial tally of the run-off ballot

Chaves, a longtime former World Bank official, was projected to win about 52.9% of the vote, according to the electoral tribunal’s preliminary partial tally of the run-off ballot.

“I congratulate Rodrigo Chaves, and I wish him the best,” Figueres told supporters in San Jose.

Polls showed Chaves with a slight edge over Figueres ahead of the vote.

Chaves, who also briefly served as finance minister for outgoing President Carlos Alvarado, was second in a first-round vote in February. Seen as a maverick, Chaves has vowed to shake up the ranks of the political elite, even pledging to use referendums to bypass Congress to bring change.

“If the people go out to vote, this is going to be a sweep, a tsunami,” Chaves said after casting his ballot on Sunday.

Figueres, whose father was also president for three separate terms, campaigned on his experience and family political legacy. He has promised to lift economic growth and boost green industries in the environmentally progressive nation. – Rappler.com