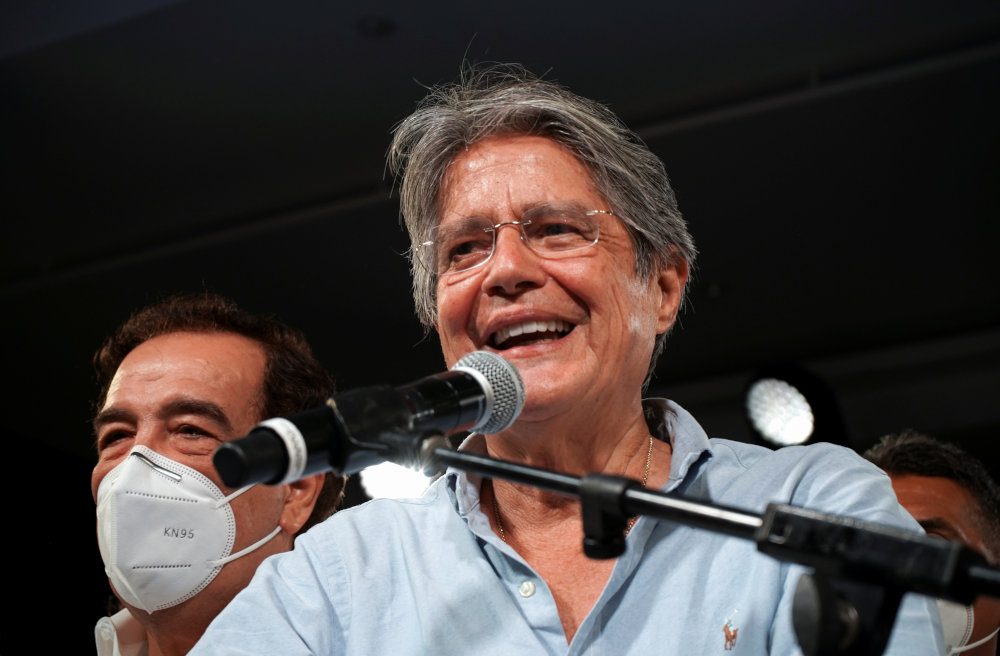 Ecuadorean banker Guillermo Lasso unexpectedly won the nation’s presidency on promises to revive an economy battered by coronavirus as his rival’s vows of a return to socialist largesse failed to win over a skeptical electorate.

Lasso took 52% of the vote in the runoff following a campaign that pitted free market economics against the social welfare plans of economist Andres Arauz, a win likely helped by a ballot spoiling campaign that left one in six ballots void.

The 65-year-old president-elect will now have to find ways to kickstart a stalled economy while using the same pro-market play book as President Lenin Moreno, who shored up government finances but struggled to create jobs and did not seek re-election.

“A third of Ecuadoreans live in poverty, and just 3 in 10 have access to employment,” Lasso said at a campaign rally last week. “These are two objectives that should bring 100% of Ecuadorean political leaders to dialogue.”

Lasso’s third campaign for the presidency centered on bringing in foreign investment to create jobs and on expanding investments in the agricultural sector.

It differed sharply from Arauz’s promises of handing out $1,000 to a million poor families and returning the country to the social welfare programs of former President Rafael Correa, Arauz’s mentor.

Lasso may have benefited from a protest campaign by indigenous leader Yaku Perez, who called on supporters to vote null in protest of what he called voter fraud in the first round in February.

Lasso’s election win is a rare bright spot for emerging markets, which are struggling under concerns such as Argentina’s tense talks with the International Monetary Fund and broader headwinds from rising U.S. interest rates that threaten to spark a selloff.

Lasso is seen as having greater capacity to negotiate with the IMF, but he has also said he would push back on IMF plans to raise taxes – which could complicate his efforts to keep the government’s books balanced.

And any economic rebound will rest on a restructuring of the country’s stalled COVID-19 vaccination campaign, which has been plagued by nepotism allegations and a revolving door of health ministers who have resigned or been sacked.  – Rappler.com