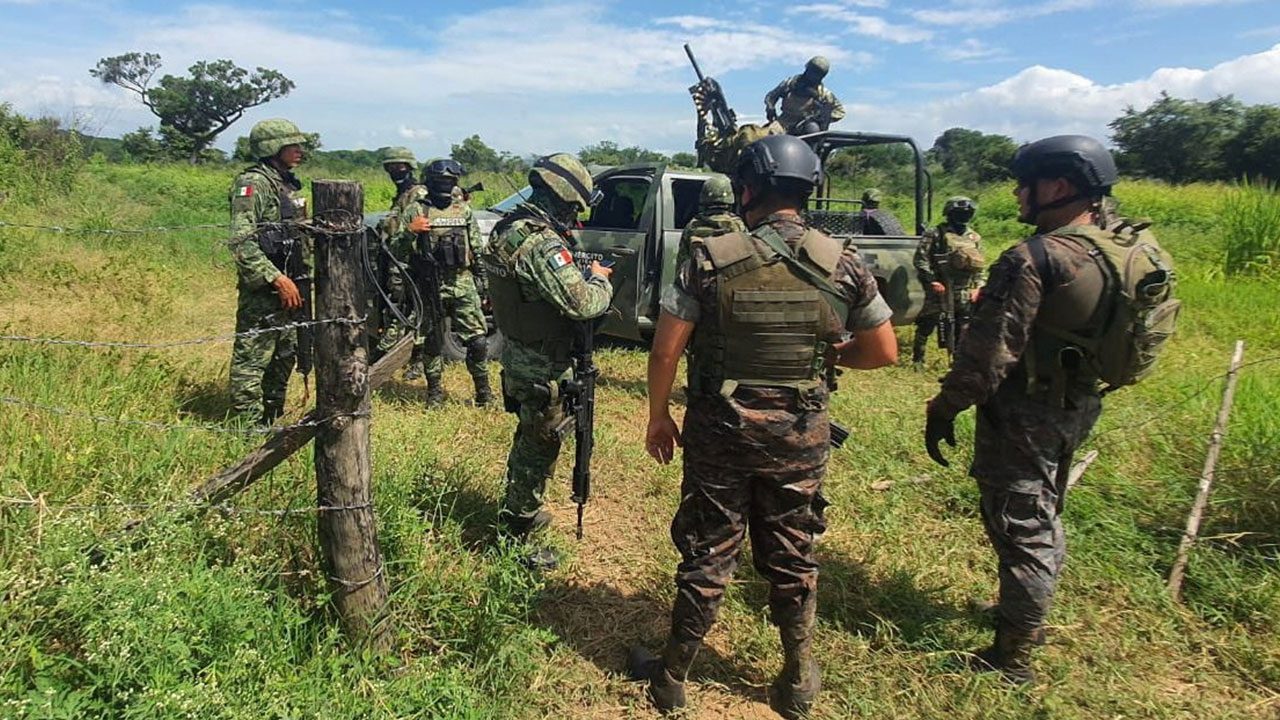 SHOOTING. Soldiers stand on the border between Guatemala and Mexico after a shooting between armed men and members of the Guatemala Army, near an area where Guatemala's President Alejandro Giammattei was attending an event, in Huehuetenango, Guatemala July 30, 2022.

GUATEMALA CITY, Guatemala – Guatemalan military exchanged fire with the passengers of a car as it approached the location of President Alejandro Giammattei’s entourage on Saturday, though the president was elsewhere at the time and is unharmed, an army spokesman said.

Military officials stopped the vehicle as it neared a checkpoint guarding the presidential delegation during a visit by Giammattei to the area of Huehuetenango, 300 kilometers east of capital Guatemala City, the spokesman said.

The occupants of the car opened fire on the soldiers, who returned fire. Giammattei was about two kilometers away at the time of the incident.

One of the gunmen, believed to be Mexican, was injured in the confrontation and was receiving medical care, the spokesman said.

The others fled in the car towards the Mexican border, which is about 80 kilometers from the town.

At least four people, believed to be Guatemalans, were later detained by the Mexican military, the spokesman said. A portable radio and a rifle grenade were also found over the border in Mexico.

A press representative for Mexico’s Secretariat of National Defense (Sedena) did not immediately respond to a request for comment.

Giammattei has not commented on the incident. – Rappler.com