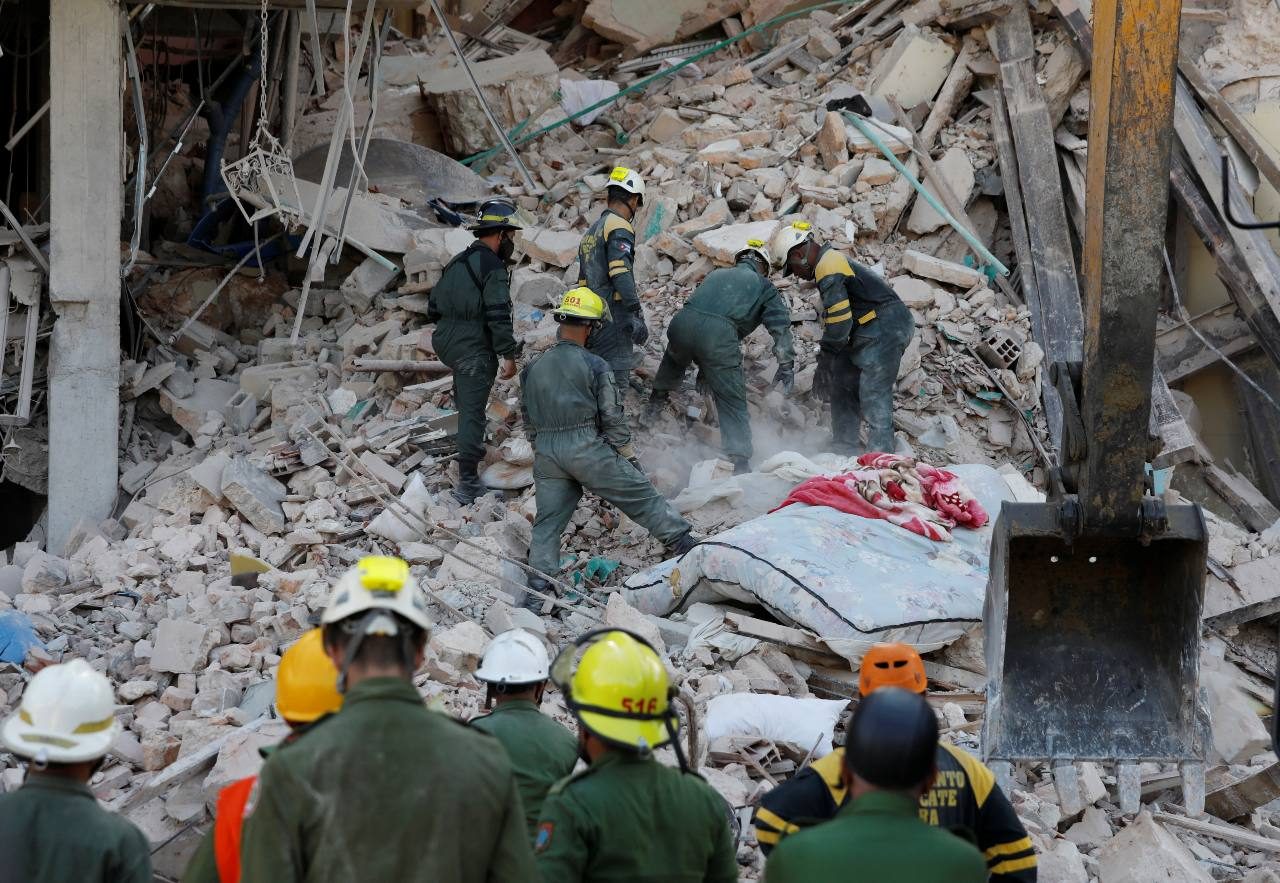 RESCUE. Emergency personnel work at the Saratoga Hotel a day after it suffered an explosion, in Havana, Cuba, on May 7, 2022.

HAVANA, Cuba – Cuban rescue workers on Saturday, May 7, picked through rubble for bodies and possible survivors after a Havana boutique hotel was devastated by what authorities said was a gas explosion, leaving at least 26 dead.

The blast at the Hotel Saratoga, just a block from the iconic capitol building in a renovated area of downtown Havana, seriously damaged two adjoining upscale apartment buildings and inflicted lighter damage to 17 structures within a two-block radius. Debris fell on pedestrians in the heavily traveled area and glass and debris went flying at a nearby grammar school.

Local authorities said 50 adults and 14 children were injured. Four of the dead were children, they said, providing few details. One of the dead was a Spanish tourist.

Authorities and local media said rescuers were working to get to a passage way to the basement in hopes there were survivors. They said it was slow going as engineers had to check the stability of what remained of the building.

The hotel, housed in a more than century-old building, had been closed and only workers were inside at the time of the explosion, state-run TV said.

Residents of the adjoining apartment building often rented out to tourists.

The neoclassical-style hotel was remodeled by a British company after the fall of the Soviet Union and for many years was considered the place to stay by visiting government officials and celebrities.

Recently, it had lost some of its shine with the opening of new hotels in Havana, but was still a five-star venue just a minute away from various historic sites such as the renovated, century-old Marti Theater, which sustained moderate damage.

“Well, it’s just more bad news. There was Trump, Biden, the pandemic, shortages, and I could go on and on,” Michael Serano, a nurse who doubles as a handyman,” said, shrugging his shoulders and looking to the sky.

The Cuban tourism industry was largely shuttered for the last two years and is in the process of reopening now that locally developed vaccines appear to have tamed the new coronavirus, though arrivals remain at around 30% of pre-pandemic levels. – Rappler.com