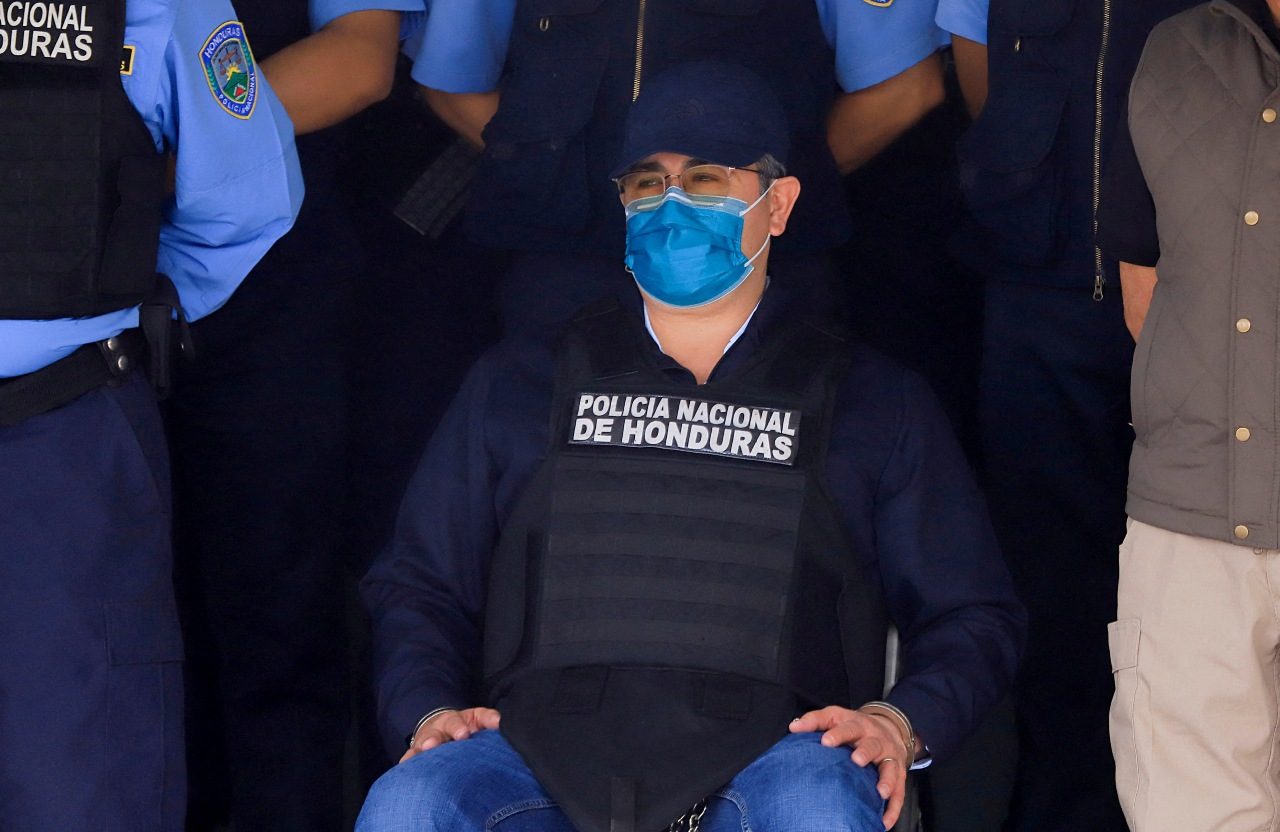 GRANTED. Former Honduras president Juan Orlando Hernandez looks on at the Police Special Forces after being detained by members of the Honduras National Police in Tegucigalpa, Honduras, on February 15, 2022.

TEGUCIGALPA, Honduras – A Honduran judge authorized on Wednesday, March 17, the extradition of former president Juan Orlando Hernandez to the United States on drug-trafficking and firearms charges, a decision his defense said it will appeal.

“We are going to file an appeal to try to avoid extradition,” Felix Avila, a defense attorney for Hernandez, told journalists outside the court.

US authorities charged that the right-wing former leader participated in a drug-trafficking scheme between 2004 and 2022. Hernandez, 53, is also accused of accepting millions of dollars in bribes to protect drug traffickers from investigation and prosecution, and carrying, using, or aiding and abetting the use of weapons.

Hernandez, who was replaced as president in January by leftist Xiomara Castro after eight years in office, has denied any wrongdoing.

He has been in custody since mid-February when he was arrested after a dramatic stake-out that saw him holed up in his home surrounded by police. He emerged hours later, pledging to cooperate with authorities. – Rappler.com