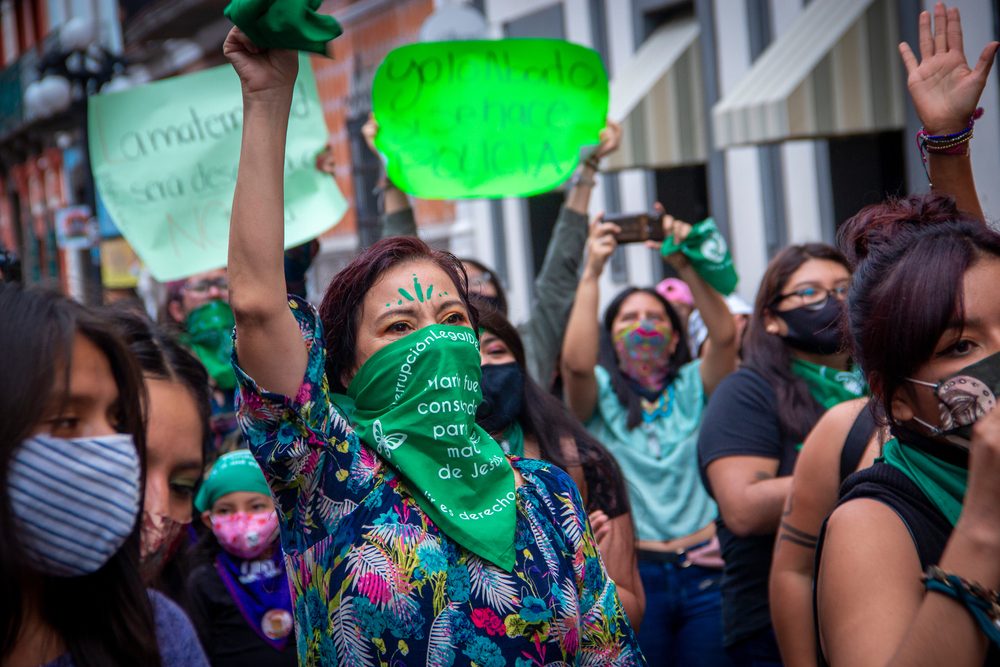 LEGALIZE ABORTION. With green scarves, members of feminist collectives demonstrate in the streets of the Historic Center of Puebla in Mexico to demand the legalization of abortion.

Facebook Twitter Copy URL
Copied
'Rich girls, and I've said this, and it upsets many that I say it, have always had abortions and never gone to prison. This is a crime which to a great extent punishes poverty,'says Supreme Court president Arturo Zaldivar

The Mexican Supreme Court’s unanimous decision on Tuesday, September 7, to decriminalize abortion will principally help poorer women, who have in the past borne the brunt of punishments for the crime, the president of the tribunal said on Wednesday, September 8.

Speaking after the court ruled it was no longer possible to prosecute any woman who has an abortion without violating the constitution, Supreme Court president Arturo Zaldivar said denying women the right had been an enormous social injustice.

“Rich girls, and I’ve said this, and it upsets many that I say it, have always had abortions and never gone to prison. This is a crime which to a great extent punishes poverty,” Zaldivar told reporters at a news conference in Mexico City. Only four out of Mexico’s 32 regional governments had decriminalized abortion before the court’s ruling, and dozens of women have been imprisoned over the last decade for having had abortions, according to leading advocacy groups.

Zaldivar is viewed as a close ally of leftist President Andres Manuel Lopez Obrador, who has put helping the poor at the center of his administration. However, Lopez Obrador has shied away from taking sides on the contentious matter of abortion.

Earlier, Lopez Obrador said the court’s decision should be respected, while adding that he felt he should not offer an opinion, because there are differing points of view on abortion in Mexico, a predominantly Roman Catholic country.

The court’s ruling was hailed as a major victory for advocates of women’s health and human rights, and came just as parts of the United States enact tougher laws against the practice, particularly in Texas on Mexico’s northern border. – Rappler.com