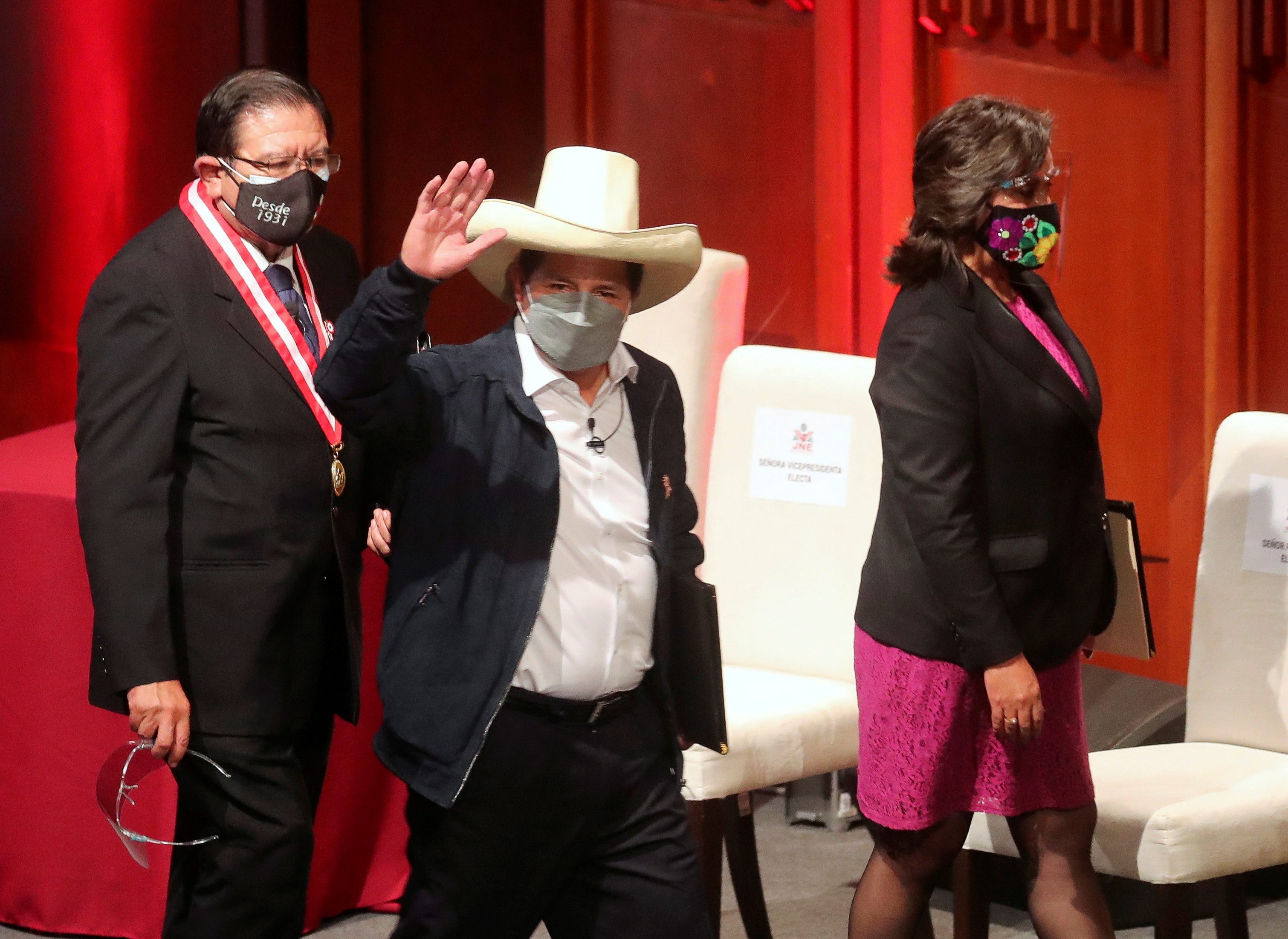 Facebook Twitter Copy URL
Copied
The inauguration comes after Pedro Castillo, 51, edged out right-wing rival Keiko Fujimori, though his win was not confirmed until last week

Peru’s Pedro Castillo will assume the presidency on Wednesday, July 28, with little time to catch his breath as he battles the world’s deadliest COVID-19 outbreak, tensions in his socialist party and weak congressional support in a starkly divided nation.

Castillo, the son of peasant farmers, will be sworn into office at around midday local time (1500 GMT) in Congress and will then address the nation, which was split almost in half by a polarized June 6 ballot won by a margin of just 44,000 votes.

The abrupt rise of Castillo, a former teacher, has shaken Peru’s traditional political elite and stung copper producers fearful of his plans to hike taxes on mining to fund health and education reforms, and revamp the Andean nation’s constitution.

All eyes will be on his first message as president and the make-up of his cabinet of ministers, still under wraps amid horse trading between the more radical wing of his Marxist Free Peru party and more moderate advisers and allies.

“Castillo’s message will set the guidelines for the start of his government. But the Cabinet and team he announces will tell us even more about the direction we’re headed in,” said Jeffrey Radzinsky, a Lima-based governance expert.

A key signal will be the economic portfolio, with sources close to Castillo indicating it will go to Pedro Francke, a moderate left-wing economist, who has helped soften the outsider candidate’s image and calm jittery markets in recent months.

The inauguration comes after Castillo, 51, edged out right-wing rival Keiko Fujimori, though his win was not confirmed until last week. Fujimori had alleged fraud with no evidence and challenged the result, gaining comparisons with Donald Trump’s tactics after he lost the 2020 US presidential election.

Castillo will have to contend with a fragmented Congress where he lacks support for key pledges including plans to redraw the constitution, as well as tensions with the hard-left wing of his party, led by Marxist doctor Vladimir Cerrón.

He also faces a balancing act between the powerful mining sector in the world’s No. 2 copper producer and the need to hike taxes to ease rising poverty and fulfill promises to his rural base that drove his unlikely rise to the presidency.

“Castillo needs to unite the hard core of his party, but he has to do it without destroying the image the people have of him, which is that he is against radicalism,” Radzinsky added.

Presidents from Argentina, Chile, Bolivia and Ecuador, as well as the king of Spain and a US delegation, will be in Lima, Peru’s capital, for the inauguration, which coincides with the country’s 200-year anniversary of independence in 1821. – Rappler.com