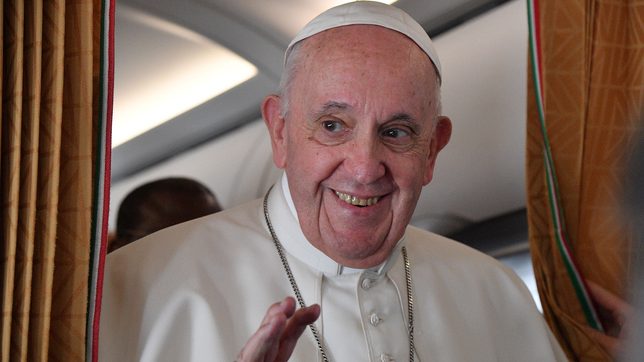 SMILE. Pope Francis speaks to the media on board an Alitalia aircraft enroute from Bratislava's Milan Rastislav Stefanik International airport in Bratislava, Slovakia, back to Rome, September 15, 2021.

Facebook Twitter Copy URL
Copied
Catholics believe the communion bread is the body of Jesus Christ, who was Jewish

Pope Francis on Wednesday, September 15, related how he once inadvertently gave communion to an elderly Jewish woman, who only afterwards told him about her religion.

“I once went to say a Mass in a home for the elderly,” he told a reporter who had asked him if he had ever denied communion to anyone. 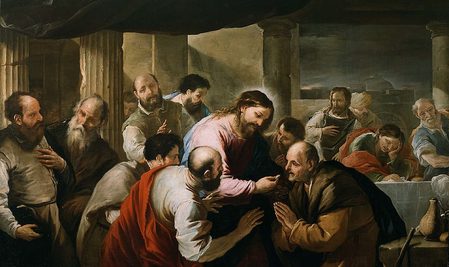 He said he had not and then told a story about when he was a priest in his native Argentina.

“(At the home for the elderly) I said ‘those who want to take communion raise your hand’ and they all did, all the old men and old women wanted it,” he said.

“Later this woman said to me, ‘Thank you, thank you, father, I’m Jewish.’ I responded: ‘So is what I just gave you,’ but let’s move on,” he said, laughing.

Catholics believe the communion bread is the body of Jesus Christ, who was Jewish. – Rappler.com

John Paul I, pope who reigned for only 33 days, put on path to sainthood

Pope alert and in good condition after intestinal surgery – Vatican