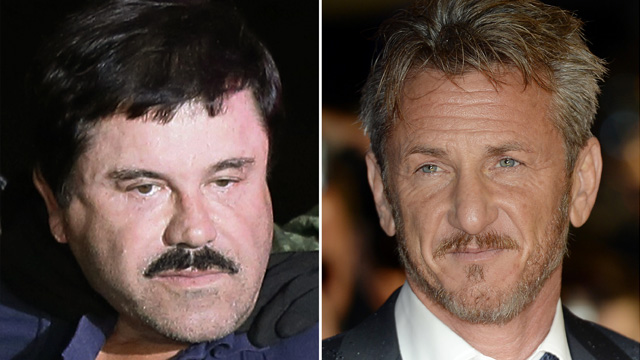 ACT OF PROPAGANDA? An interview of Joaquin 'El Chapo' Guzman with US actor Sean Penn, published January 9, 2016 by the 'Rolling Stone' magazine, helped to find his whereabouts, a source from the Mexican attorney general's office confirmed to EFE.

MEXICO CITY, Mexico – Sean Penn's article about Joaquin "El Chapo" Guzman has hit a nerve in Mexico, where many journalists have paid dearly for covering drug cartels run by such ruthless kingpins.

The US actor's story published by Rolling Stone has drawn plenty of flak from American journalists, who panned his writing style and questioned the ethics of letting the drug lord vet the story before publication.

But in Mexico, one of the most dangerous places to practice journalism, the debate has gone beyond the writer's prose or the propriety of interviewing the world's most wanted criminal.

In a column in El Universal newspaper, journalist Leon Krauze lamented that Penn's article made Guzman look like a man who became a drug lord because "he had to make a living somehow, that he is only violent in order to defend himself... and that he is almost likable if it wasn't for (his cartel's) 10,000 murders."

"In sum, it's a perfect act of propaganda. Another triumph for Joaquin Guzman," wrote Krauze.

"There's a fine line between journalism and entertainment, a conflict of interest," said Alfredo Corchado, a US journalist who has covered Mexico for years and had to flee the country at one point due to threats from the Zetas drug cartel.

"To call the encounter between actor Sean Penn and Chapo journalism is an insult to journalists in Mexico and beyond who paid the ultimate price seeking truth," the Mexico-born journalist, who works for the Dallas Morning News, wrote on Facebook.

Nearly 90 journalists have been killed and another 17 gone missing in Mexico since 2000, according to Reporters Without Borders.

"If he really wants to know the danger of covering cartels, he could get a job at a newspaper in Sinaloa or Durango and cover crime stories on a daily basis alongside dozens of brave reporters and editors," Garza said.

"This way he would know that an article of his can spark the fury of any crime boss, which could turn him into another statistic in the long list of journalists attacked in Mexico," he said.

Interview with the devil

The Oscar-winning actor has also faced criticism for agreeing to let Guzman green-light the article. And while Penn met Guzman for several hours, he had to send questions that the drug lord answered in a video later on, which prevented Penn from making follow-up questions.

Some journalists, though, have praised Penn for getting a scoop that many would have been thrilled to get.

Vice News correspondent Danny Gold said he was never a fan of Penn's journalism, "but me and every other journo would have compromised a whole lot more to get an interview with El Chapo. Anyone else who says otherwise is lying."

Penn is not the first to get an exclusive interview with a major drug kingpin – and receive criticism for it. (READ: Sean Penn interview helped 'El Chapo' capture – Mexico)

"If the devil offers me an interview, I'll visit hell," Scherer shot back at his critics. – Carola Solé, AFP/Rappler.com