‘They are hungry’: Haiti quake survivors fear for children’s future 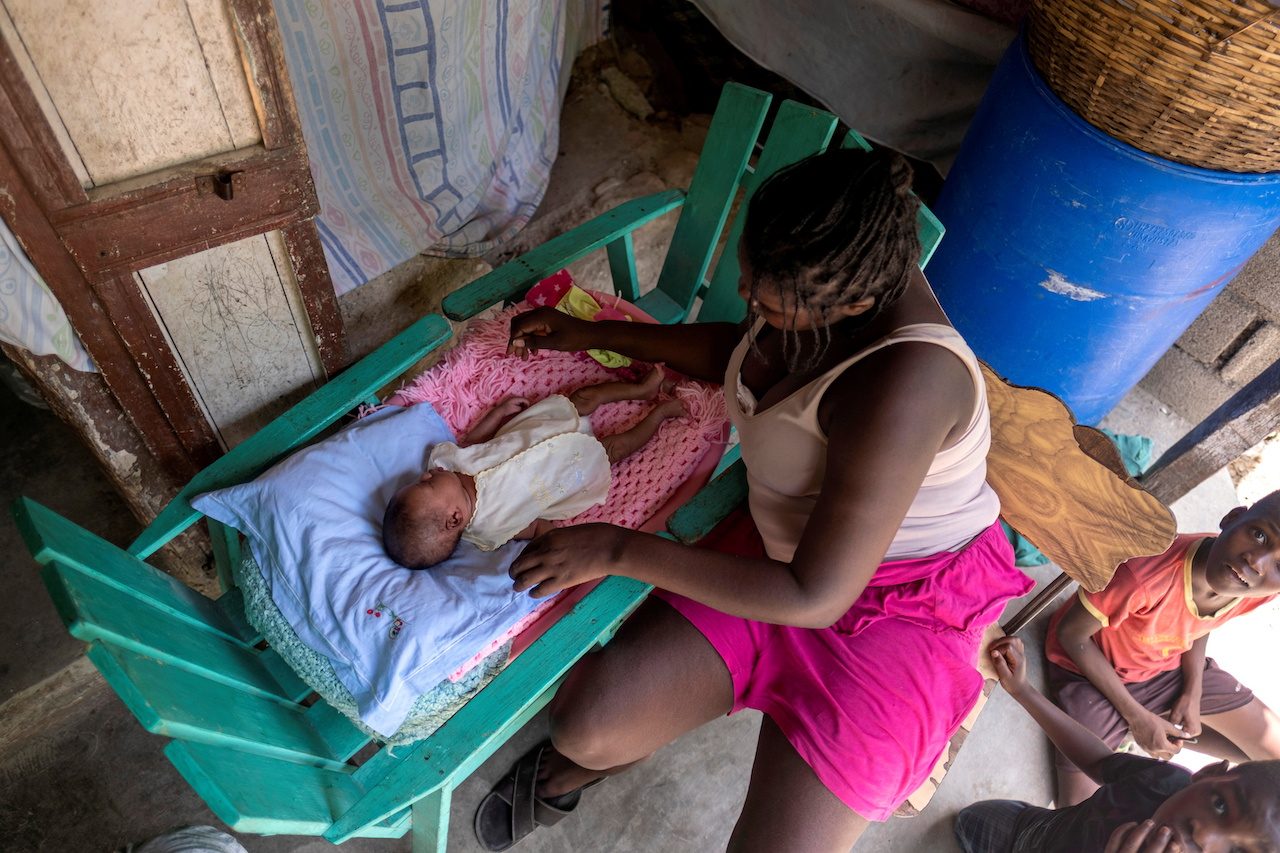 Facebook Twitter Copy URL
Copied
Over half a million children were affected by the earthquake, the UN children's agency UNICEF says

Many survivors of an earthquake that killed more than 2,200 people in southern Haiti are worried about providing for their children, with more than half a million minors feared to be at risk from the fallout.

The August 14 quake hammered infrastructure, destroying or damaging some 130,000 homes, cutting off roads, and pitching thousands of families in the Western Hemisphere’s poorest country into an uncertain future.

When the magnitude 7.2 quake struck, homemaker Lovely Jean was resting inside the general hospital of the southern city of Les Cayes, while her three-day-old baby, Love Shaiska, was in the neonatal ward being treated for an infection.

Les Cayes was one of the areas worst hit by the quake, and as the hospital walls trembled, Jean sent her husband, Pierre Alexandre, to grab the infant while she fled the building.

“The earth was shaking and I was crying, so scared of what was happening,” the 24-year-old said, cradling her child on the porch of their damaged home in a tiny village outside the town of Camp-Perrin, northwest of Les Cayes.

The three survived, though the hospital suffered damage that forced some of its departments, including the neonatal ward, to operate outside for days after the disaster.

But the problems were only beginning for Jean and her husband, a subsistence farmer.

Alexandre’s fields were buried by landslides during the earthquake and rain unleashed by Tropical Storm Grace, which pummeled Haiti last Tuesday. His entire potato and yuca crop was unreachable, leaving the family with barely any food to eat.

Meanwhile, Love Shaiska was struggling to suckle, forcing her parents to pull together cash to buy formula.

More than a dozen other parents who spoke to Reuters in the quake zone expressed similar concerns about how they would cope.

Over half a million children were affected by the earthquake, the UN children’s agency UNICEF said.

The temblor claimed the lives of at least 2,207 people, injured 12,268, more and left 344 missing, according to Haitian authorities, and followed an even more destructive earthquake in 2010 which killed tens of thousands of Haitians. 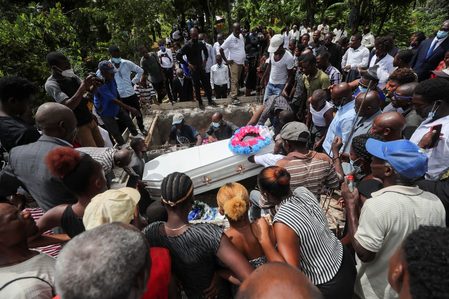 Still, there are a few encouraging developments. Late on Sunday, civil protection authorities said 24 people who had been reported missing, including four children, had been found and taken by helicopter to Camp-Perrin to be looked after.

Recovery efforts have been impeded by flooding and damage to roads, feeding tensions in hard-hit areas. In the past few days, residents have looted aid trucks in several towns across the south, stirring concerns about security.

Deep in the mountains of Haiti’s southern peninsula, in the department of Grand’Anse, near the town of Duchity, about a hundred farmers are living in slender tents of wooden poles and bedsheets they erected along the highway. The quake destroyed their homes, crops, and the deep concrete-lined holes used to collect and store rain water.

Now, with scant food and water, many of the young children suffer from hunger, fevers, and infections, said Evelya Michele, a mother of five living in the encampment.

At least a dozen children had broken out in rashes.

“The children are very vulnerable; there is no water so we can’t even wash them to keep them clean,” Michele said.

Her older children had taken off earlier that morning, walking to a nearby village in search of food.

“I didn’t send them; they just left without even asking me because they are hungry,” she said. – Rappler.com