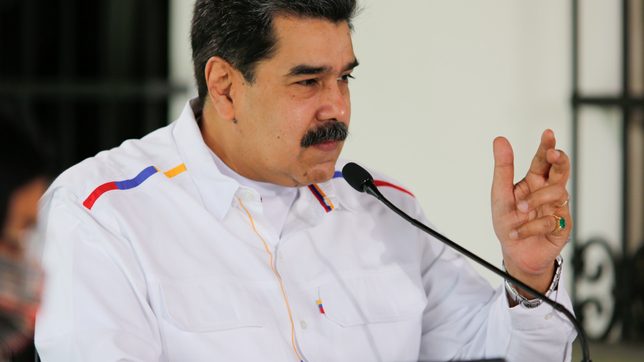 Facebook Twitter Copy URL
Copied
'Judges and prosecutors in the cases examined have denied, as opposed to guaranteed, some rights to real or perceived government opponents,' says the report

Venezuela’s judicial system has perpetuated human rights violations as part of a state policy to quash opposition to the government of President Nicolas Maduro, a group of United Nations investigators said on Thursday, September 16.

The report was published by an independent UN human rights fact-finding mission that in 2020 concluded Maduro’s government had committed systematic human rights violations amounting to crimes against humanity.

“The Mission has reasonable grounds to believe that judges and prosecutors in the cases examined have denied, as opposed to guaranteed, some rights to real or perceived government opponents, in response to interference from political actors or from within the judicial or prosecutorial hierarchy,” reads the report.

The investigators said they had grounds to believe judges and prosecutors failed to protect perceived enemies of the government from arbitrary arrest, deprived detainees of their right to defense, and used pre-trial detention as a routine measure rather than an exceptional one.

“They made a pamphlet of bile attacking the Venezuelan justice system and offending judges and prosecutors who take risks every day in the midst of difficult circumstances and attacks on our country,” Saab said.

Maduro allies have described previous reports by the fact-finding mission as politically-biased smear campaigns driven by Washington, which maintains a broad sanctions program meant to force Maduro from power.

Malaysia in turmoil as Mahathir, Anwar vie for power