May 1, 2016 4:43 PM PHT
Agence France-Presse
Facebook Twitter Copy URL
Copied
After the second round of elections, 17 women will become lawmakers in the 290-seat parliament – one more than the number of clerics, which has hit an all time low 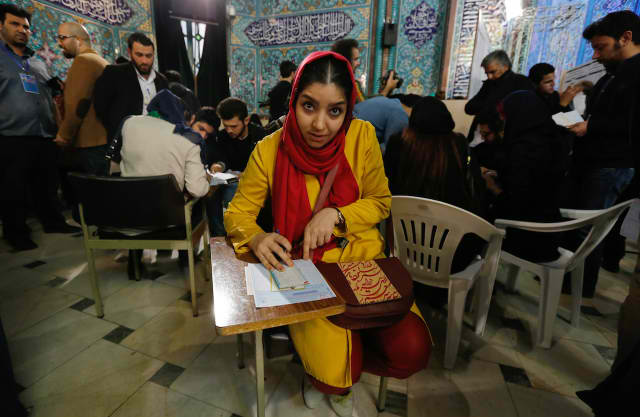 TEHRAN, Iran – Iran’s new parliament will have more women than clerics when its members are sworn in next month, a first in the Islamic republic and a sign of the country’s evolving politics.

Official results on Saturday, May 1, showed that reformist and moderate politicians allied with President Hassan Rouhani won a big victory in second round parliamentary elections.

The outcome saw them outnumber their conservative rivals – many hardliners lost seats – for the first time since 2004 and capped a remarkable comeback for reformists after years of isolation.

After the second round of elections a record 17 women will become lawmakers in the 290-seat parliament – one more than the number of clerics, which has hit an all time low.

In the first parliament that followed the Islamic revolution in 1979 there were 164 clerics elected.

Some of the country’s most prominent politicians are clerics and have previously been lawmakers including Rouhani who was an MP between 1980 and 2000.

The outgoing legislature had only 27 men of the cloth. Of the 16 who will enter parliament next month 13 have conservative political leanings and 3 are reformists.

Although the 17 women, nearly all reformists, elected represent only 9% of the total it is a high for the Islamic republic and almost double the nine conservative women in the outgoing chamber. The previous high for female MPs was 14.

Results show there will be 133 reformists in the new parliament, 13 shy of a majority but more than the conservatives 125 MPs. The remaining seats went to independents and minorities.

The second ballot on Friday was needed because no candidate won the minimum 25% required during the first round of voting on February 26. – Rappler.com