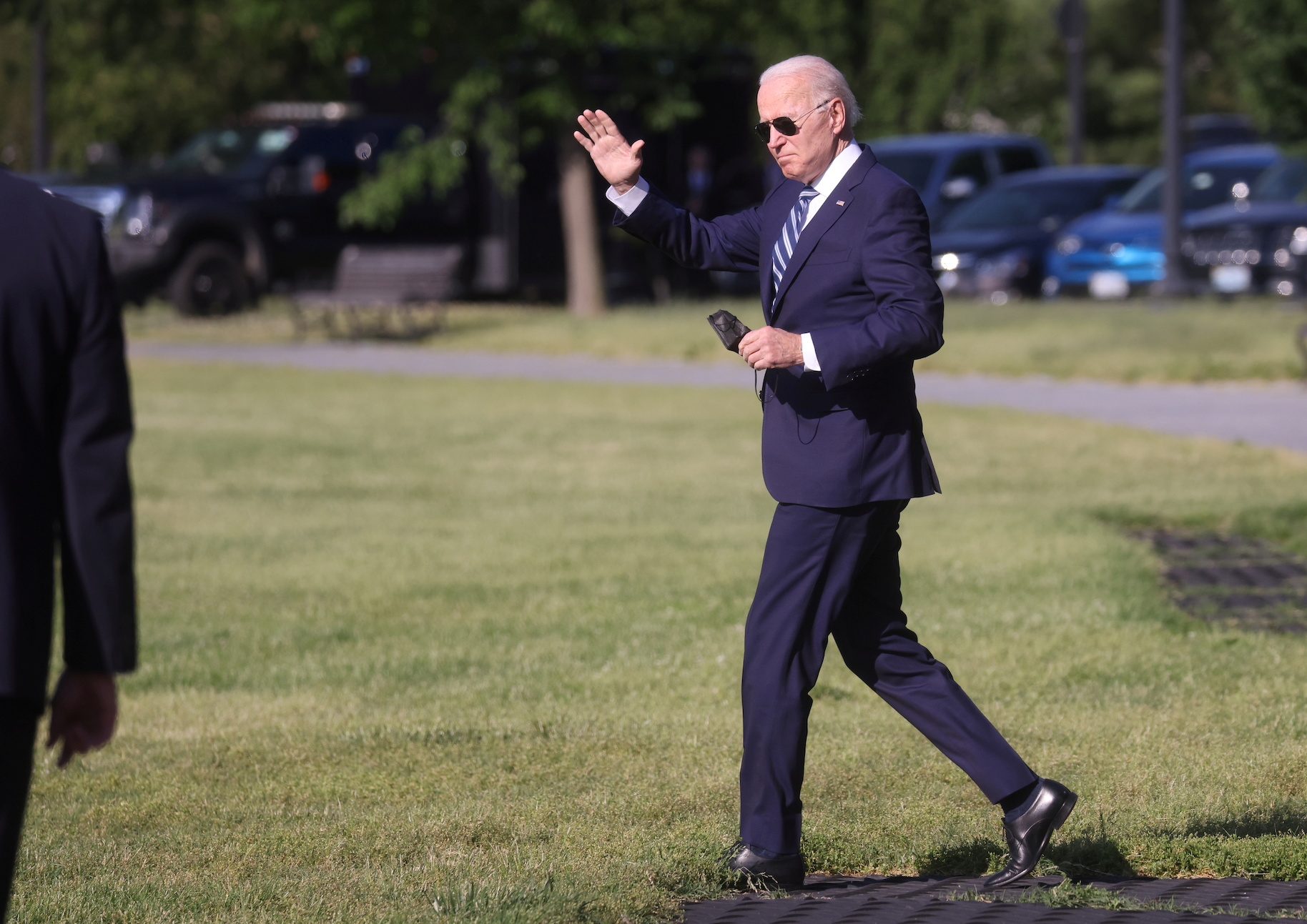 US President Joe Biden waves before boarding the Marine One helicopter for a trip to the Coast Guard Academy from the Ellipse at the White House in Washington, U.S., May 19, 2021. 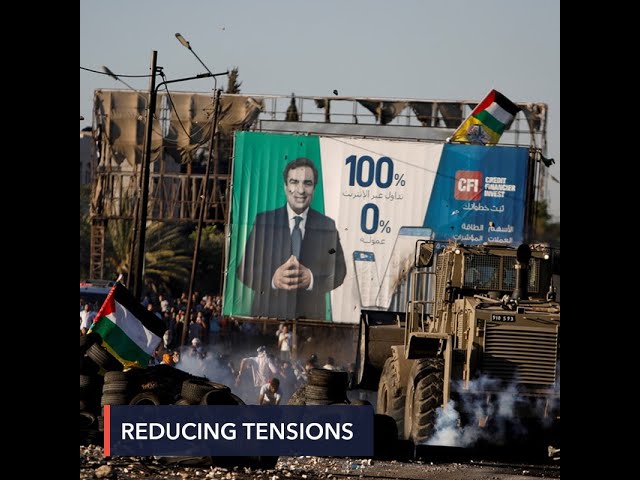 US President Joe Biden pushed Israeli Prime Minister Benjamin Netanyahu on Wednesday, May 19, to reduce tensions in the Gaza conflict on the path to a ceasefire, a White House spokeswoman said.

Netanyahu said earlier he could not set a timeframe for an end to 10 days of hostilities as Israel’s military pounded the Palestinian enclave with air strikes and Gaza’s ruling Hamas militants unleashed new cross-border rocket attacks.

But an Egyptian security source said the two sides had agreed to a ceasefire in principle after help from mediators, although details were still being negotiated in secret amid public denials of a deal to prevent it from collapsing.

Palestinian medical officials said that since fighting began on May 10, 223 people have been killed in aerial bombardments which have destroyed roads, buildings and other infrastructure, and worsened the already dire humanitarian situation in Gaza.

Israeli authorities put the death toll at 12 in Israel, where repeated rocket attacks have caused panic and sent people rushing into shelters. Regional and US-led diplomatic efforts to secure a ceasefire have intensified but so far failed.

Netanyahu has hailed what he has described as support from the United States, Israel’s main ally, for a right to self-defense in battling back against rocket strikes from Gaza.

But in a telephone call to Netanyahu, Biden put the Israeli leader on notice that it was time to lower the intensity of the conflict, in which civilians on both sides have been killed.

“The two leaders had a detailed discussion on the state of events in Gaza, Israel’s progress in degrading the capabilities of Hamas and other terrorist elements, and ongoing diplomatic efforts by regional governments and the United States,” White House spokeswoman Karine Jean-Pierre told reporters.

“The president conveyed to the prime minister that he expected a significant de-escalation today on the path to a ceasefire.”

Earlier on Wednesday, Netanyahu made no mention of any halt to the fighting in public remarks at a briefing to foreign ambassadors to Israel, saying his country was engaged in “forceful deterrence” to prevent future conflict with Hamas.

In remarks reported by Israeli media from a closed question-and-answer session, he was quoted as saying: “We’re not standing with a stopwatch. We want to achieve the goals of the operation. Previous operations lasted a long time so it is not possible to set a timeframe.”

In response to Biden’s de-escalation call, Hamas spokesman Hazem Qassam said those who sought to restore calm must “compel Israel to end its aggression in Jerusalem and its bombardment of Gaza.”

Once that happened, Qassam said, “there can be room to talk about arrangements to restore calm”.

Hamas began firing rockets on May 10 in retaliation for what it said were Israeli rights abuses against Palestinians in Jerusalem during the Muslim holy month of Ramadan.

The rocket attacks followed Israeli security police clashes with worshippers at al-Aqsa Mosque in Jerusalem and a court case by Israeli settlers to evict Palestinians from a neighborhood in Israeli-annexed East Jerusalem.

In a 25-minute attack overnight, Israel bombarded targets including what its military said were tunnels in southern Gaza used by Hamas.

Some 50 rockets were fired from the enclave, the Israeli military said, with sirens sounding in the coastal city of Ashdod, south of Tel Aviv, and in areas closer to the Gaza border. There were no reports of injuries or damage overnight but days of rocket fire have unsettled many Israelis.

Nearly 450 buildings in densely populated Gaza have been destroyed or badly damaged, including six hospitals and nine primary-care health centres, and more than 52,000 Palestinians have been displaced, the U.N. humanitarian agency said.

The damage has left large craters and piles of rubble across the coastal enclave, and deepened long-running concerns about living conditions in Gaza.

“Whoever wants to learn about the humanity of the (Israelis) should come to the Gaza Strip and look at the houses that got destroyed on top of those who lived in them,” said university lecturer Ahmed al-Astal, standing by the rubble of his house in Khan Younis in southern Gaza.

He said there had been no warning before his home was destroyed in an air strike before dawn.

Israel says it issues warnings to evacuate buildings that are to be fired on and that it attacks only what it regards as military targets.

The hostilities are the most serious between Hamas and Israel in years, and, in a departure from previous Gaza conflicts, have helped fuel street violence in Israeli cities between Jews and Arabs.

The conflict has also spilled over to the Israel-Lebanon frontier.

Four rockets were launched towards Israel from Lebanon on Wednesday, in the third such incident since the Gaza conflict began, the military said, adding that Israeli forces responded with artillery fire towards targets in Lebanon. There was no immediate claim of responsibility for the rocket attack, which Israeli military affairs correspondents said was probably mounted by a Palestinian group in solidarity with brethren in Gaza.

Israeli’s military said one rocket was intercepted, another landed in open ground and two fell into the sea after sirens blared in the Mediterranean port of Haifa and areas to the east.