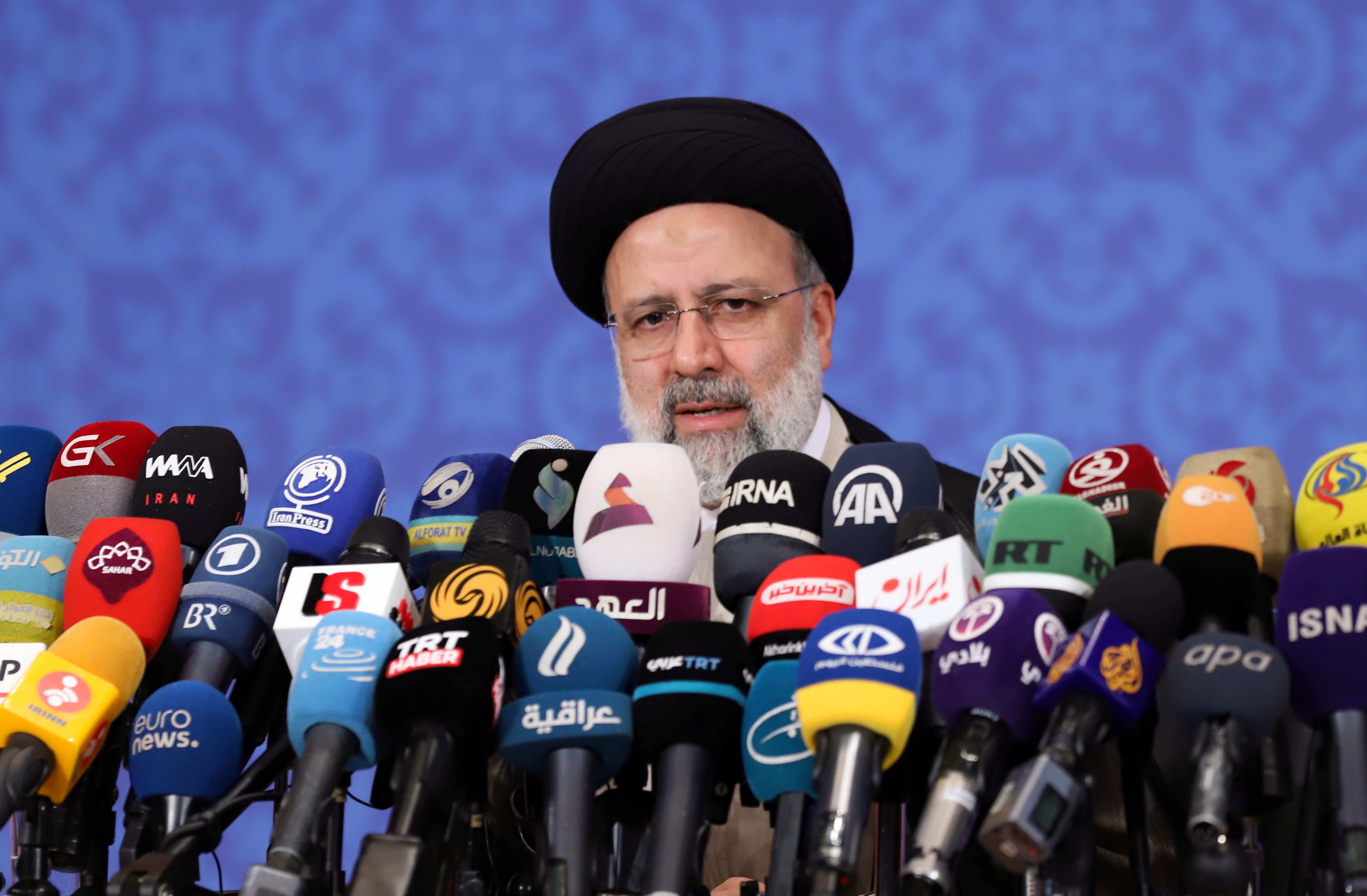 PROTEST. In this file photo, Iran's President-elect Ebrahim Raisi speaks during a news conference in Tehran, Iran on June 21, 2021.

Supporters of Iran’s exiled opposition rallied in Berlin and elsewhere on Saturday, July 10, to demand the prosecution of the Islamic Republic’s newly elected president, Ebrahim Raisi, whom they accuse of crimes against humanity.

Flag-waving demonstrators rallied at Berlin’s Brandenburg Gate and other locations as part of a Free Iran World Summit that featured speeches by former US Secretary of State Mike Pompeo and Slovenian Prime Minister Janez Jansa.

In a keynote address, Maryam Rajavi, president-elect of the National Council of Resistance of Iran, accused Raisi of being the “henchman” responsible for the massacre of 30,000 political prisoners in 1988.

Amnesty International and Human Rights Watch have said Raisi’s election was a blow for human rights and called for him to be investigated over his role in what they and Washington have called the extrajudicial executions of thousands of political prisoners.

Iran has never acknowledged the mass executions and Raisi has never publicly addressed allegations about his role. Some clerics have said the trials were fair, praising the “eliminating” of armed opposition in the early years of the 1979 Islamic revolution.

In an online address, Pompeo described the Iranian presidential election as “in fact, a boycott and the regime knows it.” “This is a show laid bare for the entire world to see,” Pompeo said.

Pompeo denounced Raisi as a leader who had been hand-picked by Iran’s supreme leader, leader Ayatollah Ali Khamenei, to “inflict pain, frighten, continue to loot, and to plunder” on behalf of the theocracy. – Rappler.com