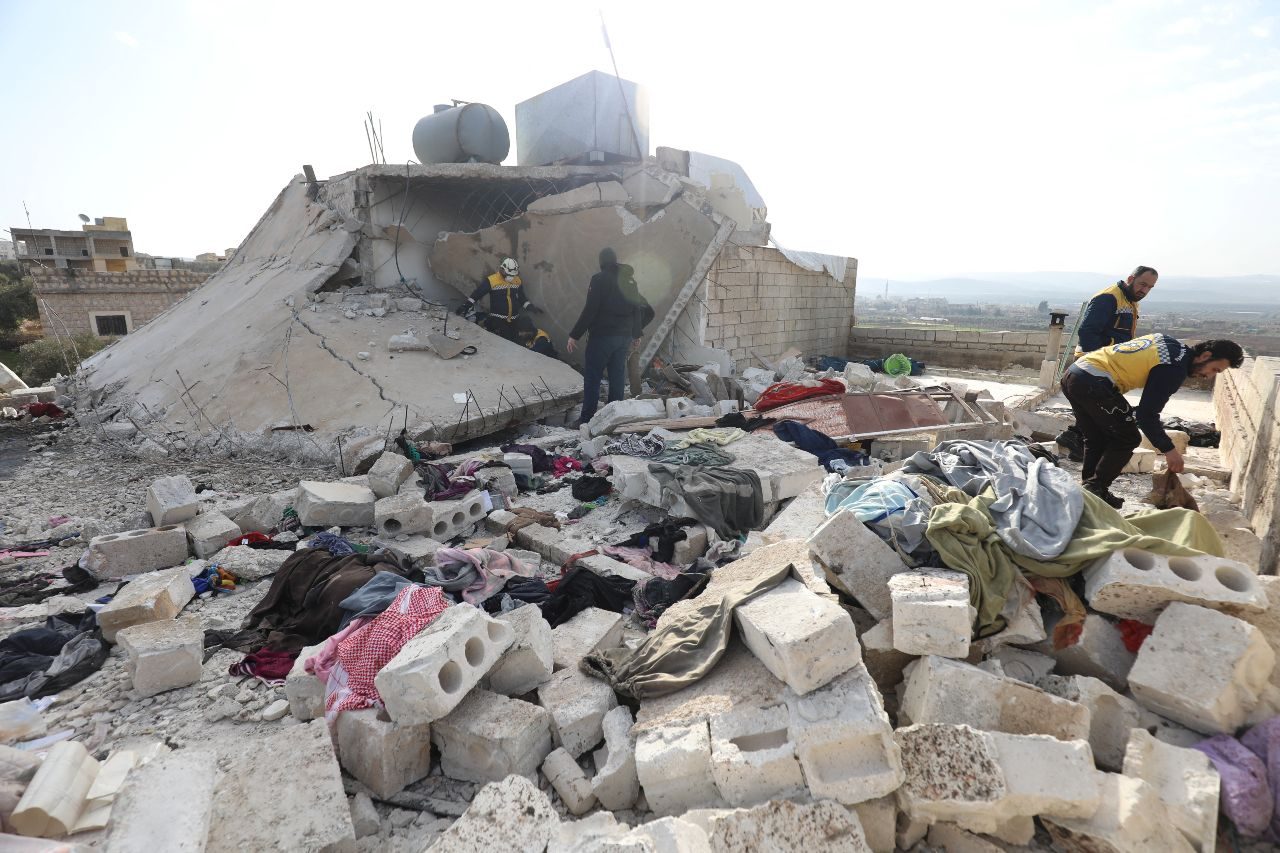 AFTERMATH. Emergency personnel search through debris in the aftermath of a counter-terrorism mission conducted by the US Special Operations Forces in Atmeh, Syria, February 3, 2022. Mohamed Al-Daher/Handout via REUTERS THIS IMAGE HAS BEEN SUPPLIED BY A THIRD PARTY. MANDATORY CREDIT. NO RESALES. NO ARCHIVES.

AMMAN/ATMEH, Syria – In a corner of Syria crammed with people uprooted by 11 years of civil war, the leader of Islamic State and his family hid in plain sight: they kept to themselves, neighbors did not pry into each other’s past, the rent was paid on time.

The status quo was shattered on Thursday night, February 3, when US special forces swept into the town of Atmeh in northwest Syria to raid his hideout.

Abu Ibrahim al-Hashemi al-Quraishi, head of one of the world’s most feared militant groups, blew himself up to evade capture, killing several family members and others in the blast, according to the United States.

His death marks a blow to Islamic State as its fighters reemerge as a deadly threat in Syria and Iraq.

Until that point, locals believed that Quraishi was a Syrian merchant from Aleppo who had brought his family to the relative safety of Atmeh near the Turkish border, far from the frontlines of the Syrian conflict. 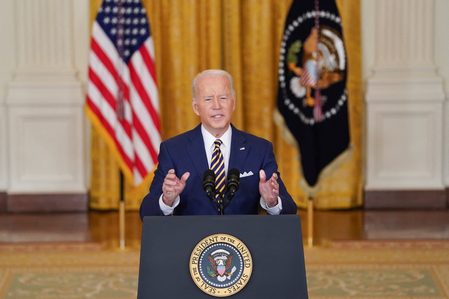 There was little to draw attention to the three-storey building on the edge of town since Quraishi, an Iraqi, rented an apartment there a year ago, taking the first floor initially before expanding to rent the top one too.

The children were generally well behaved and kept out of sight, sometimes accompanying their mother to the shops, said a woman who lived on the ground floor and knew her neighbors as “the family of Abu Ahmed”.

“They kept to themselves and our kids played with their kids occasionally outside, but we never socialized with them,” the woman, who gave her name as Ameena, said in a phone interview. She declined to give her full name for fear of retribution.

Ameena said she was once invited for tea by one of Quraishi’s wives, Um Ahmad. She told Ameena her husband was a trader from Aleppo who had fled the city during the war. With hindsight, Ameena said she was struck by how rarely she saw him.

While the family were not from Atmeh, this did not draw attention in an area where tens of thousands of people have fled from all over the country.

“We thought they could have gone through a lot, but as you know, here everyone has a tragedy and people rarely speak of what happened to them these years and everyone prefers to keep to themselves,” Ameena said.

Hiding near the enemy

Quraishi took over the leadership of Islamic State following the death in 2019 of its founder Abu Bakr al-Baghdadi, who also died during a raid by US commandos when he detonated explosives.

Baghdadi had also been hiding in northwest Syria, the last major bastion of rebels fighting President Bashar al-Assad. Baghdadi’s hideout was some 25 kilometers (15 miles) from Atmeh, also in Idlib province.

Quraishi’s hideout was close to a checkpoint operated by the armed group that controls most of the Idlib area Hayat Tahrir al-Sham, a jihadist faction formerly known as the Nusra Front that has been an Islamic State adversary for years.

It was also not far from Turkish troop positions in the nearby Afrin area of northwestern Syria.

Despite the close proximity of hostile forces, this was a relatively good hiding place for Quraishi as he sought to revive the fortunes of Islamic State, which controlled a third of Iraq and Syria in 2014 before being beaten into retreat.

Syrians say it is easy for strangers to go unnoticed. Beyond the internally displaced, the area also hosts foreign Islamists who travelled to the country during the war either as fighters or civilian volunteers.

Last October, another senior Islamic State leader, Sami Jasim, was captured in northwestern Syria in an Iraqi operation carried out with Turkish help.

A senior White House official said the blast was believed to have killed Quraishi, his two wives and a child on one floor, and likely a child who was on another floor with Quraishi’s lieutenant and his wife, who were killed after firing on US forces. Neighbors said four children were rescued after the assault: a 12-year-old girl, boys aged 7 and 4, and an infant. It was not clear if they were related to Quraishi. The badly damaged apartments were strewn with children’s toys, witnesses added.

The US official said Quraishi had been using the house and an unwitting family living on the first floor as a “protective shield,” a factor that complicated planning for the raid.

The landlord’s son told Reuters that each apartment was rented for $160 a month.

“My dad entrusted me to take the rent and if he (Quraishi) had water or electricity or internet issues we’d help him. We didn’t know more about him,” the son, who gave his name as Abu Omar, said.

Ahmed al Saloum, a 56-year-old carpenter who lived nearby, said he often saw a woman hanging laundry from a second floor balcony. “They never aroused any suspicion,” he said. – Rappler.com