Israel fires at south Lebanon in response to rocket launches 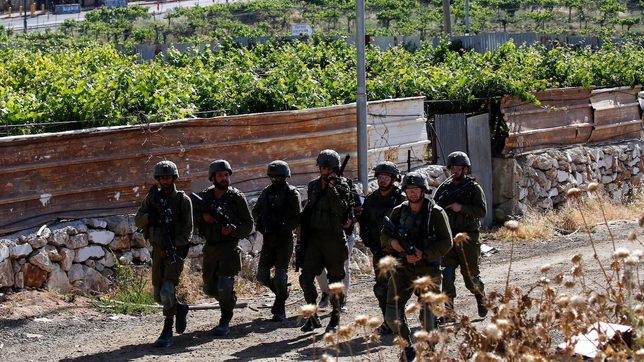 Israeli soldiers walk near the site of a security incident near Hebron in the Israeli-occupied West Bank, May 19, 2021.

Israel fired artillery at targets in Lebanon on Wednesday, May 19, after four rockets were launched towards Israel from Lebanese territory, the Israeli military said.

Israel’s missile defenses intercepted one of the projectiles and “the rest most likely fell in open areas”, the military said. The rockets caused air raid sirens to blare in the northern Israeli city of Haifa and areas to the east.

Security sources in Lebanon confirmed that four rockets had been launched towards Israel from Seddiqine, a village in the region of Lebanon’s southern coastal city of Tyre.

It was not immediately clear who had fired the rockets, and there were no reports of damage on either side.

It was the third incident of rocket fire from Lebanon since hostilities between Israel and Palestinian militants in Gaza flared up on May 10.

On Monday, six shells were fired from Lebanon towards northern Israel but fell short of the border, drawing retaliatory Israeli artillery fire. Three rockets launched towards Israel on Thursday landed in the Mediterranean Sea, causing no damage or casualties.

Israel fought a war in 2006 against Hezbollah guerrillas, who have sway in southern Lebanon and access to advanced rockets. The border has been mostly quiet since then.

Small Palestinian factions in Lebanon have fired on Israel sporadically in the past. – Rappler.com