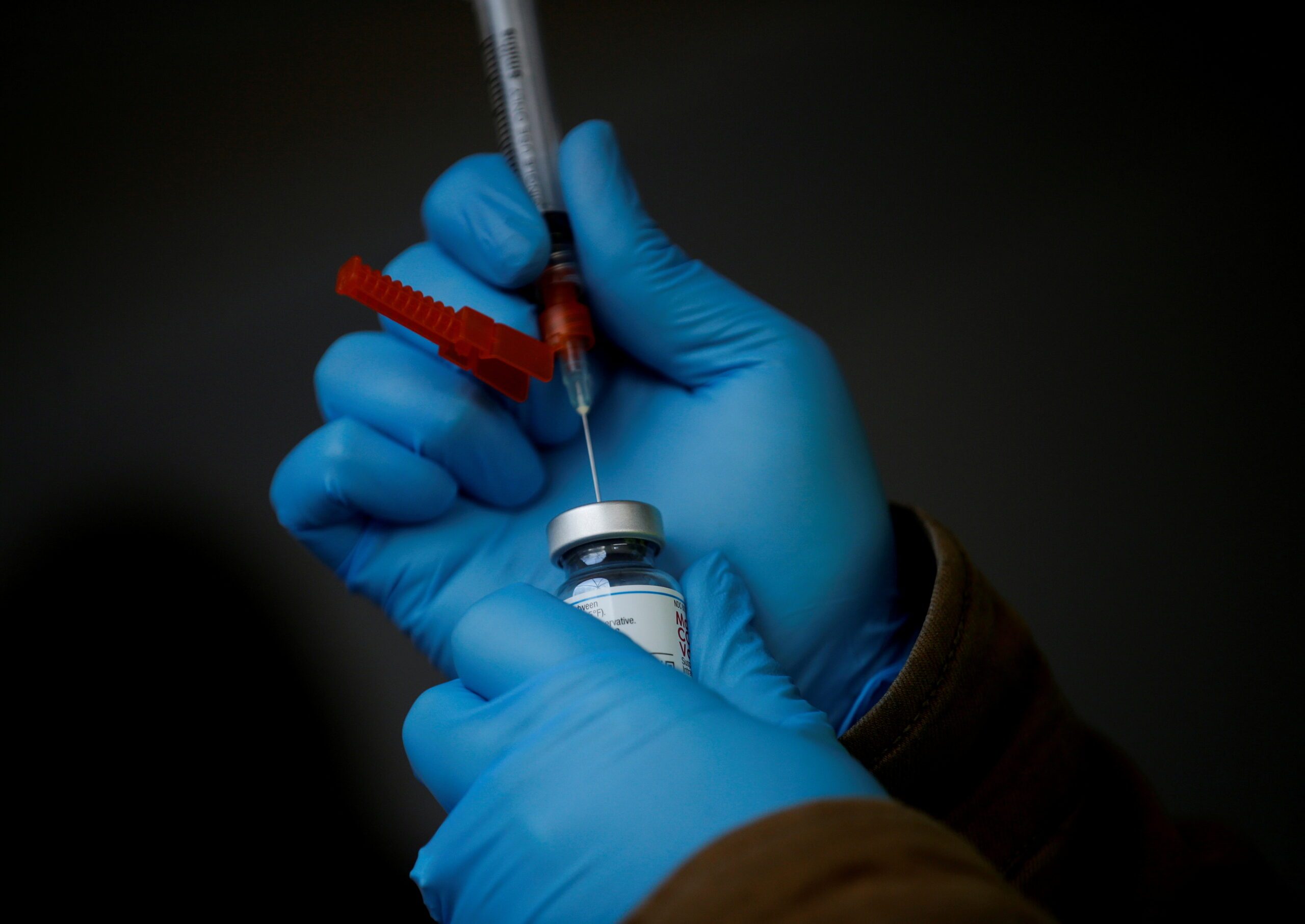 COVID-19 SHOT. A healthcare worker draws a dose of the Moderna COVID-19 vaccine from a vial.

Israel is to offer a fourth dose of a COVID-19 vaccine to people older than 60 or with compromised immune systems, and to health workers, as part of a drive to ramp up the shots and outpace the spread of the Omicron variant of the coronavirus.

A Health Ministry expert panel – whose findings have yet to be implemented – recommended on Tuesday, December 21, that those eligible receive the fourth shot at least four months after receiving their third.

Prime Minister Naftali Bennett, who has sought to drum up higher Israeli turnout for vaccines, welcomed the panel’s statement as “great news that will help us overcome the Omicron wave that is spreading around the world”.

The panel further recommended that the time allotted between second and third shots be reduced to three months from five.

Such measures would be “part of the preparation for the fifth wave” of the pandemic, said the panel’s statement, which did not present specific data behind the recommendations.

“We are seeing a waning of protection against Omicron infection. This wave is growing in surprisingly high numbers… More than 80% of the panel supported this measure,” Arnon Shahar, a doctor on the expert panel, told Israel’s Army Radio.

To go into effect, the recommendations must be approved by the Health Ministry director-general, Nachman Ash. The ministry did not say when that might happen.

After a world-beating vaccine rollout, Israel has seen turnout for the shots plateau. Around 62% of its 9.4 million population have received two doses, according the ministry.

The Bennett government moved quickly against Omicron, barring foreigners from entering Israel on Nov 25 and expanding a list of high-risk countries to which its citizens should not travel to include the United States this week.

On Tuesday, an Israeli hospital reported the country’s first known death of a patient with Omicron, before amending the statement to say a final laboratory investigation had determined he was infected with the Delta variant. Soroka Medical Center said the man, in his 60s and with serious pre-existing conditions, died on Monday, two weeks after he was admitted to a COVID-19 ward.

The Health Ministry said there were at least 340 known cases of Omicron in Israel as of Tuesday.