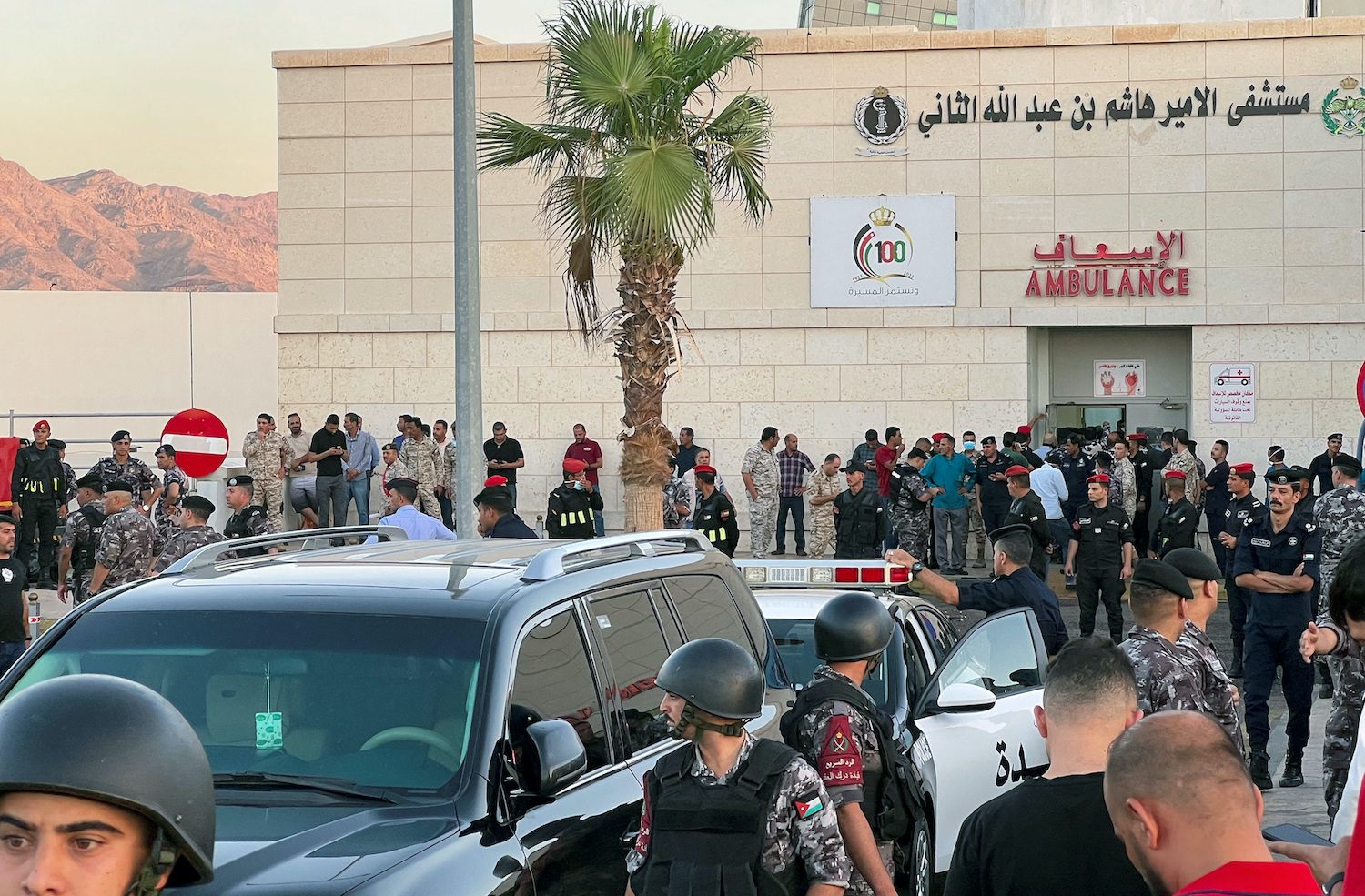 GAS LEAK. Members of the Jordanian Gendarmerie stand outside a hospital after a toxic gas leak from a storage tank at Aqaba port, Jordan, June 27, 2022.

Facebook Twitter Copy URL
Copied
A video shows a storage tank filled with chlorine gas falling from a winch and slamming into the deck of a ship, followed by yellow-colored gas rising into the air

At least 12 people died and 251 were injured in a chlorine gas leak from a storage tank at Jordan’s Aqaba port, officials and state media reported on Monday, June 27.

The leak came after a tank filled with 25 metric tons of chlorine gas being exported to Djibouti fell while being transported, officials said.

A video posted on state television’s Twitter page showed a storage tank falling from a winch and slamming into the deck of a ship, followed by yellow-colored gas rising into the air as people ran away.

Health ministry officials said they expected only a handful of people to remain hospitalized by Tuesday, June 28.

Chlorine is a widely used disinfectant and water purification agent, but if inhaled, the gas turns to hydrochloric acid, which can lead to internal burning and drowning through a reactionary release of water in the lungs.

Jordan’s Aqaba grain silos halted work to allow inspection of its grains and for any signs of contamination, but maritime traffic at Aqaba ports continues, officials said.

There were no vessels unloading any grains cargo at the time of the incident, they added.

Aqaba port at the north end of the Red Sea has long been a major transit route for Iraqi imports and exports.

Prime Minister Bisher al-Khasawneh arrived at Aqaba and headed to a hospital where some of the injured were being treated, state TV reported.

Al-Khasawneh also formed an investigation team into the incident chaired by the interior minister, state TV cited the information minister as saying. – Rappler.com