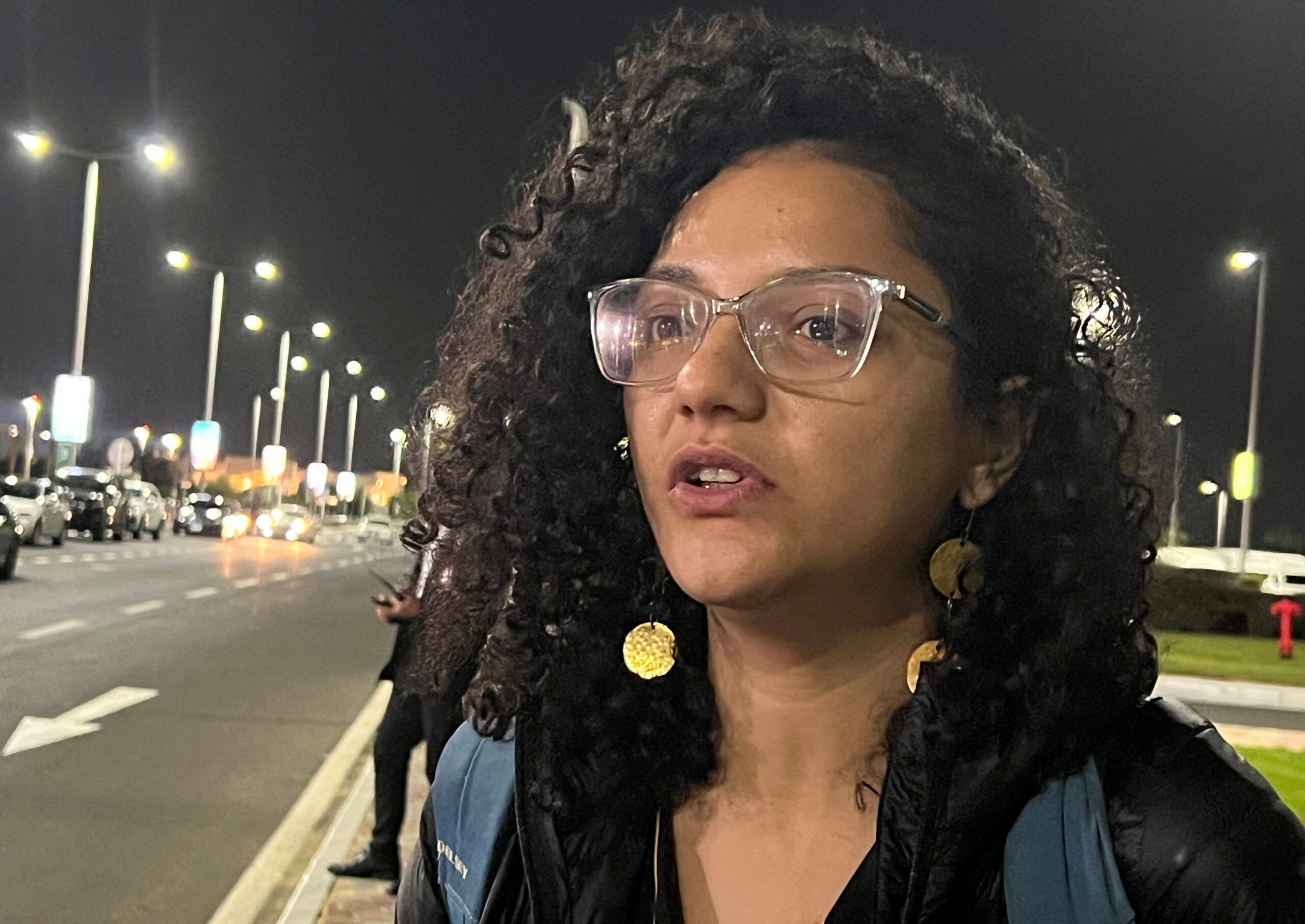 APPEAL. Sanaa Seif, sister of jailed Egyptian activist Alaa Abdel Fattah, speaks to Reuters upon her arrival to press for his release during COP27, at the Red Sea resort in Sharm El-Sheikh, Egypt, November 7, 2022.

Facebook Twitter Copy URL
Copied
Mona Seif resubmitts a request for clemency, which she first made in June, along with a personal plea to Egypt's President Abdel Fattah al-Sisi

SHARM EL-SHEIKH, Egypt – A sister of jailed hunger striker Alaa Abd el Fattah said she has appealed directly to Egypt’s president for an amnesty for her brother, whose protest has overshadowed a global climate summit in Egypt this week.

Mona Seif resubmitted a request for clemency, which she first made in June, along with a personal plea to Egypt’s President Abdel Fattah al-Sisi, she said in a post on social media platform late on Friday, November 11.

Sisi met US President Joe Biden at the COP27 climate summit in the Red Sea resort of Sharm el-Sheikh on Friday. Without naming Abd el-Fattah, the White House said Biden raised human rights during their talks.

Sisi said he told Biden that Egypt has launched a national strategy for human rights and a national dialogue.

Abd el-Fattah, a prominent blogger and activist who has been in detention for much of the last decade, has been on hunger strike since April 2. He said he would stop drinking water on Sunday, to coincide with the opening of the climate talks. British Prime Minister Rishi Sunak and other European leaders said they raised the case of Abd el-Fattah, an Egyptian-British national, when they attended the summit.

Abd el-Fattah’s mother, who has been making daily visits to the prison northwest of Cairo where Abd el-Fattah is being held, has received no news from her son but said prison officials told her on Thursday that medical intervention was made for his health.

His lawyer Khaled Ali went to the prison on Thursday after receiving a rare authorization to visit from the public prosecutor, but said he was denied access on the grounds that the permit carried Wednesday’s date.

Abd el-Fattah rose to prominence in Egypt’s 2011 uprising before being swept up in a far-reaching crackdown on political dissent after Sisi, then army chief, led the 2013 ouster of Egypt’s first democratically elected president, Mohamed Mursi.

Rights groups say tens of thousands of people have been arrested since then including Islamists, leftists and liberals. Sisi and his supporters say security and stability are paramount. – Rappler.com