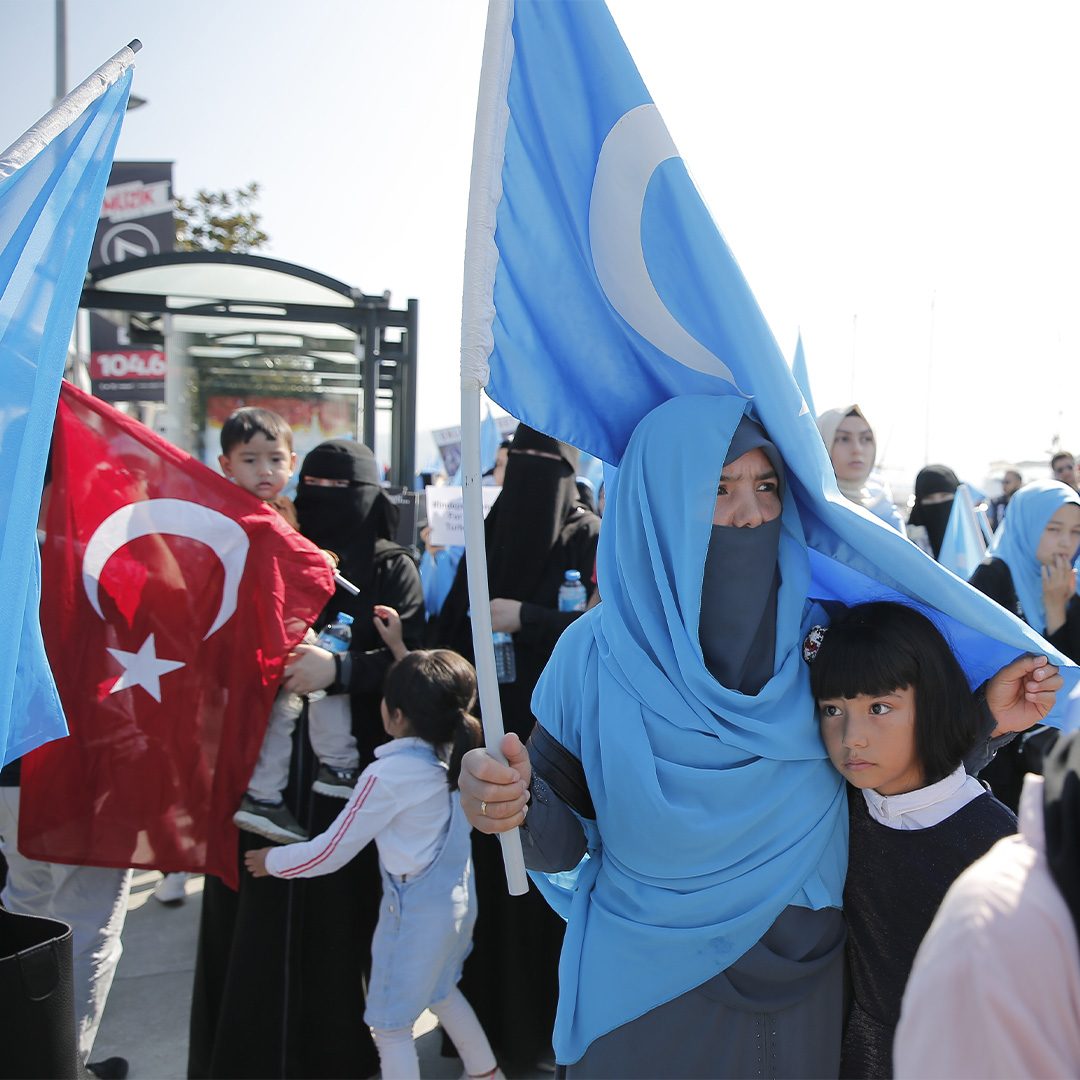 Ethnic Uighurs are seen during a protest against China near the Chinese consulate in Istanbul, Turkey, on December 15, 2019.

File photo from from Shutterstock

Activists are worried that China is using access to its coronavirus vaccine as a means to pressure Turkey into deporting Uighur exiles back to the autonomous region of Xinjiang, where they face repression, possible forced labor and detention without trial.

Beijing recently ratified an extradition treaty with Turkey. Human rights groups say that the document could have devastating consequences for members of the country’s 50,000-strong Uighur community.

While the treaty has not yet been signed off by the Turkish government, critics worry it could lead to the forced return of Uighurs to China. “If adopted by Turkey, the extradition treaty is likely to become another instrument of persecution for China, aiding the Chinese government in its coordinated efforts to forcibly return Uighurs living abroad,” the Munich-based World Uighur Congress said in a statement made in late December.

Originally promised in December, the delivery of the CoronaVac vaccine to Turkish authorities was delayed by two weeks, reportedly owing to customs issues.

However, there has been speculation that China was withholding it to force the government of President Recep Tayyip Erdogan to finalize the agreement. Now, as the first shipments are arriving, mistrust — both in the vaccine and Turkey’s ability to keep Uighurs safe — is increasing.

Turkey’s deal with Beijing promises the purchase of 50 million doses of CoronaVac, with Turkish authorities preparing to roll out the shot by Friday. Chinese officials have described the agreement as a sign of closer bilateral ties between the two countries.

According to reports, Turkish opposition politician Lutfu Turkkan of the secular centrist Iyi Party, has accused President Recep Tayyip Erdogan’s government of allowing China to use coronavirus immunization as a bargaining tool. “They will return Uighur Turks to China to get the vaccine,” he said.

Erdogan, leader of Turkey’s conservative Islamist AK Parti, has performed a diplomatic balancing act in his dealings with China, a key economic partner, over the Uighur issue. Turkey continues to give sanctuary to Uighurs fleeing persecution in Xinjiang, but has also been accused of cooperating in their deportation to China via third countries. Ankara has also remained relatively tight-lipped over Xinjiang’s arbitrary detention system, in which an estimated one million Uighurs and members of other Muslim groups are held.

“Turkey buying the vaccine from China means it will now be really hard for Turkey to stand up for the Uighurs,” said Nursiman Abdureshid, 32, an Uighur activist who came to Istanbul as a student in 2015.

The outlook for exiled Uighurs certainly appears bleak. In December, China’s state-backed Global Times reported that Turkish Foreign Minister Mevlut Cavusoglu had pledged that Turkish authorities will not allow anyone in the country to “undermine China’s sovereignty and territorial integrity.”

“China has worked for years to strong-arm governments into returning Uighurs from abroad, often using economic or other incentives to force their partners to capitulate,” explained Peter Irwin of the Washington D.C.-based Uighur Human Rights Project.

Confidence in CoronaVac is already low in Turkey, with just 11% of citizens saying they would take it. Jevlan Shirmehmet, a 29-year-old Uighur activist based in Istanbul, explained his Turkish friends have asked him whether they should trust the vaccine. “Our answer is always the same: we don’t believe China,” he said.

In recent weeks, Uighur activists have kept a daily vigil outside the Chinese consulate in Istanbul, protesting against Beijing’s influence over Turkey and demanding details of missing family members in Xinjiang.

Abdureshid said the resolve of the wider community is being tested by these new developments. “When people saw that Turkey is relying on China to get through the pandemic, because they need the vaccine, they kind of lost hope.” – Rappler.com

Isobel Cockerell is a reporter with Coda Story. A graduate of Columbia Journalism School, she has also reported for WIRED, USA Today, Rappler, The Daily Beast, the Huffington Post and others.