MANILA, Philippines - He may be seen as less conservative than most, but newly-elected Pope Francis is definitely no liberal.

In the late 1970s and early 1980s, when many Latin American priests like the assassinated San Salvador Archbishop Oscar Romero were pushing for radical change to fight poverty, Cardinal Jorge Bergoglio -- then known only as father Jorge -- was discreetly supporting the military regime of his namesake General Jorge Rafael Videla in Argentina, accounts from the time say.

Videla's henchmen are accused of the disappearance of about 30,000 people while the junta waged war on allies of former President Juan Peron.

The highly influential Catholic Church in general, and the Order of Jesus in particular, legitimized military rule and "advised" the generals on how to dispose of its political enemies without attracting the attention of the Vatican, Argentinian and foreign historians recall.

Bergoglio, whether willing or not, was a part of this, and to this day has never apologized for his actions or the role of the Church during Argentina's "Dirty War" against its own citizens. 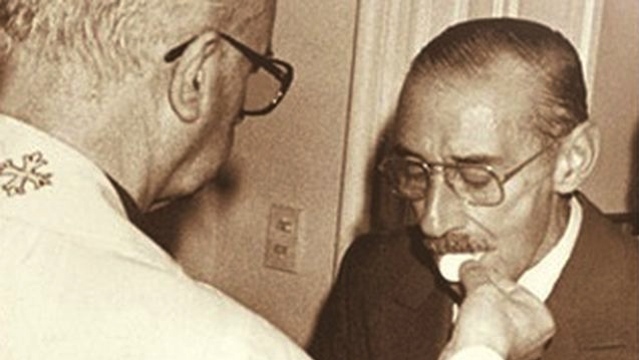 In 1973, three years before Videla took over in a coup, Father Jorge was appointed "Provincial," the highest-ranking member of the Jesuit order in the country.

Bercoglio did not directly support the junta, but he didn't speak up against it, unlike Jesus Francisco Jalics and Orlando Yorio, two left-wing Jesuit priests who were kidnapped and tortured for 6 months in 1976, according to Time's fast facts on the new pope.

In 2005, and according to the Los Angeles Times, human rights lawyer Myriam Bregman filed a criminal suit against the then Cardinal and Buenos Aires Archbishop for conspiring with the military to abduct Jalics and Yorio, and in 2010 he was also accused by an association of survivors of the "Dirty War."

Bercoglio then claimed that he had instructed the priests to abandon their pastoral work after divisions had erupted within the Order of Jesus over how to deal with the junta.

The leadership of the Church firmly supported Videla, while the grassroots opposed the military and wanted to expose its human rights violations.

Bercoglio said in 2010 that he never "abandoned" the priests and even asked Videla and his top lieutenant, Admiral Emilio Massera, to save their lives.

However he never explained why he allowed them to be kidnapped in the first place.

SEEKING JUSTICE. The mothers of Argentinians who 'disappeared' during the years of military rule still meet every Thursday at the Plaza de Mayo in Buenos Aires to remember their lost children.

Not only the kidnapping haunts Pope Francis' past.

In 1977, the De la Cuadra family -- which lost 5 members to Videla's death squads -- appealed to Bergoglio for protection.

Canada-based Digital Journal reports that he did not refuse but assigned the case to a low-ranking official who later simply informed that one of the family members, a pregnant woman, was kept alive only long enough to give birth to a baby that would be handed over to another family.

Baby stealing from political dissidents was a widespread practice under Videla, and the Madres de Plaza de Mayo association claims hundreds of infants were seized and raised by military officials who could not have children.

The De la Cuadra family still keeps the letter signed by a colonel as proof that Bergoglio was aware of the scheme, but he denied it in 2010.

That year the cardinal was questioned about his role in the "Dirty War," but he refused to appear in open court and only agreed to be questioned by an investigator inside his own office.

Bergoglio's testimony disappointed many victims of the dictatorship, and the De la Cuadras say they will never forgive him for his actions. 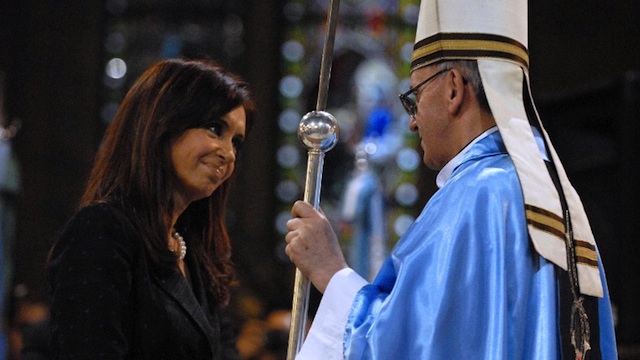 After democracy was restored in Argentina in 1983, Bergoglio kept a low profile until in 1992 when he was named Auxiliary Archbishop of Buenos Aires and finally in 1998 Archbishop of the Argentinian capital.

Bergoglio, as head of the country's Catholic Church, was a staunch advocate against reproductive health and in 2005 suggested priests to refuse communion to officials and medical professionals that performed abortions.

His conservation surfaced anew in 2010, when he led the opposition to the legalization of gay marriage.

But the cardinal's main enemy turned out to be the Kirchner dynasty: the late Nestor Kirchner, President from 2003 to 2007, and his wife Cristina Fernandez de Kirchner, the current President who succeeded her in 2007, according to Argentinian daily La Nacion.

Bergoglio resented the Kirchners for prosecuting Videla and other generals, and would express his views during his sermons in such a way that prompted the couple to stop attending the yearly Te Deum mass in the Buenos Aires Cathedral to avoid the cardinal's attacks.

Cristina Fernandez on Wednesday, March 14 congratulated Bergoglio for his appointment as Pope Francis in a short letter in which she expressed her "consideration and respect" to the new pontiff. - Rappler.com