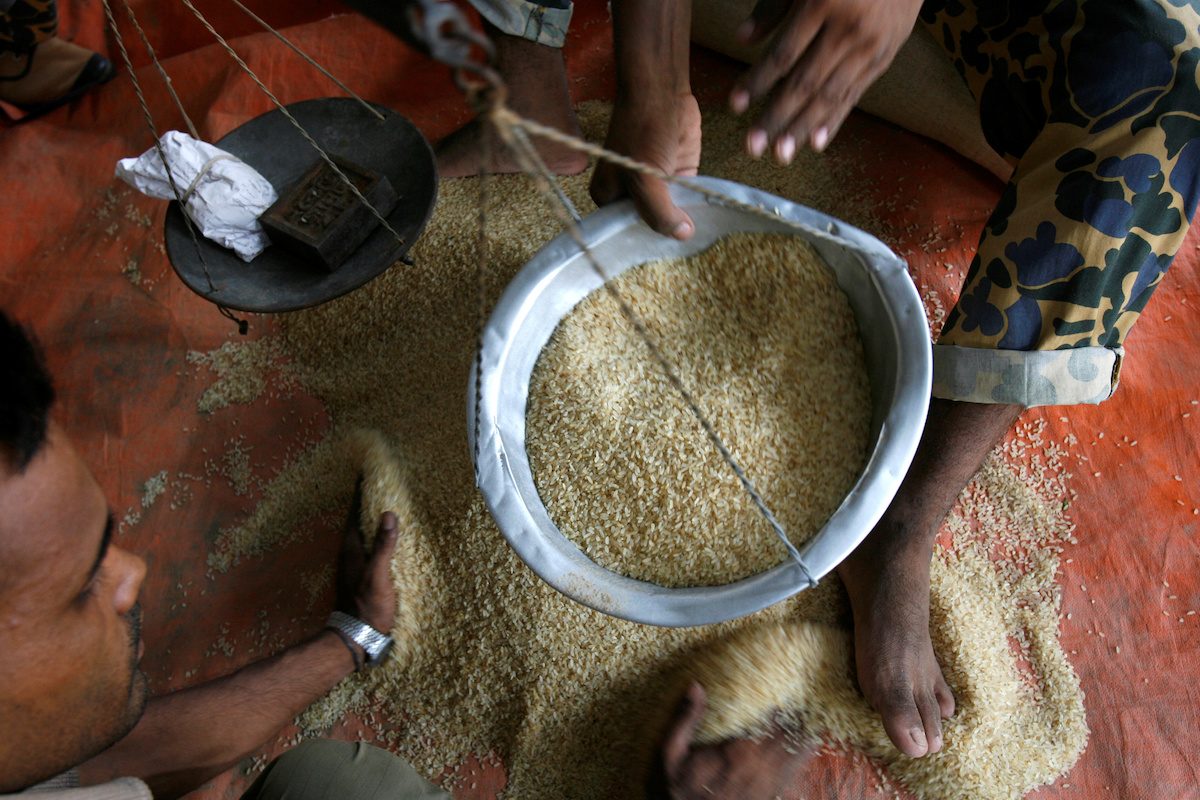 BUYING RICE. In this file photo, Bangladesh Rifles (BDR) members measure rice at an outlet in Dhaka on August 21, 2008.

Facebook Twitter Copy URL
Copied
The deal will be signed soon and the rice will be delivered by April in phases, says the country's food ministry secretary

Bangladesh will buy 100,000 tons of rice from Myanmar, putting aside a rift over the Rohingya refugee crisis as the government races to overcome a shortage of the staple food for the country’s more than 160 million people.

High rice prices pose a problem for the Dhaka government, which is ramping up efforts to replenish its depleted reserves after floods last year ravaged crops and sent prices to a record high.

Muslim-majority Bangladesh and mostly Buddhist Myanmar have been at odds over the more than 1 million Muslim Rohingya refugees in camps in southern Bangladesh. The vast majority of them fled Myanmar in 2017 from a military-led crackdown that U.N investigators said was executed with “genocidal intent” – assertions that Myanmar denies.

Bangladesh will import white rice in a government-to-government deal at $485 a ton, including cost, insurance and freight (CIF) liner out basis, said Mosammat Nazmanara Khanum, the secretary at the country’s food ministry.

“Our main priority is to bring down the prices of rice,” Khanum told Reuters on Sunday, adding the government could buy as much as 10 million tons while private traders are allowed to buy another 10 million tons in the year to June.

The deal will be signed soon and the rice will be delivered by April in phases, she said.

Bangladesh is also buying 150,000 tons of rice from India’s state-run firm NAFED in a government-to-government deal while it has issued a series of tender to buy the grain.

“We could buy more rice from India in state-to-state deals,” Khanum said, adding that the Food Ministry was holding talks with several other Indian state agencies.

Bangladesh, traditionally the world’s third-biggest rice producer with around 35 million tons annually, uses almost all its production to feed its people. It still often requires imports to cope with shortages caused by floods or droughts. – Rappler.com