‘Don’t panic and get back to work,’ Taliban order former officials 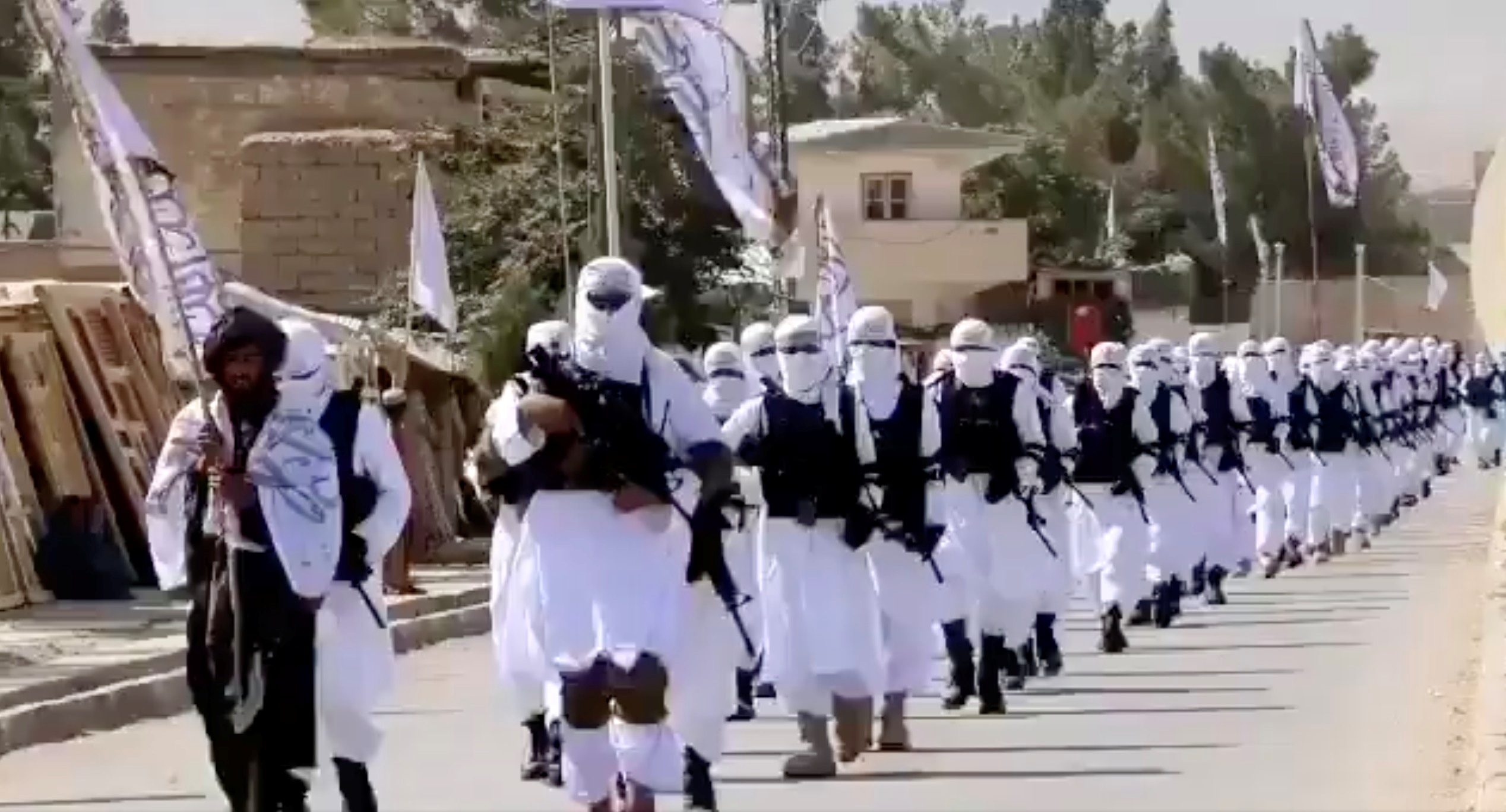 PARADE. Taliban fighters march in uniforms on the street in Qalat, Zabul Province, Afghanistan, in this still image taken from social media video uploaded August 19, 2021 and obtained by Reuters.

Facebook Twitter Copy URL
Copied
Sohrab Sikandar, who works in the finance ministry's revenue department, says he has not seen any of his female colleagues since he went back to the office

Ashraf Haidari, an economist at the Aghan finance ministry, was waiting anxiously at home when a call came from the Taliban: a commander ordered him back to work so he could help run the country once the “crazy foreigners” had left.

Like thousands of others working for the outgoing Western-backed administration, swept aside by the Islamist militants’ lightning conquest of Afghanistan, he worried he might be the victim of reprisals.

On the other end of the line was a Taliban commander, urging Haidari to return to his ministry where he works allocating funds to the country’s 34 provinces.

“He said don’t panic or try to go into hiding, the officials need your expertise to run our country after the crazy foreigners leave,” Haidari, 47, told Reuters.

To fit in with the norms of the previous Taliban rule, when they brutally enforced a strict interpretation of Islamic law, Haidari grew a beard. After the phone call on Sunday, he swapped his suit for traditional Afghan robes to meet his new bosses.

Reuters spoke to three other mid-level officials at Afghanistan’s finance ministry and central bank who said they had been told by the Taliban to return to work, as the country faces economic upheaval and a shortage of cash.

Sohrab Sikandar, who works in the finance ministry’s revenue department, said he had not seen any of his female colleagues since he went back to the office.

During the Taliban’s 1996-2001 rule, women could not work, had to cover their face, and be accompanied by a male relative if they wanted to venture out of their homes.

Taliban spokespeople have sought to reassure Afghans that they were not out for revenge and that they would allow women to work, as long as their jobs were consistent with Islamic law.

But reports of house-to-house searches, women being forced from jobs, and reprisals against former security officials and ethnic minorities have made people wary. The Taliban have vowed to investigate reported abuses.

Taliban spokesperson Zabihullah Mujahid told reporters in Kabul on Tuesday that it “was time for people to work for their country.” He added that the Taliban were working on procedures for female government workers to return to their jobs but that for now they should stay home for “security” reasons.

Widespread destruction during a 20-year war between US-backed government forces and the Taliban, the drop in local spending due to departing foreign troops, a tumbling currency, and lack of dollars are fueling financial crisis.

An Afghanistan central bank official, who said he had returned to work and wished to remain anonymous, told Reuters the Taliban had so far only recalled a few officials, mainly in the finance and interior ministries.

Leaders of the Taliban have begun talks on forming a government that have included discussions with some former foes from past administrations, including ex-president Hamid Karzai.

The Pajhwok news agency reported that Taliban officials had been appointed to various posts including a governor of Kabul, acting interior and finance ministers and intelligence chief.

Haidari, the economist at the finance ministry, said he didn’t tell his family when he left his house on Monday for his first day at work under Taliban rule to “avoid panic.”

At the office he was greeted by three Taliban officials who told him he would soon be joined by other colleagues and that they needed to focus on sending money to the provinces.

One official, who said he was in charge of security for the ministry, told Haidari that prayer breaks were mandatory.

“They are not carrying guns inside the building and one of them said we can learn from your expertise,” Haidari said.

Unlike some fellow citizens desperately trying to leave the country, he plans to stay put. – Rappler.com