EU must take in Afghans, some may face ‘revenge’ – European Parliament chief 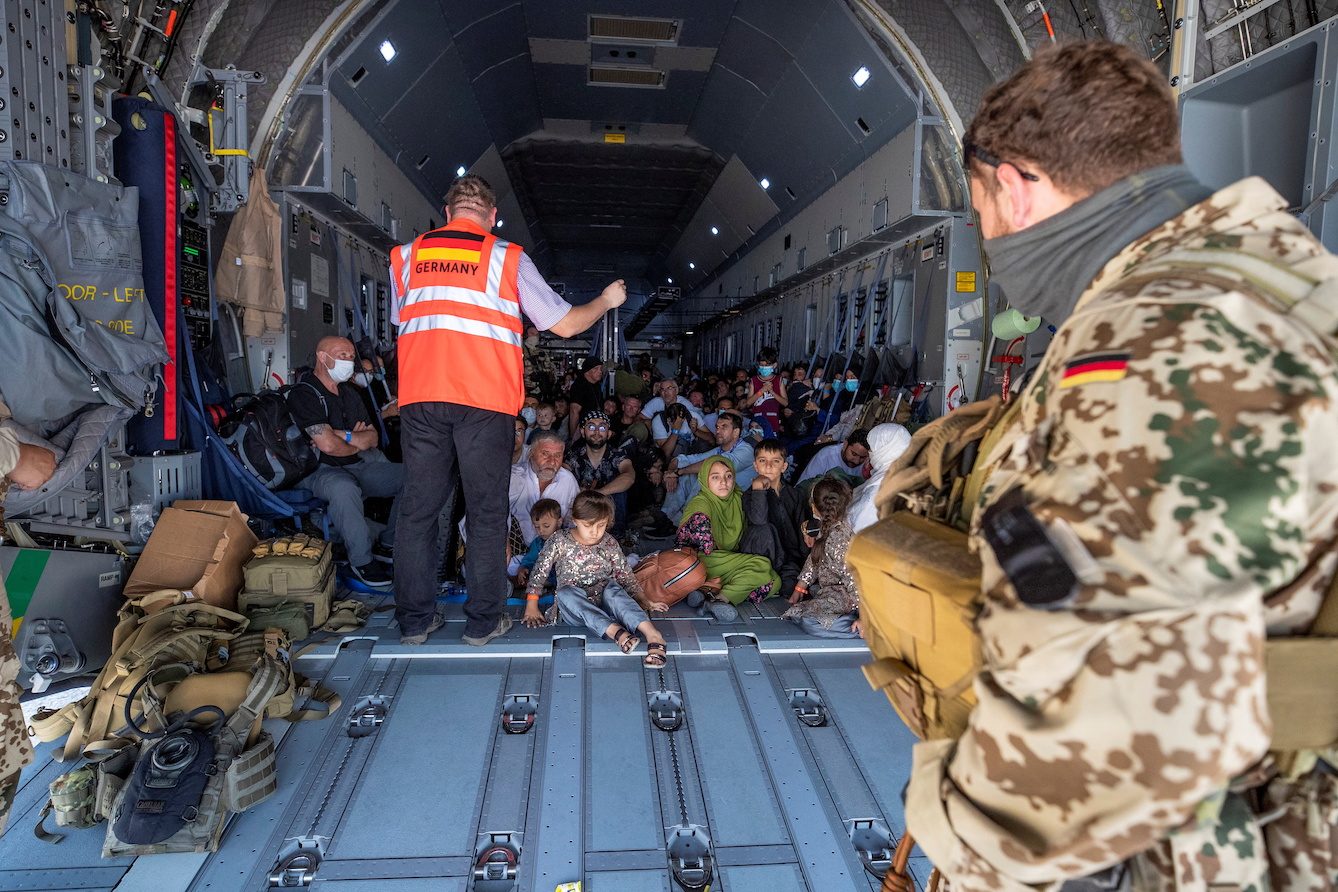 A handout photo obtained from the Bundeswehr Twitter account @Bw_Einsatz on August 18, 2021 shows staff talking to evacuees from Afghanistan as they arrive in an Airbus A400 transport aircraft of the German Air Force Luftwaffe in Tashkent, Uzbekistan.

Facebook Twitter Copy URL
Copied
'We must protect those who worked and cooperated with us, we cannot allow them to be left to face revenge,' says European Parliament President

The European Union has a responsibility to accept Afghan refugees and cannot leave people who worked for the bloc in Afghanistan to “face revenge,” European Parliament President David Sassoli said on Wednesday, August 18.

He said refugees arriving from Afghanistan, which is now in the hands of the Taliban, should be distributed evenly among EU member states.

Since taking control of Afghanistan as US-led forces withdrew, the Taliban have said they want peace, will not take revenge against old enemies and will respect the rights of women within the framework of Islamic law.

But many Afghans are skeptical of those promises and thousands are desperate to leave, including a large number who helped US-led foreign forces over two decades.

“We must protect those who worked and cooperated with us, we cannot allow them to be left to face revenge”, Sassoli, an Italian, told reporters during a visit to the Lithuanian capital, Vilnius.

“We have a responsibility. I think that European Commission can authorize even distribution of them among the member states to keep a parity, and this can be done quickly.”

More than 2,200 diplomats and other civilians have been evacuated from Afghanistan on military flights, a Western security official told Reuters on Wednesday. The official did not say how many Afghans were among those who have left. – Rappler.com