SORROW. A woman cries during the cremation of her husband, who died from COVID-19, at a crematorium in New Delhi, India, on May 5, 2021. 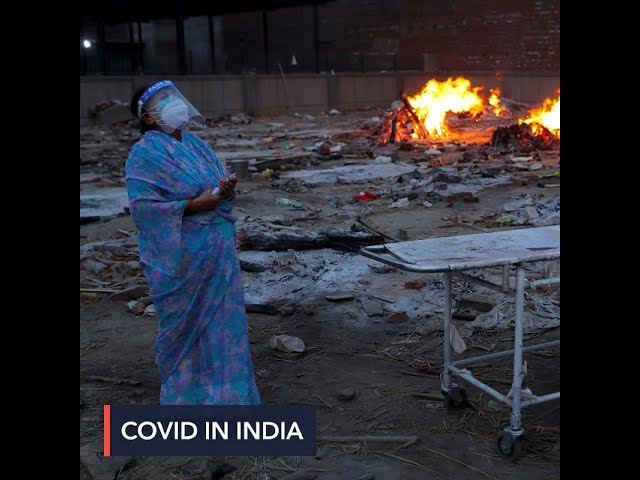 Hopes that India’s deadly second wave of COVID-19 was about to peak were swept away on Thursday, May 6, as it posted record daily infections and deaths and as the virus spread from cities to villages across the world’s second-most populous nation.

Government modeling had forecast a peak in second wave infections by Wednesday, May 5.

“This temporarily halts speculations of a peak,” Rijo M John, a professor at the Indian Institute of Management in the southern state of Kerala, said on Twitter.

With hospitals scrabbling for beds and oxygen in response to the surge in infections, the World Health Organization said in a weekly report that India accounted for nearly half the coronavirus cases reported worldwide last week and a quarter of the deaths.

Medical experts say India’s actual figures could be 5 to 10 times the official tallies.

India’s COVID-19 crisis has been most acute in the capital, New Delhi, among other cities, but in rural areas – home to nearly 70% of India’s 1.3 billion people – limited public healthcare is posing more challenges.

In some villages where the charity works in the northern state of Uttar Pradesh – home to about 200 million people – “there are deaths in almost every second house,” he said.

“People are scared and huddled in their homes with fever and cough. The symptoms are all of COVID-19, but with no information available many think it is seasonal flu.”

India’s Goa state, a hugely popular tourist destination on the western coast, has the highest rate of COVID-19 infections in the country, with up to one in every two people testing positive in recent weeks, government officials said.

Prime Minister Narendra Modi has been widely criticized for not acting sooner to suppress the second wave, after religious festivals and political rallies drew tens of thousands of people in recent weeks and became “super spreader” events.

The surge in infections has also coincided with a dramatic drop in vaccinations because of supply and delivery problems, despite India being a major vaccine producer.

Several states have imposed various levels of social restrictions to try and stem infections, but the federal government has refused to impose a national lockdown.

India’s southern state of Kerala, which has 376,004 active cases, announced it will impose nine days of curbs on movement from Saturday, May 8. 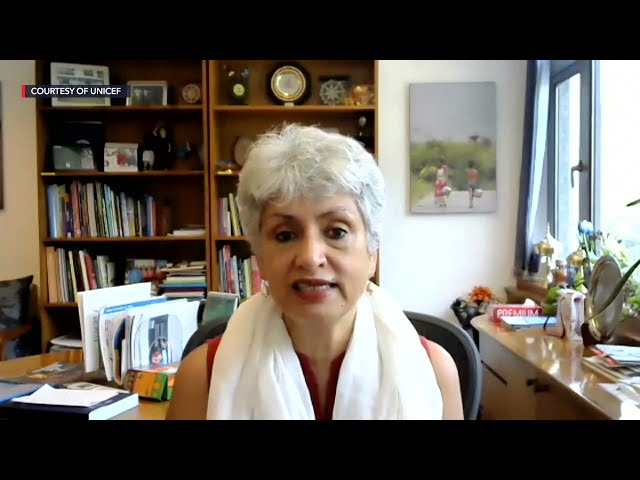 In the capital Delhi, fewer than 20 of more than 5,000 COVID-19 intensive care beds are free at any one time.

Student doctors like Rohan Aggarwal, 26, recruited to fight the second wave, are being forced to make life and death decisions.

His Holy Family Hospital in Delhi normally has a capacity for 275 adults, but is currently caring for 385.

“Who to be saved, who not to be saved should be decided by God,” Aggarwal told Reuters during a grim overnight shift.

“We are not made for that – we are just humans. But at this point in time, we are being made to do this.”

In the office of a Hindu crematorium in Delhi, the floor and shelves are overflowing with earthen pots, plastic packets and steel containers filled with the ashes of the city’s many COVID-19 victims who have been cremated.

Practicing Hindus collect the ashes of the dead a few days after the funeral for immersion in a river or sea, one of the many rituals that they believe lead to salvation of the soul.

“Our lockers are full. We cannot store any more ashes. We used to get around 40 COVID-19 bodies a day. We are now telling relatives to take the ashes with them on the same day.” Pankaj Sharma, a manager at the crematorium told Reuters.

While India is the world’s biggest vaccine maker, it is struggling to produce enough product for the surge in infections. Its two current vaccine producers will take two months or more to boost total monthly output from the current 70 million to 80 million doses.

The country’s top scientific adviser has warned of a possible third wave of infections.

“Phase 3 is inevitable, given the high levels of circulating virus,” the government’s principal scientific adviser, K. VijayRaghavan told a news briefing on Wednesday.

“But it is not clear on what time scale this phase 3 will occur…. We should prepare for new waves.” – Rappler.com