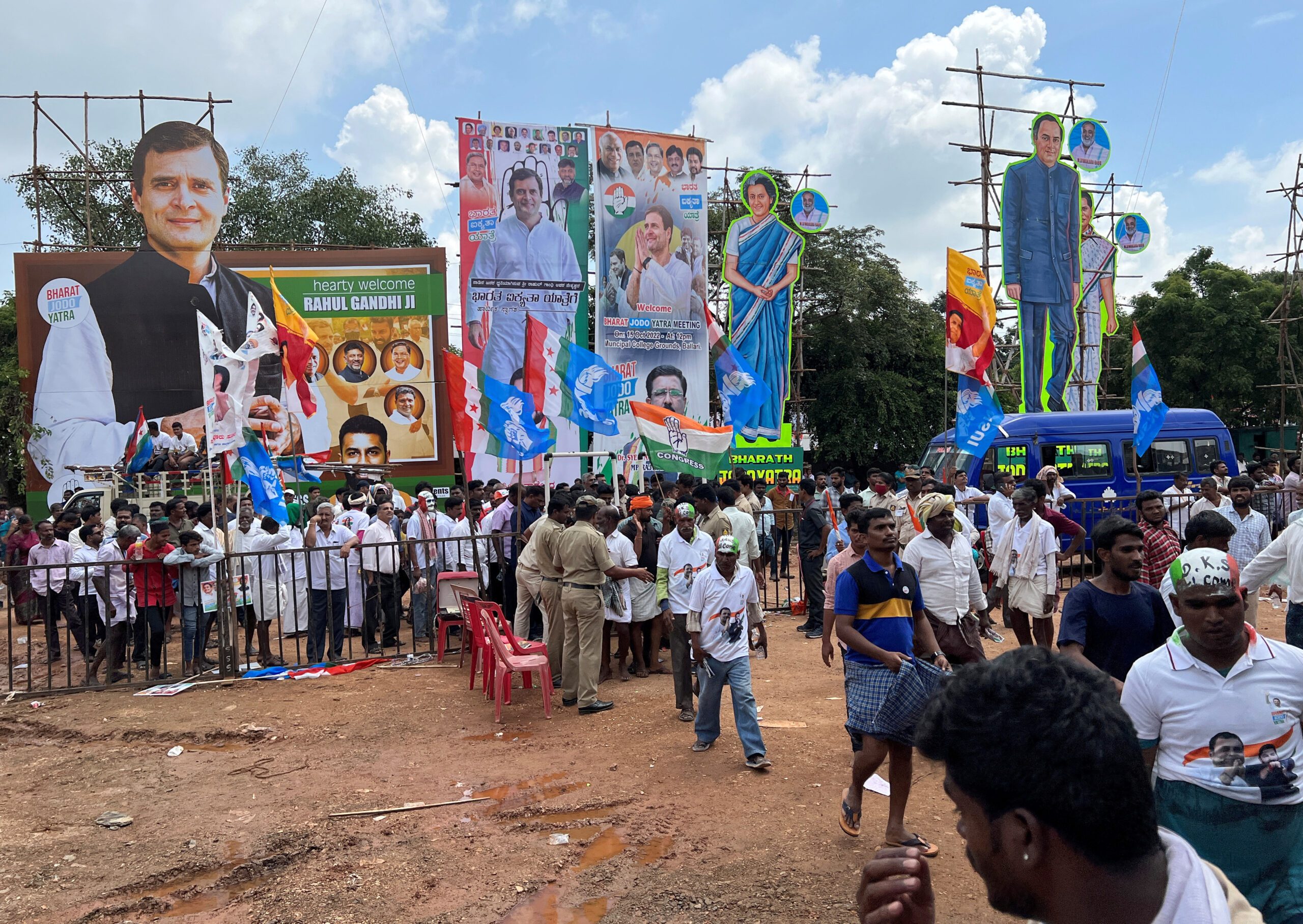 PROTEST. Police frisk supporters of India's main opposition Congress party as they arrive to attend a rally addressed by the party's leader Rahul Gandhi during his ongoing Bharat Jodo Yatra (Unite India March) in Ballari in the state of Karnataka, India, October 15, 2022.

The party launched the more than 3,500 kilometers, cross-country march in September from the coastal town of Kanyakumari on the southern tip of India to Srinagar in the region of Jammu and Kashmir to mobilize people ahead of the 2024 national elections.

“The Prime Minister used to complain an LPG (cooking gas) cylinder cost 400 rupees. Now it costs more than 1,000 rupees. Can he answer our people today?” Rahul Gandhi, the party’s former president and son of Sonia Gandhi asked amid applause.

He said the government’s policies over the last eight years had led to record-breaking unemployment and price rises, while its leaders were spreading communal hatred among people over religious issues.

The government says it has contained inflation amid climbing global energy and food prices, and is boosting local manufacturing, while denying charges of spreading hatred.

The Congress party, facing a slide in its fortunes after losing many state elections in a row, is preparing to elect a new president from outside the Nehru-Gandhi dynasty for the first time in nearly 25 years.

Many people, including civil society groups, still place hope in the party, which helped lead India’s struggle for independence from Britain and dominated politics for decades after it was achieved in 1947.

“Our living standard has come down over the last few years due to rising prices, while income remains stagnant,” said Raghavendra Gadag, 39, a transporter, who had come to the Congress meeting.

“I hope the Congress can still come back, at least in the state of Karnataka,” he said, referring to elections next year.

Prime Minister Narendra Modi remains popular despite criticism over high inflation and unemployment, and his Bharatiya Janata party expects to hold power in the northern state of Himachal Preadesh and western Gujarat state assembly elections due later this year. – Rappler.com