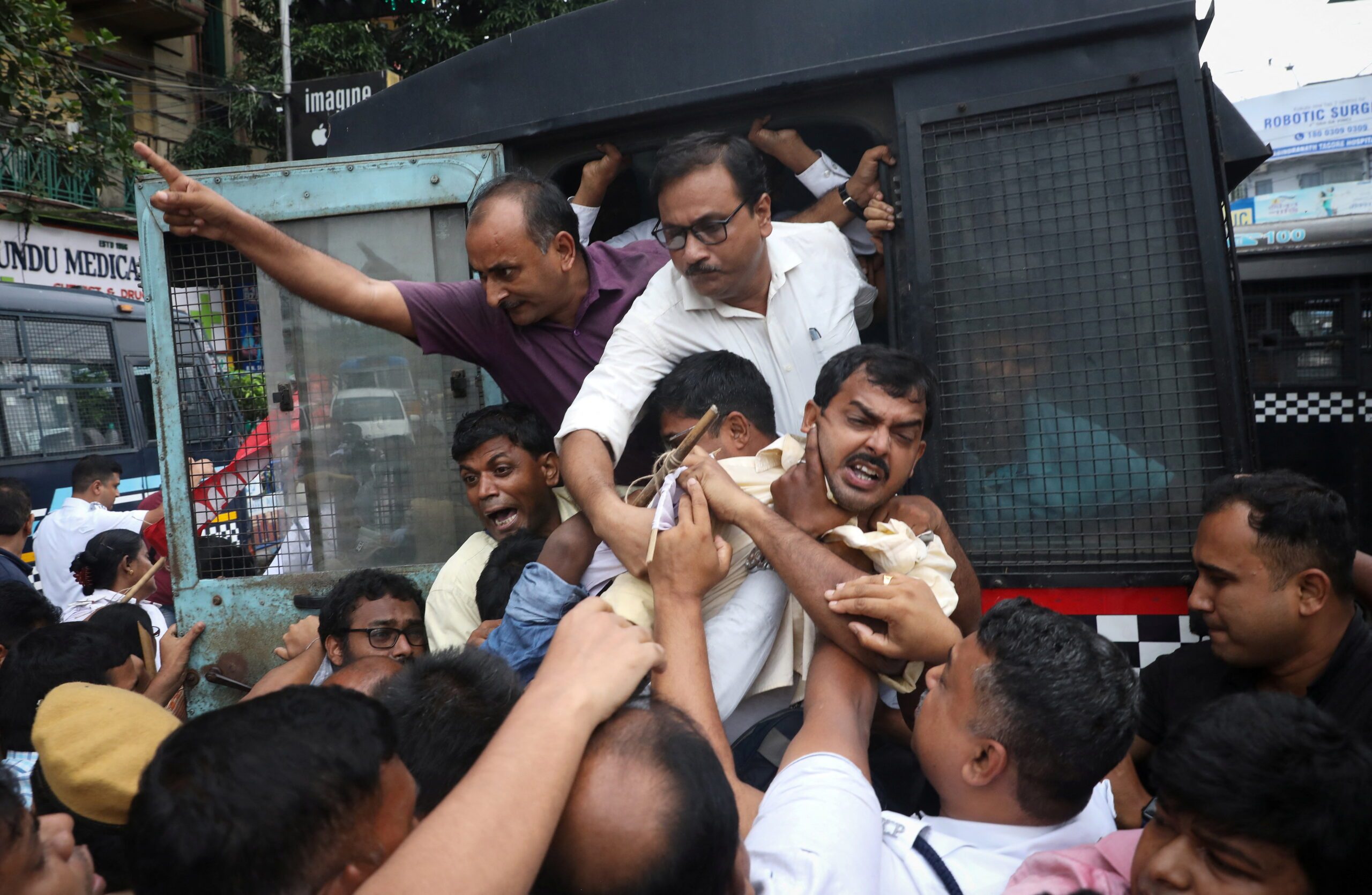 Demonstrators shout slogans from a police vehicle after being detained during a protest against "Agnipath" scheme for recruiting personnel in the armed forces, in Kolkata, India, June 18, 2022.

Prime Minister Narendra Modi’s government has introduced a scheme called Agnipath or “path of fire” designed to bring more people into the military on four-year contracts to lower the average age of India’s 1.38 million-strong armed forces.

A top military general, Lieutenant General Anil Puri, told NDTV news channel that the aim of the plan was to make the military more modern and effective.

Analysts said the new scheme would also help cut burgeoning pension costs, but opponents believe it would limit opportunities for permanent jobs in the defense forces, with implications for salaries, pensions, and other benefits.

Thousands of young men attacked train coaches, burned tires, and clashed with officials at a railway station in Bihar, one of India’s poorest states.

Authorities canceled 369 trains nationwide, many of them running through areas witnessing unrest.

Sanjay Singh, a senior police official overseeing law and order in the state, said at least 12 protesters were arrested and at least four policemen injured in clashes.

“Around 2,000 to 2,500 people entered the Masaurhi railway station and attacked the forces,” he told Reuters.

In Uttar Pradesh, India’s most populous state, police arrested at least 250 people under what is called preventative arrests. Some demonstrators accused the police of using excessive force. One person was killed in protests this week.

In a bid to contain the outrage, the federal government on Saturday announced concessions for those who will serve under the scheme.

The federal home ministry announced it would reserve 10% of vacancies in the paramilitary forces and Assam Rifles, a unit in the Indian army, for those who have passed out of the army after the four-year period mandated in the scheme.

The defense ministry stated it would reserve 10% of its vacancies for those who have completed the scheme.

“Perhaps because it is a new scheme, people have misunderstood it, but we have been discussing this with everyone, including ex-servicemen,” Rajnath Singh, the Defence Minister told a conference on Saturday.

The scheme calls for retaining 25% of the recruited soldiers after four years of service, with the rest getting priority for other jobs, such as with the state police.

The navy chief said on Friday, June 17, the protests were unexpected and probably the result of misinformation about the new system.

“I didn’t anticipate any protests like this,” Admiral R. Hari Kumar told ANI. “It is the single biggest human resource management transformation that has ever happened in the Indian military.”

The scheme is not open for women in combat roles and there are no current plans to change this. – Rappler.com