DUBAI, United Arab Emirates – Iran’s atomic energy organization said that an email server belonging to one of its subsidiaries had been hacked from a foreign country and information published online, state media reported on Sunday, October 23.

An Iranian hacking group, Black Reward, said in a statement published on Twitter that it had released hacked information relating to Iranian nuclear activities, declaring the action an act of support for protesters in Iran.

Their statement, published on Saturday, ended with the words “In the name of Mahsa Amini and for women, life, freedom” – a show of support for protests ignited by her death in the custody of morality police last month. 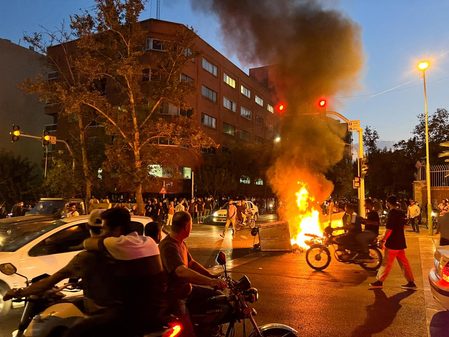 Black Reward said the information released included “management and operational schedules of different parts of Bushehr power plant,” passports and visas of Iranian and Russian specialists working there, and “atomic development contracts and agreements with domestic and foreign partners.”

The atomic energy organization’s general department of public diplomacy and information played down the significance of the released information, saying “this move was made with the aim of attracting public attention.”

“It should be noted that the content in users’ emails contains technical messages and routine and current everyday exchanges,” state media reported.

Black Reward, in a statement published on Friday, October 21, had threatened to release hacked information in 24 hours unless the authorities released political prisoners and people arrested during the unrest.

Talks between world powers and Iran aimed at reviving its 2015 nuclear deal are at a standstill, with the United States saying on October 12 that Tehran had shown little interest in reviving the pact. – Rappler.com