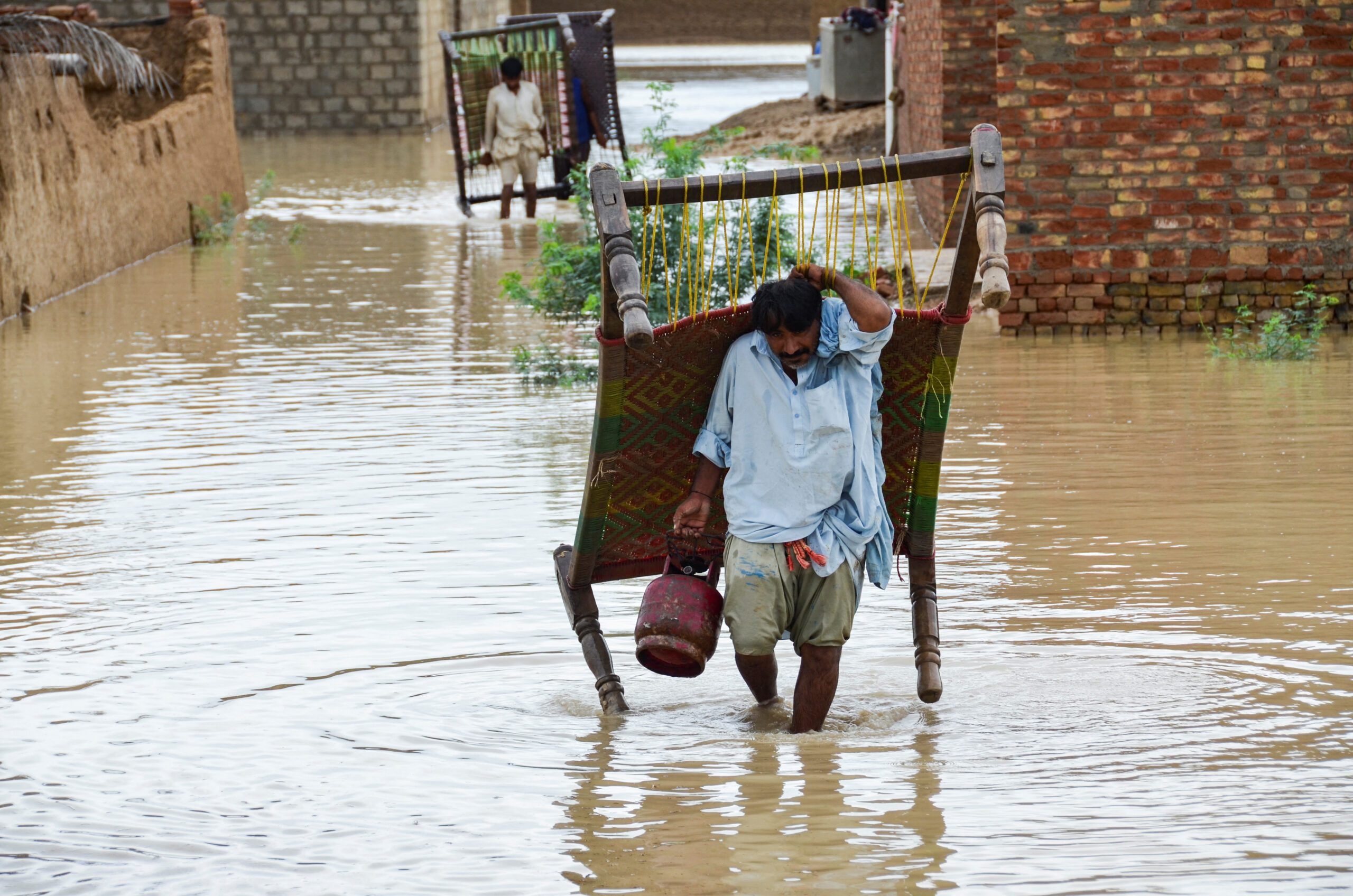 DIFFICULTIES. Men walk with their belongings through rain waters following rains and floods during the monsoon season in Dera Allah Yar, district Jafferabad,u00a0Balochistan, Pakistan on August 25, 2022.

Historic monsoon rains and flooding in Pakistan have affected more than 30 million people over the last few weeks, the country’s climate change minister said on Thursday, calling the situation a “climate-induced humanitarian disaster of epic proportions.”

The destruction of infrastructure and breakdown in communication links adds to the difficulties faced by the authorities in rescue and relief efforts in the region.

Pakistan has called on the international community to help as it struggles to cope with the aftermath of torrential rains that have triggered massive floods, killing more than 900 people.

The air, road and rail networks in Balochistan are already suspended, cutting it off from rest of the country.

“Due to torrential rains and flash floods in Balochistan optical fiber cable, voice and data services have been impacted in Quetta and rest of the main cities of the province,” Pakistan Telecom Authority (PTA) said on Twitter.

Efforts are being made to resolve this unprecedented situation, it added.

Prime Minister Shehbaz Sharif said on Twitter on Friday he had met ambassadors and other senior diplomats in Islamabad “as part of efforts to mobilize all resources.”

A major railway bridge washed away between Kolpur and Mach in Bolan Pass, cutting off Quetta, the capital of southwestern Balochistan, from the rest of country for indefinite period, officials said.

All four highways linking Balochistan with other provinces were blocked because of damaged bridges and landslides.

So far, more than 235 people were killed in province and hundreds of thousands lost their homes, the authorities said. – Rappler.com