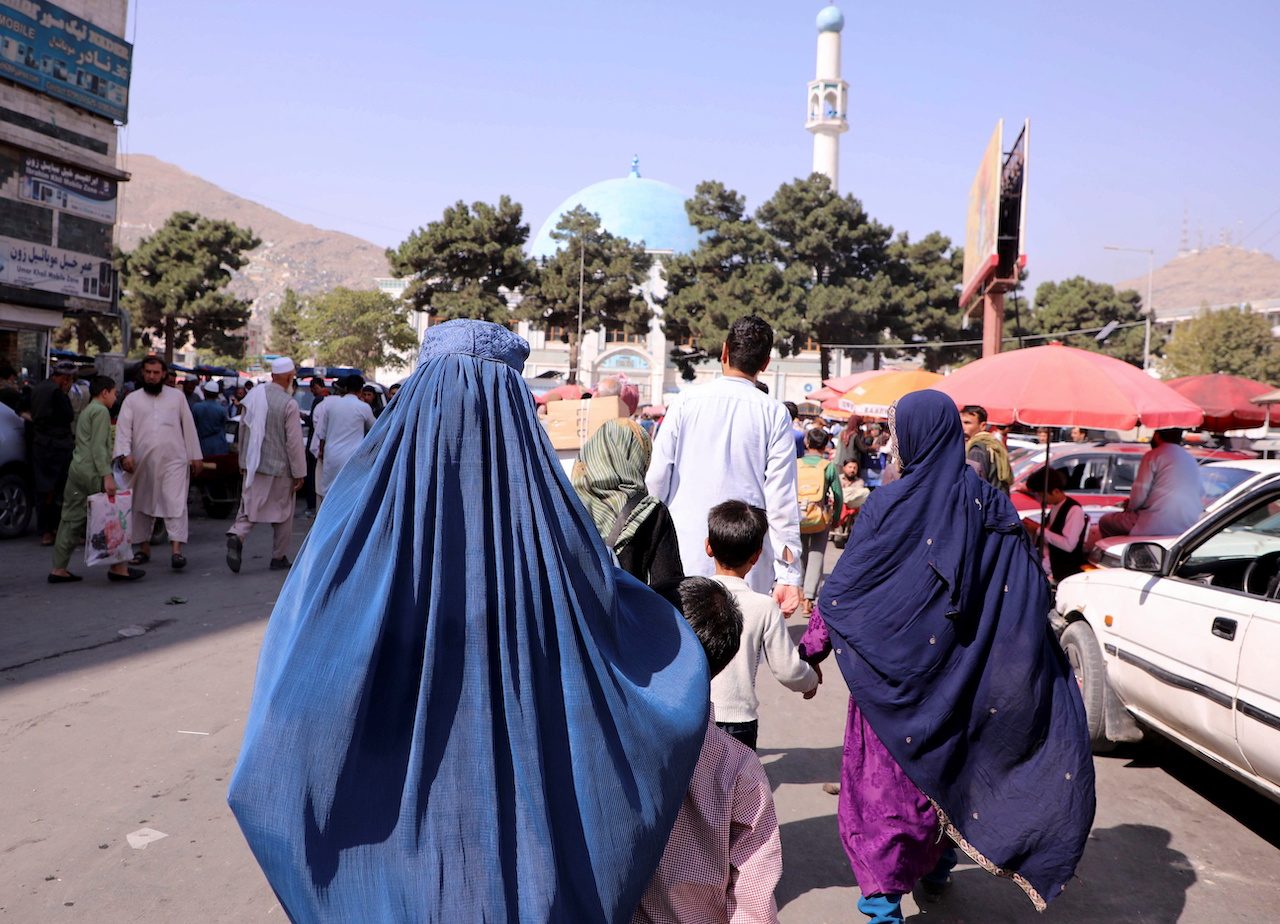 IN KABUL. An Afghan family walks along a street in Kabul, Afghanistan September 4, 2021.

Qatar has flown humanitarian aid into Kabul and said it will operate daily aid flights to Afghanistan over the next few days, providing much-needed supplies following a hiatus in much Western aid due to Taliban’s takeover last month.

Qatar has emerged as a key interlocutor between western nations and the Taliban, after developing close ties with the militant group through hosting its political office since 2013.

A Qatari aid flight carrying medical supplies and food products arrived in Kabul on Saturday, September 4, and Qatar Ambassador to Afghanistan Saeed bin Mubarak Al Khayareen was at the airport for its arrival, the Gulf State’s foreign ministry said.

US seen funding humanitarian aid for Afghanistan, but not its government Qatar has helped reopen the airport, which closed for several days after the United States-led airlift of its citizens, Afghans and other nationals ended last month.

Half of Afghanistan’s 40 million people, including 10 million children, required humanitarian assistance as of the start of this year, the International Organization for Migration said late last month, adding that needs were expected to rise. – Rappler.com