WALLS. Children, who do not have access to internet facilities and gadgets, use microscopes as they attend an open-air class outside houses with the walls converted into black boards following the closure of their schools due to the coronavirus disease (COVID-19) outbreak, at Joba Attpara village in Paschim Bardhaman district in the eastern state of West Bengal, India, September 13, 2021.

Facebook Twitter Copy URL
Copied
'I would see children loitering about the village, taking cattle for grazing, and I wanted to make sure their learning doesn't stop,' says teacher Deep Narayan Nayak

In a small tribal village on the eastern tip of India, an enterprising teacher has turned walls into blackboards and roads into classrooms, trying to close the gap in learning brought on by prolonged school shutdowns in the country.

Deep Narayan Nayak, 34, a teacher in the tribal village of Joba Attpara in Paschim Bardhaman district of the eastern state of West Bengal, has painted blackboards on the walls of houses and taught children on the streets for the past year. The local school shut down after strict COVID-19 restrictions were imposed across the country in March 2020.

On a recent morning, children wrote on one such wall with chalk and peered into a microscope as Nayak watched over them.

“The education of our children stopped ever since the lockdown was imposed. The children used to just loiter around. The teacher came and started teaching them,” Kiran Turi, whose child learns with Nayak, told Reuters.

Nayak teaches everything from popular nursery rhymes to the importance of masks and hand-washing to about 60 students and is popularly known as the “Teacher of the Street” to the grateful villagers.

Schools across the country have gradually begun reopening starting last month. Some epidemiologists and social scientists are calling for them to open fully to prevent further loss of learning in children. An August survey of nearly 1,400 schoolchildren done by a scholars’ group found that in rural areas, only 8% were studying online regularly, 37% were not studying at all, and about half were unable to read more than a few words. Most parents wanted schools to reopen as soon as possible, it said.

Nayak said he was worried that his students, most of whom are first-generation learners and whose parents are daily wage-earners, would shy away from the education system if they didn’t continue with school.

“I would see children loitering about the village, taking cattle for grazing, and I wanted to make sure their learning doesn’t stop,” he told Reuters. – Rappler.com

[OPINION] The devil is in the details: Suggestions for post-pandemic education 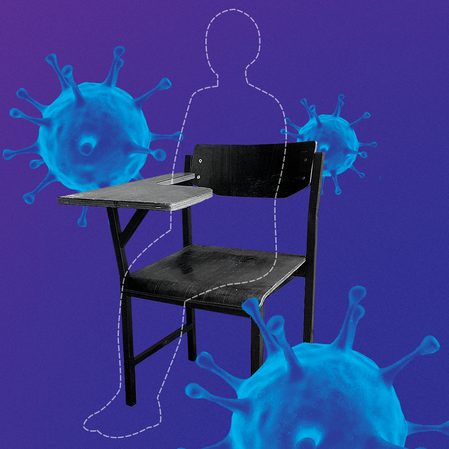