US warns of more attacks after retaliating for Kabul airport blast 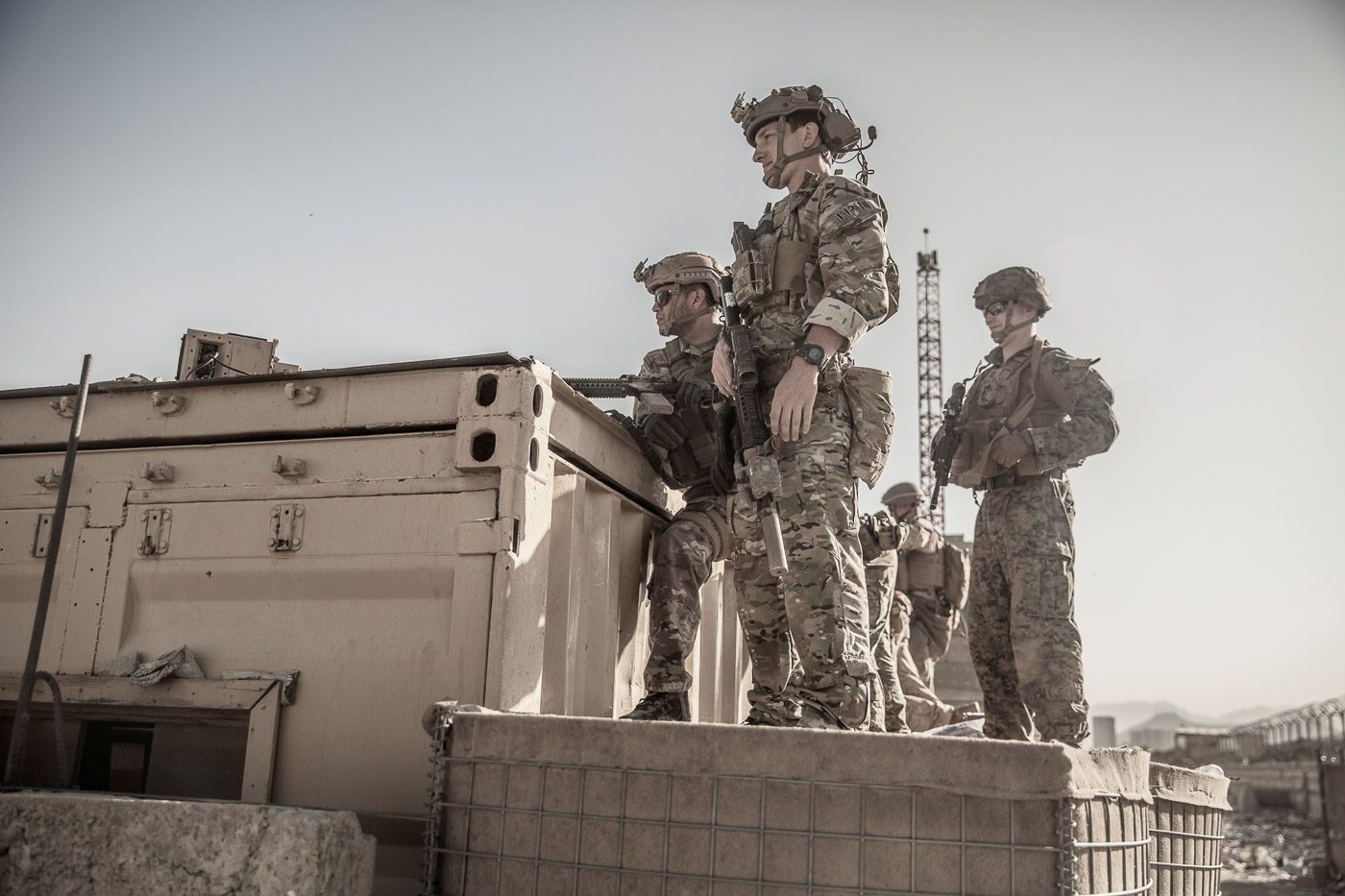 Facebook Twitter Copy URL
Copied
(3rd UPDATE) 'Initial indications are that we killed the target. We know of no civilian casualties,' the US military says in a statement, referring to the overnight drone strike

The United States attacked an Islamic State “planner” in Afghanistan in retaliation for a deadly bombing outside Kabul airport and said there was a high risk of further blasts as it winds up its mission to evacuate civilians and withdraw troops.

US and allied forces have been racing to complete the evacuations and withdraw by the Tuesday, August 31, deadline set by President Joe Biden after two decades of American military presence in Afghanistan.

As of Saturday, August 28, there were fewer than 4,000 US troops at Kabul airport, the US official, who declined to be identified, told Reuters, down from 5,800 at the peak of the evacuation mission.

Thursday’s suicide blast, claimed by ISIS-K, the Afghan affiliate of Islamic State, caused a bloodbath outside the gates of the airport where thousands of Afghans have gathered to try to get a flight out since the Taliban took control of Kabul on August 15.

The attack killed scores of Afghans and 13 US service members, the most lethal incident for US troops in Afghanistan in a decade.

President Joe Biden promised on Thursday that Washington would go after the perpetrators, and US Central Command said the drone strike took place overnight in Nangarhar province, east of Kabul and bordering Pakistan.

“Initial indications are that we killed the target,” a US military statement said.

Spokesmen for the Taliban, which took over Afghanistan as US forces withdrew, did not comment on the drone strike.

The Taliban, hardline Islamist militants, are enemies of Islamic State and have said they have arrested some suspects involved in Thursday’s airport blast.

The White House said the next few days were likely to be the most dangerous of the evacuation operation. The United States and allies have taken about 111,900 people out of Afghanistan in the past two weeks, the Pentagon has said.

US officials said another attack against the Kabul airport was a near certainty, and there were fears that it could be more destructive than Thursday’s attack. The US Embassy in Kabul warned Americans to avoid the airport and said those at its gates should leave immediately.

US media, including the New York Times, cited health officials saying Thursday’s blast had killed up to 170 people, not including the US troops.

Most of the more than 20 allied countries involved in airlifting their citizens and Afghans out of Kabul said they had completed evacuations by Friday.

The last British flight evacuating civilians from Afghanistan left Kabul on Saturday, bringing to an end an operation that has airlifted almost 15,000 Afghan and British citizens in the two weeks since the Taliban took control.

British troops would take small numbers of Afghan citizens with them as they leave this weekend, a defense ministry spokesperson said. Armed forces chief Nick Carter said hundreds of people who had worked with Britain would not make it through.

Britain was at Washington’s side from the start of a US led invasion of Afghanistan that overthrew the then-ruling Taliban in punishment for harboring the al Qaeda militants behind the September 11, 2001 attacks.

NATO’s senior civilian representative to Afghanistan said staff had done their best under almost impossible circumstances and would do their best to bring out those left behind.

A US official said a reaper drone flown from the Middle East struck an Islamic State militant who was planning attacks and was in a car with an associate. Both are believed to have been killed, the official said, speaking on condition of anonymity.

Residents of Jalalabad, the capital of Nangarhar, said they had heard several explosions from an air strike around midnight, though it was not clear they were caused by a US drone.

In Jalalabad, community elder Malik Adib said three people were killed and four were wounded in the air strike, adding that he had been summoned by the Taliban investigating the incident.

“Women and children are among the victims,” said Adib, though he did not have information about their identity.

The US military statement said: “We know of no civilian casualties.”

A senior Taliban commander said some ISIS-K members had been arrested in connection with the Kabul attack. “They are being interrogated by our intelligence team,” the commander said.

While Kabul’s airport has been in chaos, the rest of the city has been generally calm. The Taliban have told residents to hand over government equipment including weapons and vehicles within a week, spokesman Zabihullah Mujahid said.

Some US officials said the airport attack could have been avoided in the rushed operation to withdraw troops and get out people at risk.

Biden was already facing criticism at home and abroad for the chaos after Afghanistan’s Western-backed government and military collapsed in the face of the Taliban advance. He has defended his decisions, saying the United States long ago achieved its rationale for invading in 2001.

Britain said the West should not recognize Taliban rule of Afghanistan unless they allow safe passage for those who want to leave, and respect human rights. – Rappler.com