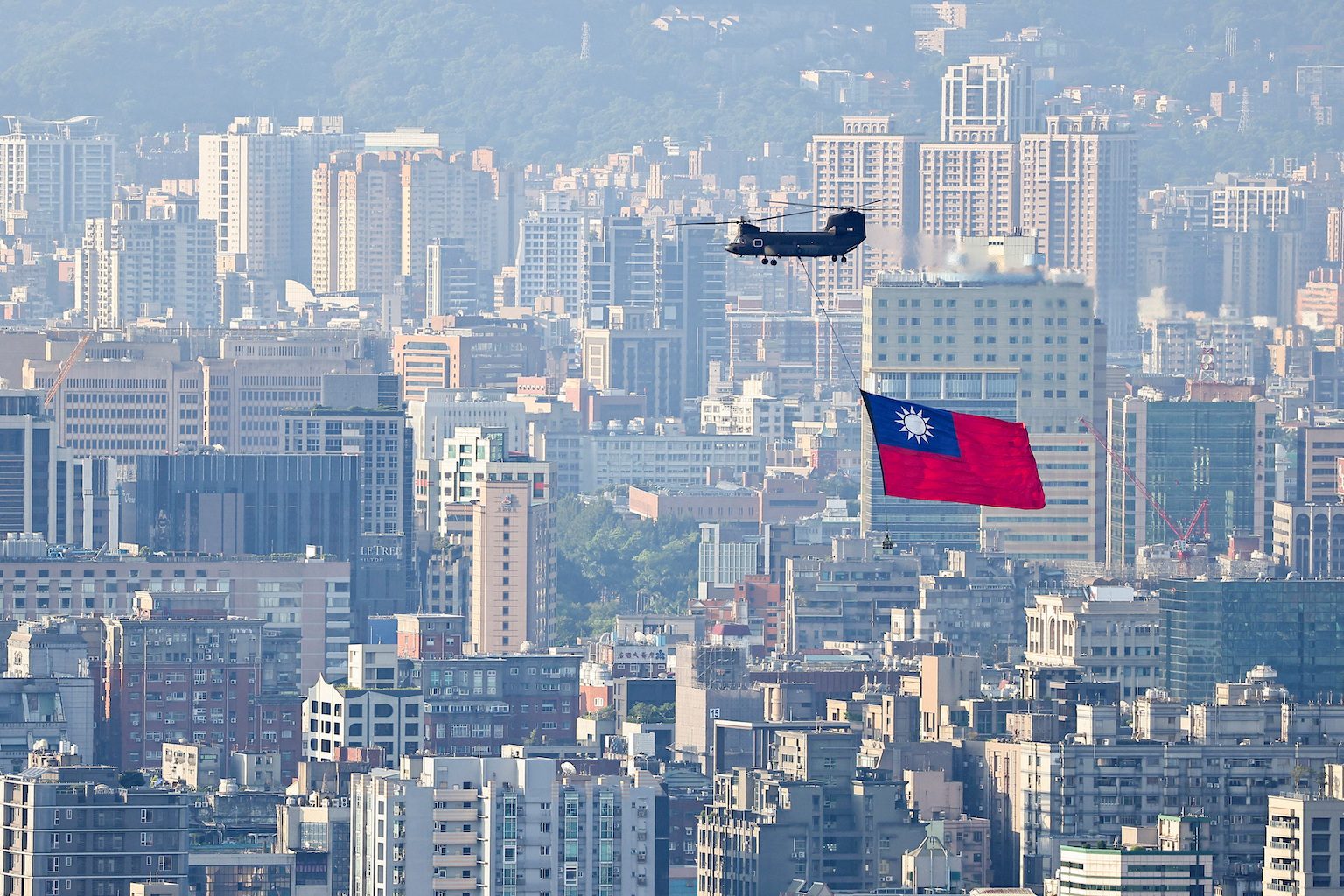 ISLAND DEFENSE. A CH-47 carries a Taiwan flag fly across the city as rehearsal ahead of Taiwan National Day celebrations in Taipei, Taiwan, September 29, 2022.

Taiwan has complained of repeated missions by the Chinese air force over the last two years, often in southern areas of its air defence identification zone, or ADIZ.

Many of the aircraft flew over a waterway known as the Bashi Channel to an area off the island’s southeastern coast, according to a map provided by the ministry. Three Chinese navy ships were also detected near Taiwan, the ministry said.

Taiwan sent unspecified combat aircraft to warn away the Chinese planes, while missile systems monitored their flight, the ministry said, using standard wording for its response.

Separate Taiwan government notices have said the defence ministry’s research and development arm, the National Chung-Shan Institute of Science and Technology, is holding a missile firing drill this week on the island’s southeastern coast.

China, which claims Taiwan as its own, has stepped up pressure in recent years on the self-governed island to accept Beijing’s rule. Taiwan’s government rejects the Chinese claims and says it wants peace but will defend itself if attacked. – Rappler.com