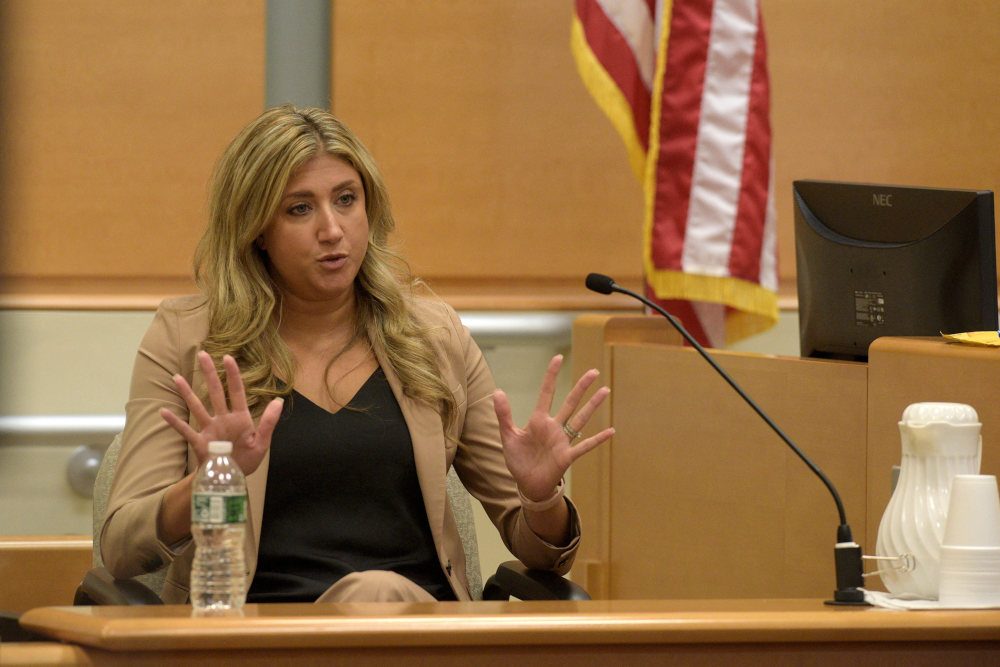 Facebook Twitter Copy URL
Copied
Alex Jones 'knows that what he talks about translates to sales' of his products, Brittany Paz tells jurors

WATERBURY, USA – A lawyer who works for Alex Jones’ Infowars testified from the witness stand on Wednesday, September 14, that the conspiracy theorist who claimed the 2012 Sandy Hook mass shooting was a hoax knew that his words could drive followers to his empire.

Jones “knows that what he talks about translates to sales” of his conspiracy-oriented products, Brittany Paz told jurors at the second day of a civil trial to determine how much Jones owes relatives of the shooting’s victims.

Jurors will decide how much Jones and Infowars’ parent Free Speech Systems LLC must pay 13 relatives and an FBI agent who responded to the Dec. 14, 2012 massacre at the Sandy Hook Elementary School in Newtown, Connecticut.

Jones later spread false claims that the government staged the Sandy Hook shooting with crisis actors as a pretext for seizing guns, and that the families faked their children’s deaths.

He has since acknowledged that the shooting occurred, but the families say he should pay for their pain and the harassment they suffered from his followers.

The trial began on Tuesday, and is expected to last five weeks. Read full story

With Paz on the witness stand, the plaintiffs’ lawyer Christopher Mattei tried to show jurors that traffic to Infowars’ website skyrocketed after Jones dismissed the shooting as bogus.

Jurors were told that views of Infowars articles soared by nearly half to 427 million in 2013 from 286 million, and that other metrics shot up between 2014 and 2016, when Jones was hosting Sandy Hook deniers on his show.

Paz testified that Infowars shaped its programming around topics that drove the most buyers to its products, which include storable food, fluoride-free toothpaste and supplements.

Jones has not yet attended the trial in Waterbury, Connecticut, about 20 miles from where the shooting occurred, but his lawyer has said he will testify.

The trial came a month after an Austin, Texas jury awarded two Sandy Hook parents $49.3 million in damages in a similar case.

Jones’ lawyers hope to void most of that payout, calling it excessive under Texas law.

In the first day of the Connecticut trial, plaintiff Carlee Soto Parisi, whose sister was among those killed, fought back tears as she recounted the massacre and the “crippling” harassment she suffered as baseless conspiracies spread online.

Free Speech Systems filed for bankruptcy in July. That would typically shield the company from lawsuits, but it agreed to face trial in August. – Rappler.com