Facebook Twitter Copy URL
Copied
Victims include elderly Filipino-Americans who were allegedly scammed out of their retirement savings to invest in a real estate project in Pagudpud, Ilocos Norte

California Attorney General Rob Bonta announced on Friday, May 21 (Saturday, May 22 in Manila), that at least 15 individuals were charged for scamming elderly Filipino-Americans into investing in a real estate project in Pagudpud, Ilocos Norte.

The state’s attorney general said they would be charged with an array of felony charges, including grand theft, financial elder abuse, sale of unqualified security, communications containing untrue statements and omissions of material facts, and use of a device, scheme, or artifice to defraud in the offer, purchase, or sale of a security.

“Senior citizens were the direct targets of this fraudulent, international investment scheme. Our most vulnerable loved ones should never be deceived and defrauded of their hard-earned retirement money,” Bonta said in a statement. “Those who take part in the financial abuse of elders must be held accountable for their actions.”

According to the complaint, the defendants used their positions as “financial advisors” to convince elderly victims into investing in the development of Pagudpud Sands Resort (PSR) since 2015.

The website of the project mainly shows illustrations and renderings of the project. Its last construction update was posted in 2019.

The attorney general said a majority of the victims were Filipino-Americans who lost their life savings to what he called a “ponzi scheme.”

On the project’s website, there is information on how potential investors could use their 401k (retirement plan) to invest in the real estate project.

Rappler reached out to Pagudpud Sands Resort through several emails listed on the project’s website but has not yet received a reply as of this writing.

According to Bonta’s statement, the victims were also told that their investments would go toward the construction of PSR.

“Instead, the money was primarily used toward paying two of the defendants a minimum of $10,000 a month, commissions for those who brought investors to PSR, and other multi-level marketing schemes unrelated to PSR,” the attorney general added.

The last construction update, posted on the website in September 2019, showed lower floors already finished with rebars protruding through the upper floors. 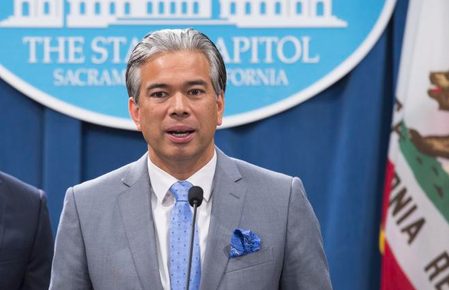 Bonta, the first Filipino-American attorney general of California, encouraged other victims of the scheme to contact the California Department of Justice if they had been victimized by the same group by calling (800) 722-0432. – Rappler.com