Facebook Twitter Copy URL
Copied
(1st UPDATE)'Whether it's the first year or the 20th, children have grown up without parents and parents have suffered without children,' says Biden

President Joe Biden commemorated the 20th anniversary of the September 11 attacks on the United States on Saturday with visits to each of the sites where hijacked planes crashed in 2001, honoring the victims of the devastating assault.

Biden began the day in New York, where he attended a ceremony at the site where the World Trade Center’s twin towers once stood before planes struck the buildings and caused them to collapse.

The New York Police Department pipes and drums band played “Hard Times Come Again No More” a US folk song from the 1850s. Bruce Springsteen, playing an acoustic guitar, sang “I’ll See You in My Dreams.”

Biden and former Presidents Bill Clinton and Barack Obama and the crowd held a moment of silence at 8:46 to mark the time that the first plane hit.

Nearly 3,000 people died in the attacks in New York, at the Pentagon and in Pennsylvania, where passengers on United Flight 93 overtook the hijackers and the plane crashed in a field, preventing another target from being hit.

In New York City, on a clear, beautiful day similar to the weather 20 years ago, relatives read a list of the people who died at the towers. Biden, head bowed, did not make remarks. Rudy Giuliani, the Republican mayor of New York at the time of the attacks, attended the ceremony. Former President DonaldTrump, a New York native, did not.

Biden then began travel to Shanksville, Pennsylvania, where former President George W. Bush, who led the country at the time, was making a rare public appearance. Vice President Kamala Harris will also attend the Pennsylvania ceremony.

Finally Biden will return to the Washington area to visit the Pentagon, the symbol of US military might that was pierced by another of the planes that were used as missiles that day.

The anniversary comes shortly after the end of the US-led war in Afghanistan that Bush launched some 20 years ago to root out al Qaeda, which carried out the 9/11 attacks.

Biden’s withdrawal of US troops in August, months after a deadline set by his Republican predecessor Trump, and the resulting rapid fall of the country to the Taliban has drawn criticism from members of both political parties. 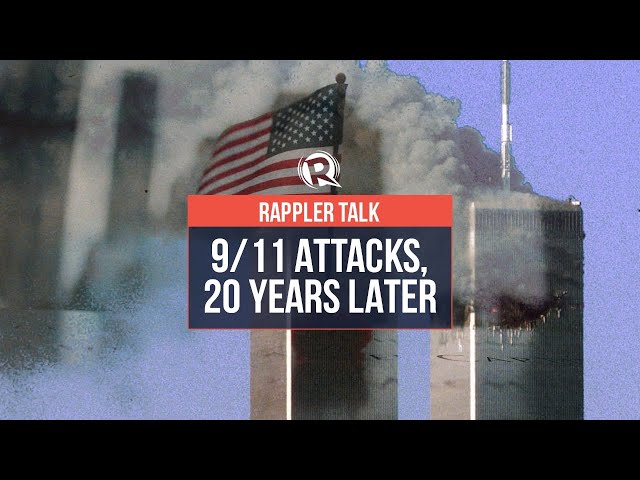 Biden is not scheduled to deliver remarks at any of the sites. He released a video on Friday to express his condolences to the loved ones of the victims and highlight the national unity that resulted, at least initially, after 9/11.

“It’s so hard. Whether it’s the first year or the 20th, children have grown up without parents and parents have suffered without children,” Biden said.

The president noted the heroism that was seen in the days following the attacks.

“We also saw something all too rare: a true sense of national unity,” Biden said.

Biden, a Democrat, pledged to build up such unity after he came into office in late January, but the country remains deeply divided politically.

US presidents often travel to one of the three attack sites on the 9/11 anniversary but it is unusual to go to all three on the same day.

“The president felt it was important to visit each of these three sites to commemorate the lives lost, the sacrifices made on a day that has impacted millions of people across the country but certainly many people in those communities,” White House spokeswoman Jen Psaki said on Friday.

Biden is comfortable in the role of consoler-in-chief after suffering tragic family losses himself.

“No matter how much time has passed, and these commemorations bring everything painfully back, as if you just got the news a few seconds ago. And so on this day, Jill and I hold you close in our hearts and send you our love,” he said in the video remarks, referencing his wife, Jill Biden.

Last month, many families of 9/11 victims asked Biden to skip 20-year memorial events unless he declassified documents they contend will show Saudi Arabian leaders supported the attacks. Last week the president ordered the Department of Justice to review documents from the FBI probe into the attacks for declassification and release. – Rappler.com