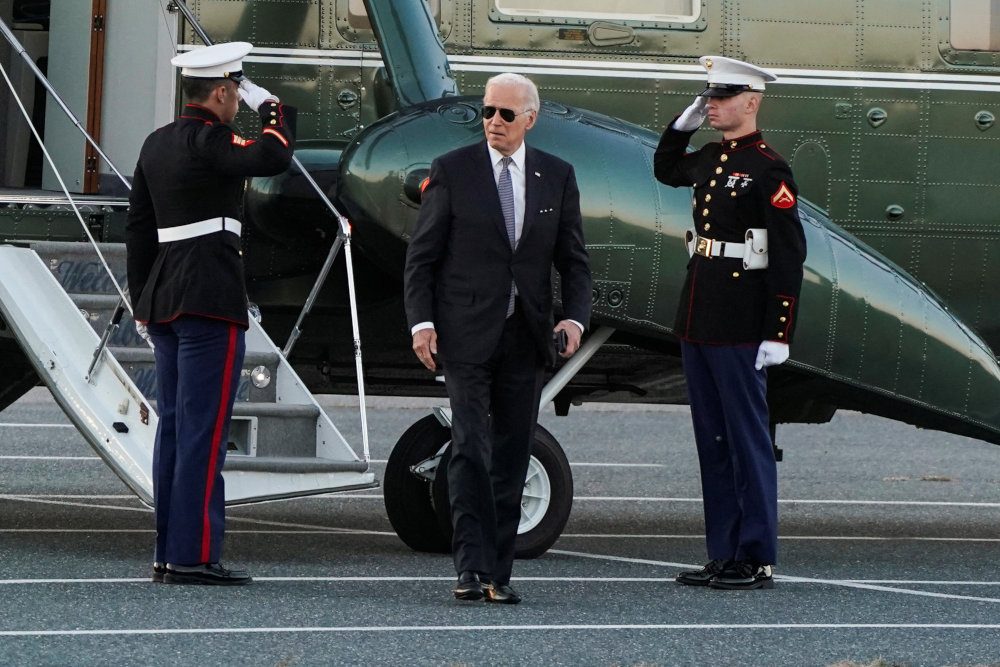 JOE BIDEN. US President Joe Biden walks from Marine One as he arrives from Dover, Delaware, in Rehoboth Beach, Delaware, USA, on October 21, 2022.

Facebook Twitter Copy URL
Copied
'We need everyone to step up and get their updated vaccine as soon as possible,' White House spokeswoman Karine Jean-Pierre says

US President Joe Biden will get his updated COVID-19 vaccine on Tuesday, October 25, and urge more Americans to get the latest shot, White House spokesman Kevin Munoz said on Sunday.

Only 20 million people in the United States have received an updated COVID-19vaccine through last week. White House spokeswoman Karine Jean-Pierre said on Thursday it was not enough.

“We need everyone to step up and get their updated vaccine as soon as possible,” she said.

The Centers for Disease Control and Prevention said last week 4.5 million Americans had received the updated vaccine over the past week, the largest weekly increase since the fall vaccination program launched and up about 40% from the prior week.

The United States started rolling out the updated COVID-19 shots in September, designed to take on the circulating BA.4 and BA.5 Omicron subvariants and the original version of the virus.

Biden in July tested positive for COVID-19 with mild symptoms and tested positive in a rebound case seen in a small percentage of people who take the antiviral drug Paxlovid. In August, he tested negative twice and ended his more than two weeks of isolation at the White House. – Rappler.com