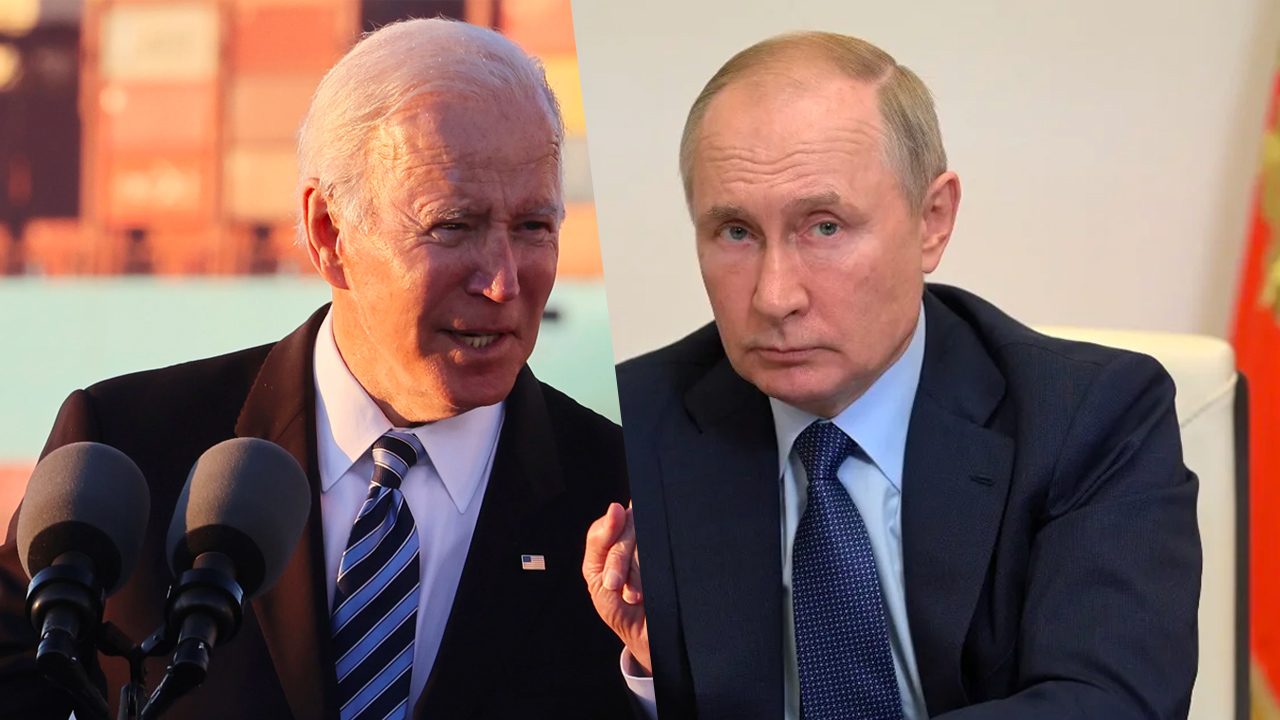 US President Joe Biden predicted on Wednesday, January 19, that Russia will make a move on Ukraine, saying Russia would pay dearly for a full-scale invasion but suggesting there could be a lower cost for a “minor incursion.”

Biden’s comments at a White House news conference injected uncertainty into how the West would respond should Russian President Vladimir Putin order an invasion of Ukraine, prompting the White House later to seek to clarify what Biden meant.

“My guess is he will move in,” Biden said of Putin at a news conference. “He has to do something.”

“Russia will be held accountable if it invades – and it depends on what it does. It’s one thing if it’s a minor incursion and we end up having to fight about what to do and what to not do, et cetera,” Biden said. “But if they actually do what they’re capable of doing… it is going to be a disaster for Russia if they further invade Ukraine.”

Russian officials have repeatedly denied planning to invade, but the Kremlin has massed some 100,000 troops near Ukraine’s borders, a buildup the West says is preparation for a war to prevent Ukraine from ever joining the NATO Western security alliance.

Shortly after the nearly two-hour news conference ended, the White House stressed any Russian military move into Ukraine would elicit a tough response.

“If any Russian military forces move across the Ukrainian border, that’s a renewed invasion, and it will be met with a swift, severe, and united response from the United States and our allies,” said White House press secretary Jen Psaki.

But cyberattacks and paramilitary tactics by Russia “will be met with “a decisive, reciprocal, and united response,” she said.

“Any incursion by the Russian military into Ukraine should be viewed as a major incursion because it will destabilize Ukraine and freedom-loving countries in Eastern Europe,” said Republican Senator Rob Portman.

Biden said a third summit with Putin “is still a possibility” after the two leaders met twice last year. He said he was concerned that a Ukraine conflict could have broader implications and “could get out of hand.”

Speaking to reporters at length about the crisis threatening to engulf his presidency, Biden said he believed Putin would test Western leaders. The response to any Russian invasion, he said, would depend on the scale of Moscow’s actions and whether US allies squabbled over how to react.

Biden and his team have prepared a broad set of sanctions and other economic penalties to impose on Russia in the event of an invasion and the US president said Russian companies could lose the ability to use the U.S. dollar.

Pressed on what he meant by a “minor incursion,” Biden said NATO allies are not united on how to respond depending on what exactly Putin does, saying “there are differences” among them and that he was trying to make sure that “everybody’s on the same page.”

“Big nations can’t bluff, number one. Number two, the idea that we would do anything to split NATO … would be a big mistake. So the question is, if it’s something significantly short of a significant invasion or … just major military forces coming across. For example, it’s one thing to determine if they continue to use cyber efforts; well, we can respond the same way,” Biden said.

Biden said Putin had asked him for guarantees on two issues: that Ukraine would never join NATO and that “strategic” or nuclear weapons never be stationed on Ukrainian soil.

US officials see limiting NATO expansion as a non-starter, but Biden noted there was little chance of Ukraine joining the alliance soon and he suggested there could be a deal under which the West might not station nuclear forces in Ukraine.

“We can work out something on the second piece,” depending on Russia’s own posture, Biden said.

Visiting Kyiv in a show of support, US Secretary of State Antony Blinken said Russia could launch a new attack on Ukraine at “very short notice” but Washington would pursue diplomacy as long as it could, even though it was unsure what Moscow really wanted.

The Kremlin said tension around Ukraine was increasing and it still awaited a written US response to its sweeping demands for security guarantees from the West, including a halt to further NATO expansion and a withdrawal of alliance forces from central and eastern European nations that joined it after 1997.

The pessimistic statements highlighted the US-Russian gulf ahead of talks between Blinken and Russian Foreign Minister Sergei Lavrov on Friday that one Russian foreign policy analyst called “probably the last stop before the train wreck.”

Russia has also moved troops to Belarus for what it calls joint military exercises, giving it the option of attacking neighboring Ukraine from the north, east and south.

Eight years ago it seized Crimea and backed separatist forces who took control of large parts of eastern Ukraine, but it has consistently denied any intention of invading now.