Facebook Twitter Copy URL
Copied
Jen Psaki, the new US press secretary says: 'We have a common goal, which is sharing accurate information with the American people' 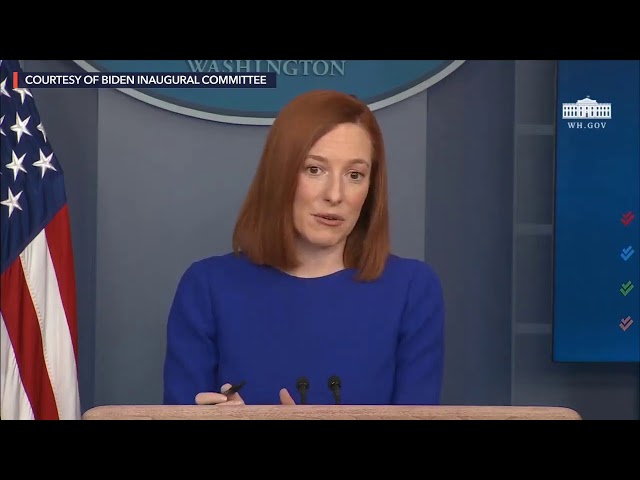 Jen Psaki, who served as the chief spokeswoman at the State Department under former President Barack Obama, told reporters she had a “deep respect for the role of a free and independent press in our democracy.”

Marking a contrast to former President Donald Trump and his top aides’ treatment of what they called “the fake news media,” Psaki pledged professional, civil exchange.

“There will be moments when we disagree, and there will certainly be days where we disagree for extensive parts of the briefing even, perhaps,” she said. “But we have a common goal, which is sharing accurate information with the American people.”

Biden plans to “bring transparency and truth back to the government to share the truth, even when it’s hard to hear,” she said.

Psaki said she expected to hold daily briefings at the White House on weekdays, and to make available health officials to explain efforts to get the COVID-19 pandemic under control.

Under Trump, the White House banned news organizations it viewed as too critical from briefings and moved to off-camera “gaggles” instead of daily televised news briefings.

During a virtual White House ceremony to swear in nearly 1,000 federal appointees and staff who do not need Senate confirmation, Biden on Wednesday emphasized public service and respect.

“If you’re ever working with me and I hear you treating another colleague with disrespect, talking down to someone, I will fire you on the spot,” he warned the staff. – Rappler.com