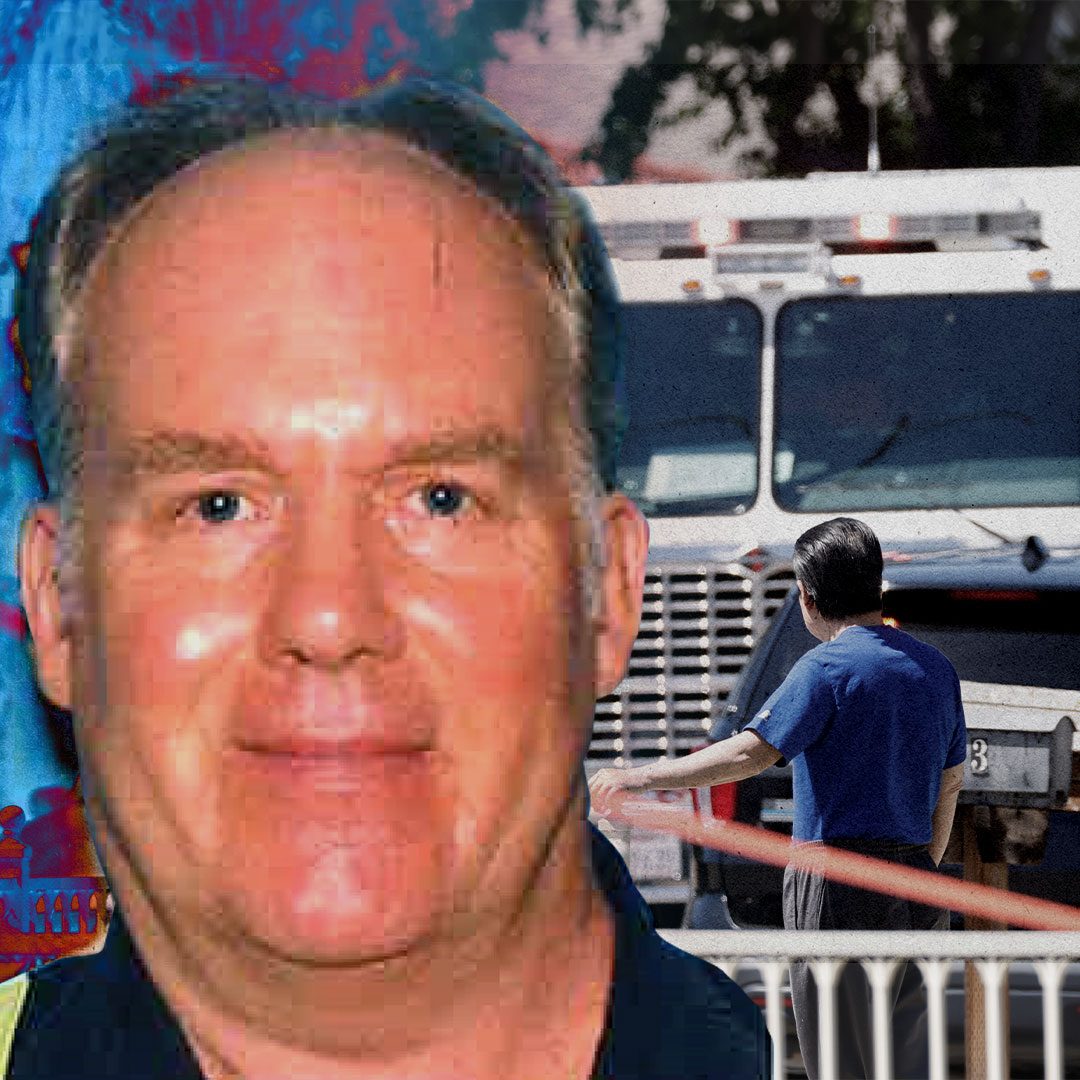 'HIGHLY DISGRUNTLED.' Samuel Cassidy, shown in this composite image, is the suspect in the deadly California rail yard shooting.

The transit employee who fatally shot nine co-workers at a rail yard in San Jose, California, had amassed a collection of 12 firearms, multiple Molotov cocktails and 22,000 rounds of ammunition at his home before setting it on fire, the local sheriff said on Friday, May 28.

Authorities say Samuel Cassidy, 57, was armed with three semi-automatic handguns when he opened fire after a morning union meeting at the commuter rail facility in the heart of Silicon Valley, south of San Francisco.

Cassidy shot himself minutes later as police arriving on the scene closed in, according to the sheriff’s account.

Local NBC affiliate KNTV, citing unnamed law enforcement sources, reported that Cassidy had recently been accused of making inappropriate racial remarks to colleagues while on the job as a VTA station maintenance worker.

But the news outlet later rolled back on its report that Cassidy had faced a workplace pre-disciplinary hearing the day of the shooting, after the VTA issued a statement denying any such meeting was planned for Wednesday, or at any other time.

The transit agency said Cassidy had been scheduled to report for a regular workday on Wednesday. As to questions about whether Cassidy ever said or did anything to make fellow employees “fearful or uneasy,” the VTA said it was reviewing its records “and we are hopeful to be able to release more information as soon as we are able.”

On Thursday, Santa Clara County Sheriff Laurie Smith said Cassidy was known to have been “a highly disgruntled VTA employee for many years,” which may have motivated his attack, the latest of at least nine U.S. mass shootings over the past three months that each claimed four or more lives.

In her latest update on the investigation, Smith said on Friday that an initial search of Cassidy’s fire-gutted home uncovered multiple cans of gasoline, Molotov cocktails, a dozen guns and some 22,000 rounds of various types of ammunition.

A sweep of the rail yard, prompted by the discovery of what police called “suspicious” objects on the property, ultimately turned up no explosives, Smith said.

Still, the evidence showed “this was a planned event and the suspect was prepared to use his firearms to take as many lives as he possibly could,” the sheriff said in her statement.

In an on-camera interview with KNTV, Smith said the gunman fired an estimated 39 shots.

As the investigation progressed, signs of Cassidy’s discontent emerged on several fronts.

His ex-wife, Cecilia Nelms, told local media he had ranted about co-workers and bosses and would sometimes lash out at her.

The Wall Street Journal, citing a Department of Homeland Security memo, reported that U.S. customs and border officers detained Cassidy in 2016 as he returned from the Philippines and found that he professed a hatred of his workplace.

At the time Cassidy had in his possession “books about terrorism and fear and manifestos … as well as a black memo book filled with lots of notes about how he hates the VTA,” the Journal quoted the memo as stating.

Attempts to pin down a motive for the mass murder were hampered because electronic evidence was destroyed in the fire that gutted Cassidy’s house.

“There’s a high probability that we lost the ability to do exploitation of devices. The house was incinerated, the second floor collapsed,” Craig Fair, special agent in charge of the FBI’s field office in San Francisco, said on KNTV. – Rappler.com