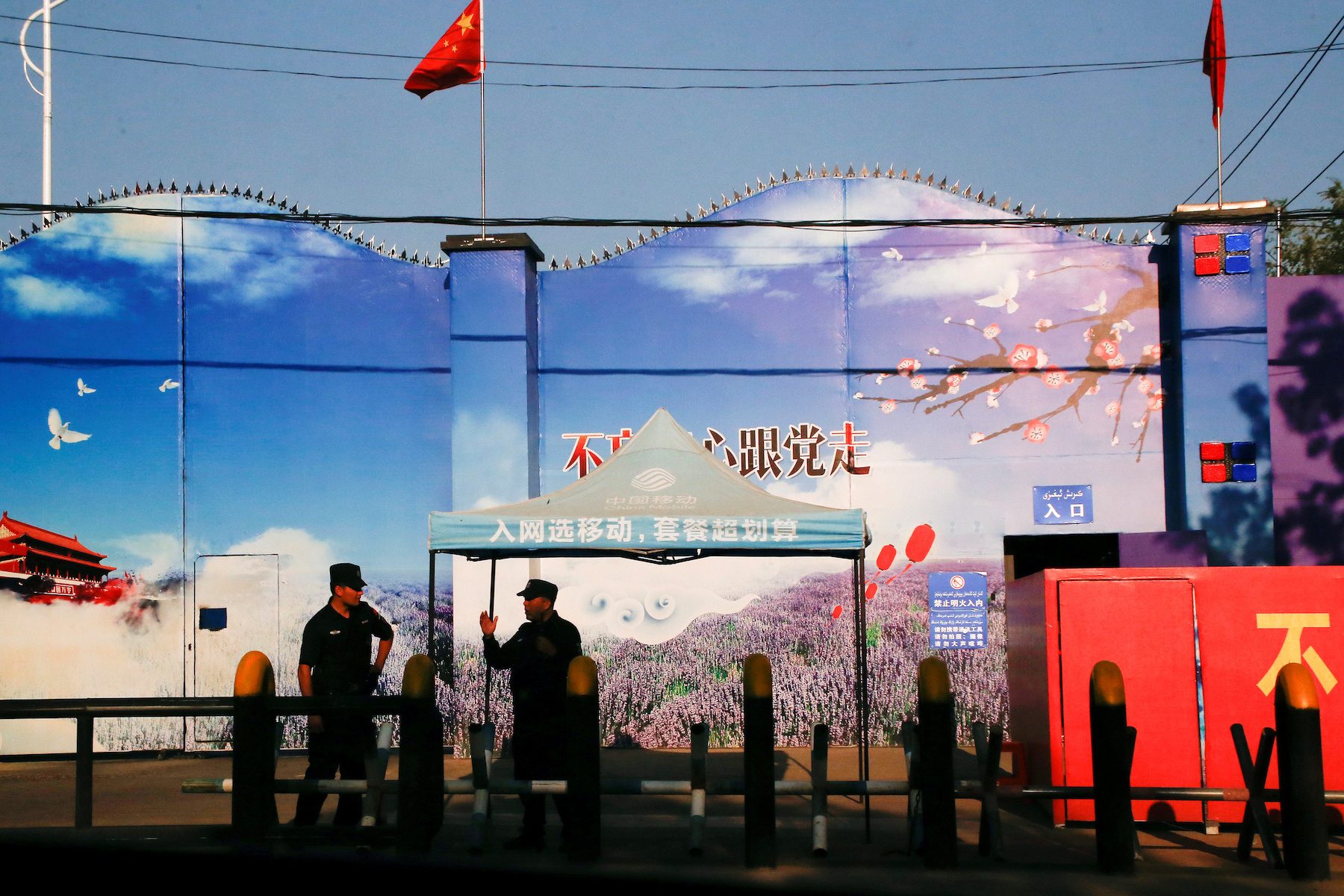 In this file photo, guards stand at the gates of what is officially known as a vocational skills education center in Huocheng County in Xinjiang Uighur Autonomous Region, China September 3, 2018.

Canada’s House of Commons voted 266-0 for the motion brought by the opposition Conservative Party. Trudeau and his Cabinet abstained from the vote, although Liberal backbenchers widely backed it.

The motion was also amended just before the vote to call on the International Olympic Committee to move the 2022 Winter Olympics from Beijing if the treatment continues.

Trudeau’s Conservative rivals have been pressuring him to get tougher on China. After Canada arrested Huawei Chief Financial Officer Meng Wanzhou in 2018 on a US warrant, China detained two Canadians on spying charges, igniting bilateral tensions that still linger.

China has been widely condemned for setting up complexes in Xinjiang that it describes as “vocational training centers” to stamp out extremism and give people new skills, and which others have called concentration camps. Beijing denies accusations of rights abuses in Xinjiang.

Citing testimony, documents and media reports of human rights abuses against Uighurs, Conservative lawmaker Michael Chong said: “We can no longer ignore this. We must call it for what it is — a genocide.”

“Western countries are in no position to say what the human rights situation in China looks like,” Cong said in an interview before the vote. “There is no so-called genocide in Xinjiang at all.”

Trudeau has been reluctant to use the word genocide, suggesting that seeking broad consensus among Western allies on Chinese human rights issues would be the best approach.

“Moving forward multilaterally will be the best way to demonstrate the solidarity of Western democracies … that are extremely concerned and dismayed by reports of what’s going on in Xinjiang,” Trudeau said on Friday after speaking to fellow G7 leaders.

Trudeau and US President Joe Biden will hold a virtual bilateral meeting on Tuesday afternoon, and relations with China are likely to be discussed, a government source said.

The Biden administration is trying to ensure that the genocide declaration is upheld, according to his pick to be ambassador to the United Nations, Linda Thomas-Greenfield. – Rappler.com