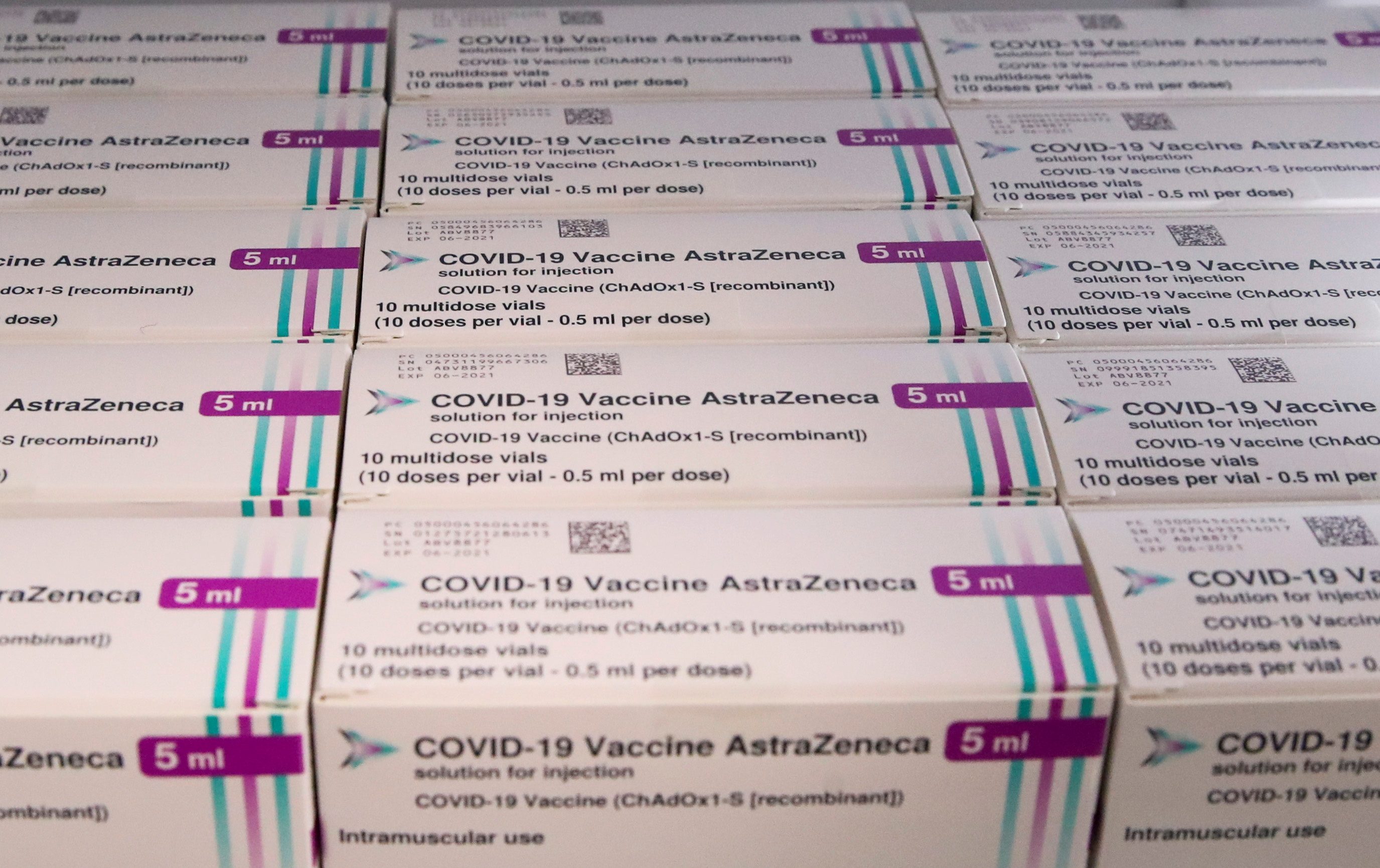 ASTRAZENECA. Boxes of AstraZeneca COVID-19 vaccine are seen at a vaccination center amid the coronavirus disease outbreak in Ronquieres, Belgium on April 6, 2021.

Canada on Saturday, April 17, reported a second case of rare blood clots with low platelets after immunization with AstraZeneca’s COVID-19 vaccine in a week, while it said it still recommended the use of the shot.

The person who experienced the very rare event has been treated and is recovering, Canada’s health ministry said in a statement, adding that the person lives in the province of Alberta.

Based on the evidence available, Canada still maintains that the benefits of the AstraZeneca vaccine outweigh the potential risks, the statement said.

Canada health authorities “will continue to monitor the use of all COVID-19 vaccines closely and examine and assess any new safety concerns,” the statement said. Canada reported a first blood clotting associated with the vaccine on Tuesday, and a day later, after a review, health authorities said they would not restrict use of the AstraZeneca vaccine.

A separate advisory council had earlier recommended Canada stop offering the vaccine to people under 55. That panel is in the process of reviewing its advice.

Canada has been ramping up its vaccination campaign, but still has a smaller percentage of its population inoculated than dozens of other countries, including the United States and Britain.