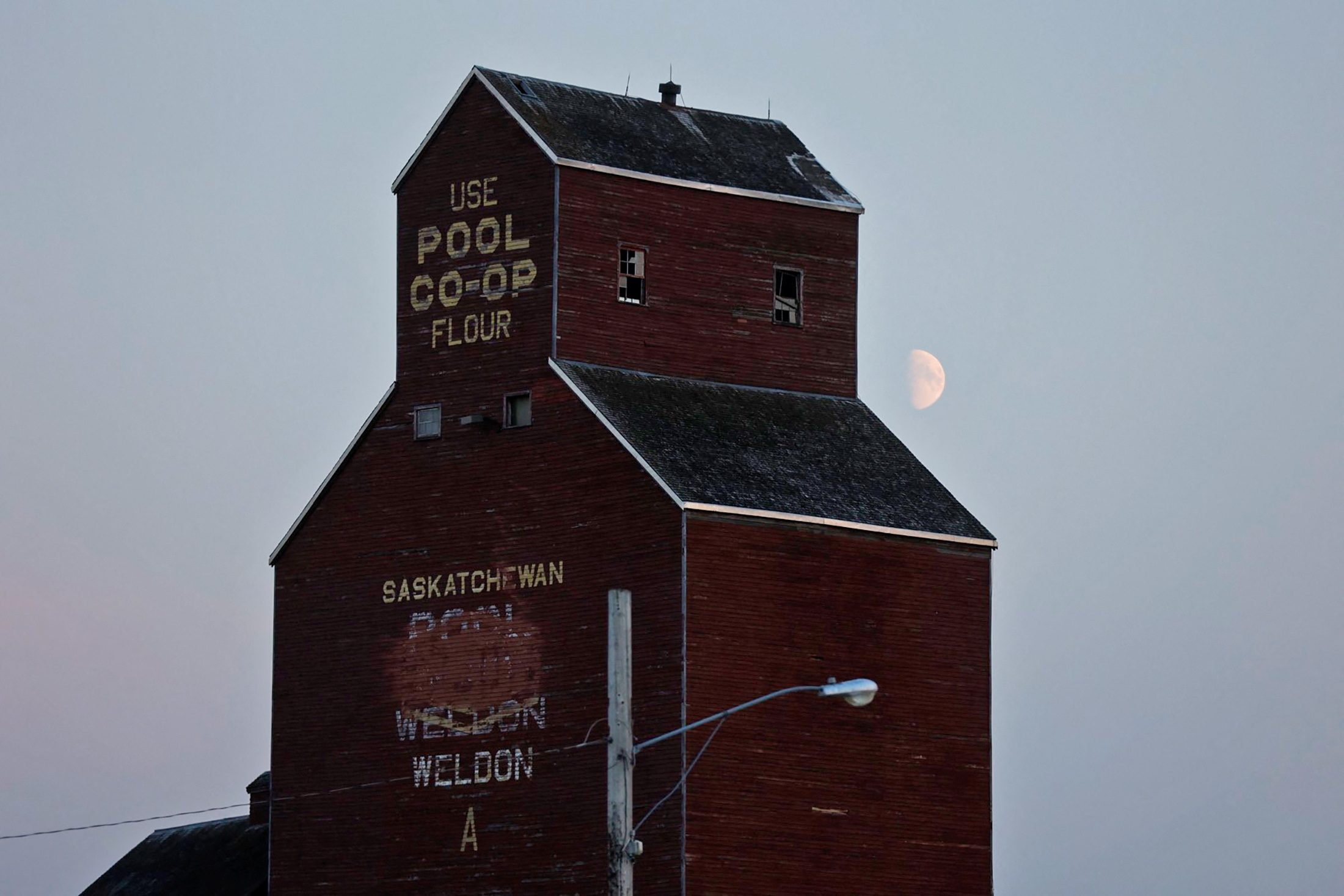 MANHUNT. The moon rises behind a grain elevator as police conducted a manhunt, after multiple people were killed and injured in a stabbing spree in Weldon, Saskatchewan, Canada, on September 4, 2022.

Facebook Twitter Copy URL
Copied
Among the surviving victims, 10 remain hospitalized as of September 6, seven listed in stable condition, and three in critical

OTTAWA, Canada – Canadian police converged on the James Smith Cree Nation on Tuesday, September 6, drawn back to the area by possible sightings of the man wanted in a stabbing spree that killed 10 people, but the suspect remained at large in the third day of an intense manhunt.

CBC News reported a heavy police presence on the indigenous reserve in Saskatchewan, about 320 km (200 miles) north of the provincial capital of Regina, where the bloodshed on Sunday, September 4, shocked a country largely unaccustomed to deadly bouts of mass violence.

Hours later, however, the Royal Canadian Mounted Police (RCMP) said its “investigation has determined” the suspect, Myles Sanderson, 30, “is not located in the community” of the reserve and that authorities were continuing to search for him.

The pair are suspected of killing 10 people and wounding 18 others in a stabbing rampage in the James Smith Cree reserve and nearby village of Weldon, roiling an indigenous community of 3,400 people in one of the deadliest attacks in Canada’s modern history.

Among the surviving victims, 10 remained hospitalized as of Tuesday afternoon, seven listed in stable condition and three in critical, health authorities said.

The Regina police chief, Evan Bray, said late Monday the search for Sanderson was focused in that city, but in a videotaped Twitter update posted on Tuesday said the manhunt had “expanded into the province.”

The direction appeared to shift back to the vicinity of the crime scene earlier Tuesday as the RCMP in Saskatchewan issued an emergency alert saying its officers were responding to reports of a “possible sighting” of the suspect on the James Smith Cree reserve.

The alert, which initially warned local residents to shelter in place as a precaution, was updated three hours later to say Sanderson was not found there, that his whereabouts remained unknown, and the public should “take appropriate precautions.”

Authorities offered no possible motive for the attacks. Police said some victims appeared to have been targeted, while others were apparently random.

Some First Nation leaders have linked the killings to drug use, but police have not cited drugs or alcohol as factors.

The stabbings stirred “immeasurable stress and panic” in the community, leaders from a group of 74 First Nations in Saskatchewan said in a statement on Monday, urging the public to come forward with any relevant information.

Ivor Wayne Burns, a resident of the James Smith Cree, said the Sanderson brothers belonged to First Nations communities and were under the influence of drugs at the time of the crimes.

Sanderson has been wanted as a fugitive since May when he stopped meeting with his parole officer following his release from serving a prison sentence for assault, robbery and other offenses, CBC News reported.

The CBC, citing Canadian Parole Board documents, reported Sanderson had a criminal record of 59 convictions over two decades.

Canadian Public Safety Minister Marco Mendicino told reporters Tuesday evening the parole board “will be undertaking an investigation of the decision” to release Sanderson on parole.

Asked at a Tuesday news briefing about reports that Sanderson had been unlawfully at large for several months, Prime Minister Justin Trudeau told reporters, “we are very much still in crisis mode.”

“Over the past two days, we’ve been focused on doing everything we can to keep people safe,” he added.

Police said they were investigating whether Sanderson might have also killed his brother and sustained injuries that might cause him to seek medical attention.

Few details were available about the victims, which included men and women spanning a wide range of ages. People from the area said a mother of two, a 77-year-old widower and a first responder were among the victims. – Rappler.com