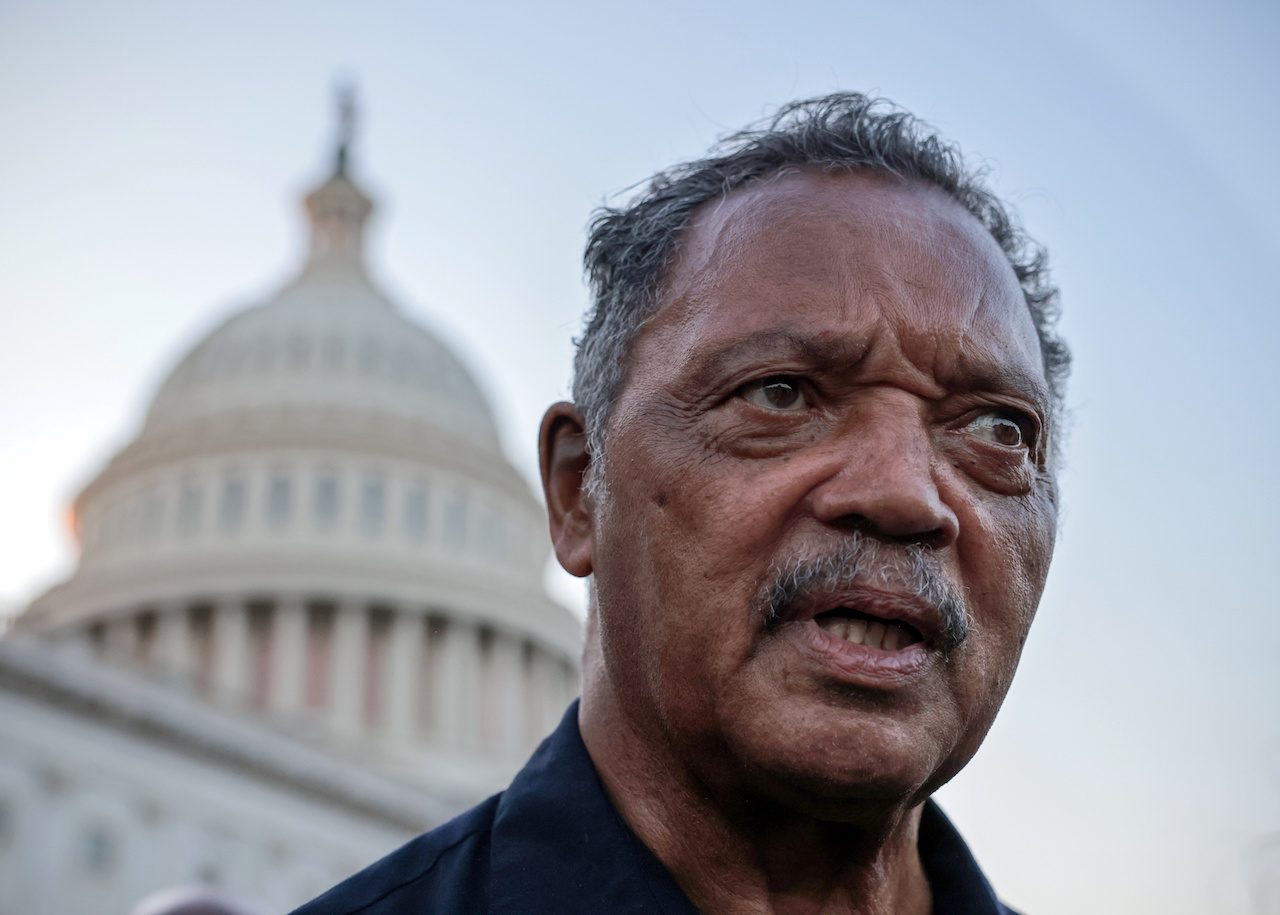 CIVIL RIGHTS LEADER. Reverend Jesse Jackson stops by a demonstration outside the US Capitol to protest the expiration of the federal moratorium on residential evictions in Washington DC, US, August 2, 2021.

Civil rights leader and former Democratic politician Jesse Jackson and his wife have both been hospitalized after testing positive for COVID-19, the group he founded said in a statement on Saturday, August 21.

Jackson, 79 and his wife Jacqueline, 77, were admitted to Northwestern Memorial Hospital in Chicago, the statement issued by the Rainbow PUSH Coalition said.

“There are no further updates at this time. We will provide updates as they become available,” the statement added, noting that anyone who was in the vicinity of the couple in recent days should follow public health guidance.

Jackson, who was diagnosed with Parkinson’s disease in 2017, had spent decades advocating for the rights of Black Americans and other minorities dating back to the turmoil of the civil rights movement of the 1960s, spearheaded by his mentor Martin Luther King.