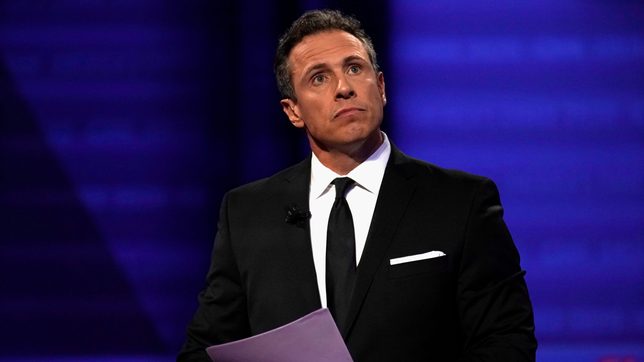 The cable news channel said in a statement the suspension followed the release of new court documents on Monday.

“These documents point to a greater level of involvement in his brother’s efforts than we previously knew. As a result, we have suspended Chris indefinitely, pending further evaluation,” CNN said.

Andrew Cuomo was forced to step down as governor in August after multiple allegations of sexual misconduct. He has denied any wrongdoing.

Chris Cuomo did not immediately respond to a request for comment on his suspension.

Cuomo, who hosts CNN’s most-watched prime time news show, had admitted in May he breached some of the network’s rules in advising his brother how to handle the allegations from a public relations perspective. He also pledged not to report on the case on air.

CNN said on Tuesday that at the time it “appreciated the unique position he was in and understood his need to put family first and job second”, but said the new documents “raise serious questions.”

The documents released by New York Attorney General Letitia James showed text and other messages in which Cuomo sought to use his own sources in the media to find out information on the case and the women involved in it.

A criminal complaint charging Andrew Cuomo with a misdemeanor sex offense was filed on October 29 in a New York court. – Rappler.com