Trump gears up to run after midterms. Many Republicans appear unexcited 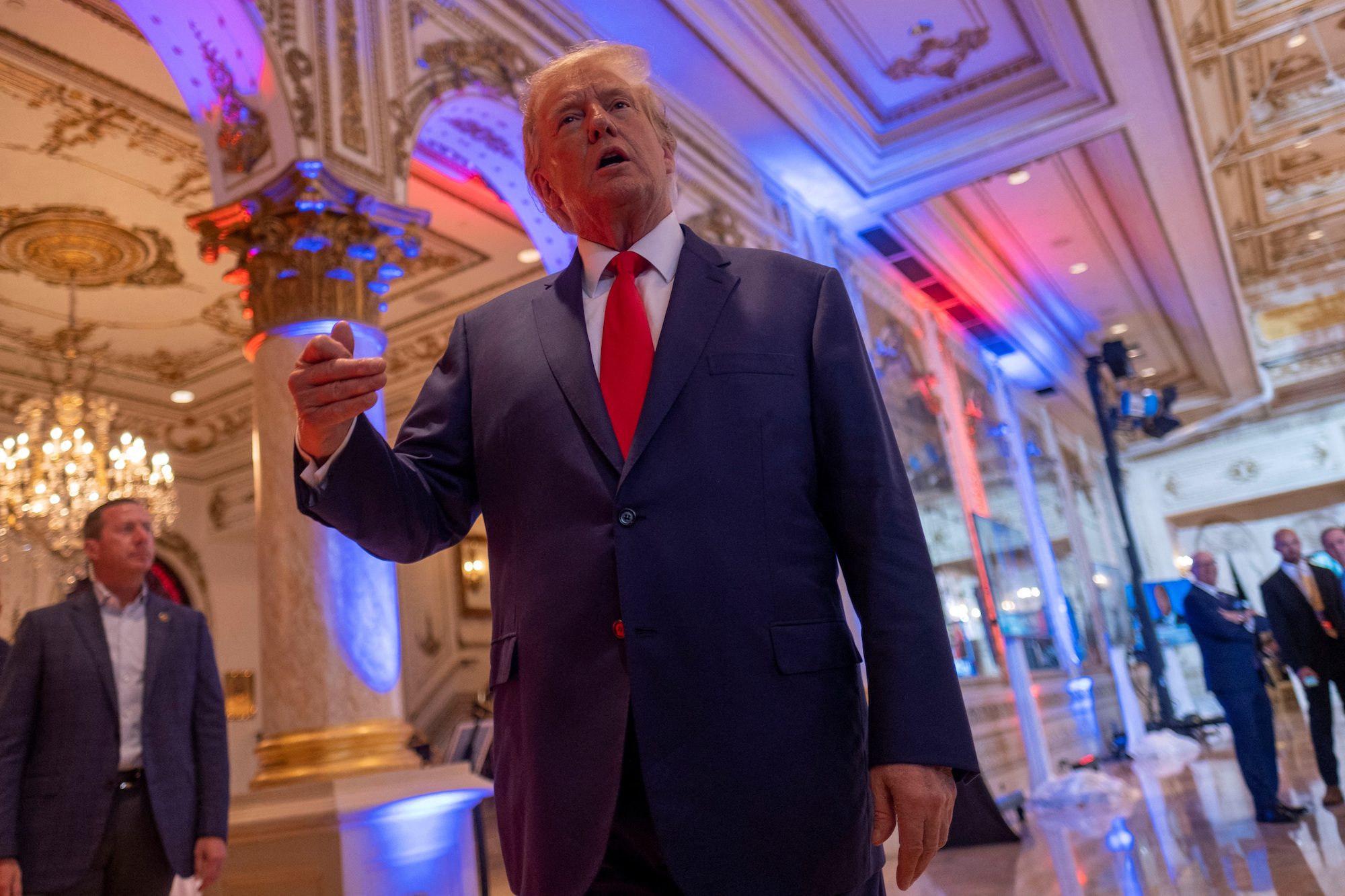 DONALD TRUMP. Former US president Donald Trump talks to the press on the grounds of his Mar-a-Lago resort on midterm elections night in Palm Beach, Florida, US, November 8, 2022.

Facebook Twitter Copy URL
Copied
In a national polling survey and in interviews, voters in three battleground states express concerns about the 76-year-old Republican former president's age, his polarizing personality, and his ability to compete in a general election

MICHIGAN, USA – Former president Donald Trump has spent months teasing a 2024 presidential run, suggesting to supporters on the eve of Tuesday’s midterm elections that he would throw his hat into the ring as soon as next week.

“I’m going to be making a very big announcement on Tuesday, November 15, at Mar-a-Lago in Palm Beach, Florida,” Trump told supporters at a rally for Ohio Senate candidate J.D. Vance.

But in a national polling survey and in interviews, voters in three battleground states on Tuesday, November 8, expressed concerns about the 76-year-old Republican former president’s age, his polarizing personality, and his ability to compete in a general election.

“I will do anything I can to keep him from running,” said Gordon Nelson, 77, who cast an all-Republican ballot on Tuesday in Birmingham, Michigan. Nelson voted for Trump twice, but now blames him for the nation’s tense political climate and for the Democrats’ majority in Congress.

Nelson’s opinion was shared by six other Republican voters in Arizona, Georgia and Michigan who Reuters interviewed on Tuesday, most of whom brought up their distaste for Trump unprompted.

While that sample is unscientific, polling indicates that tens of millions of Republicans share the same view. About 60% of Republicans surveyed by Reuters/Ipsos last month said they thought Trump should run again in 2024, with 36% saying he should not. In an exit poll published by Edison Research on Tuesday, six of 10 respondents said they had an unfavorable opinion of the former president.

But that level of dissent could nonetheless embolden a potential Republican primary challenger, with Florida Governor Ron DeSantis chief among them should he decide to run, according to opinion polls.

Among the voters who would prefer DeSantis is Yvonne Langdon, a 75-year-old retired mortgage banker in the Detroit suburbs.

“I want a Republican of character that has some of the same policies,” she said. She had hoped that Trump would change his tune after losing to Democrat Joe Biden in 2020.

“I think (Trump) would just keep the pot stirring. I thought after he lost the last election, he might change his M-O. He hasn’t. I think his ego is just too big to handle.” – Rappler.com