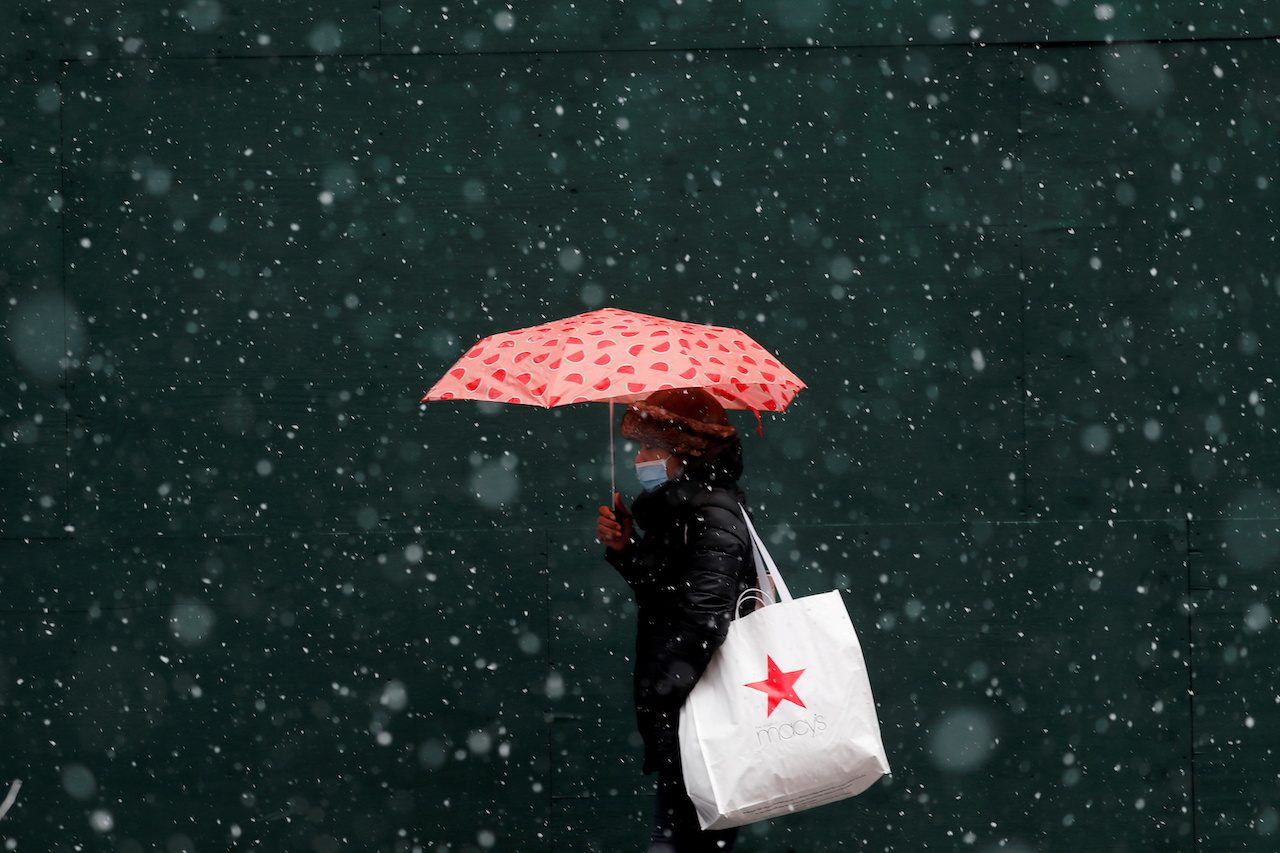 SNOW. A woman carrying a Macy's bag walks in falling snow as a winter storm moves into the northeast of the United States, in Times Square in New York City, New York, January 26, 2021.

A potent coronavirus variant originating in South Africa and found to be partly resistant to current vaccines and antibody treatments has been detected for the first time in the United States in two South Carolina patients, health officials said on Thursday, January 28.

Medical experts said arrival of the so-called South African variant presented an alarming new challenge in efforts to contain a raging pandemic that has claimed at least 430,000 American lives in 11 months, as authorities struggle to launch the largest mass-vaccination campaign in US history.

All viruses mutate frequently, and scientists have identified several variants of the novel coronavirus found to be more transmissible than the original strain.

But the presence of the South African variant, which has shown no evidence of causing more severe disease, is nonetheless especially concerning because several laboratory studies have found that it reduces vaccine and antibody therapy efficacy.

Confirmation of two patients with that variant in South Carolina came days after the Minnesota Department of Health identified the first known US case of another highly contagious strain that originated in Brazil.

Yet a third form of the virus from the UK that is more infectious, and associated with higher mortality, made its first US appearance last month in Colorado and has since been detected in at least 28 states.

The flurry of variants taken together “have really changed the entire picture of the COVID-19 pandemic,” Dr Michael Osterholm, director of the University of Minnesota’s Center for Infectious Disease Research and Policy, said in an MSNBC interview. “We’re now in by far the most dangerous period of the pandemic.”

The US Centers for Disease Control and Prevention (CDC) has predicted the UK variant could become the dominant strain in the United States by March.

Dr Anthony Fauci, the leading US infectious disease specialist, told MSNBC all the new variants were worrisome, but “the one that is of greater concern and that really could be problematic is the mutant that is now dominant in South Africa.”

So far, the two-dose vaccines made by Moderna Inc and Pfizer Inc with BioNTech appear protective against the South African variant, despite a weaker immune response.

The companies said this week they were considering making new versions of their shots just in case. Moderna also plans to test giving a third shot of its vaccine to bolster antibody levels.

‘Eye of the hurricane’

The South Carolina Department of Health and Environmental Control said the two newly discovered cases of the South African variant, a strain of the SARS-CoV-2 virus known to scientists as B.1.351, appeared to be unrelated to each other.

The agency said neither of the two adults who contracted it had a recent travel history that would account for the infections, suggesting the variant was transmitted locally.

The South Africa variant has been detected in more than 30 countries.

“I’m very worried about the variants, all of them,” Vivek Murthy, nominated to be the next US surgeon general, said in a Washington Post interview. “All have the potential to be much more transmissible than the current version of COVID that we seem to be dealing with in the United States.” 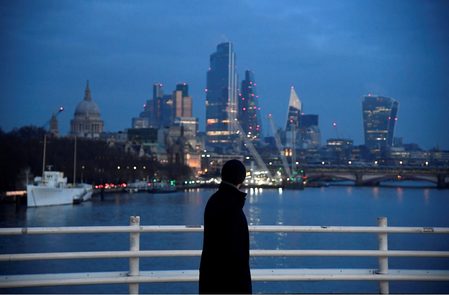 The CDC has said the advent of more transmissible variants underscores the need for rapid rollout of vaccines to limit the ability of the virus to keep mutating, as well as for greater adherence to mask-wearing in public and social distancing.

While rates of COVID-19 infections and hospitalizations have leveled off across the United States in recent weeks, following a months-long surge that pushed healthcare systems to their limits, Fauci said the country still faced a “very serious issue.”

Scientists have warned that another onslaught of infections looms on the horizon if more transmissible forms of the virus take hold before collective immunity can be achieved through widespread vaccination programs.

“Even though the total new cases has gone down from around 250,000 confirmed cases a day to 180,000 a day, that’s the eye of the hurricane. The backside is now coming,” Dr Peter Hotez, dean of tropical medicine for Baylor College of Medicine, told MSNBC.

He said that accelerating immunizations was more urgent than ever with the arrival of the South African variant.

Osterholm, who served as a COVID-19 adviser on President Joe Biden’s transition team, warned that the United States faced a “staggering” new wave of COVID-19 cases over the next six to 14 weeks as coronavirus variants spread more quickly.

Fauci agreed, saying: “We could have some difficult times that we have to be prepared for.” – Rappler.com