‘We could have done more’: Frustration grows in Washington over Biden’s Kabul evacuation 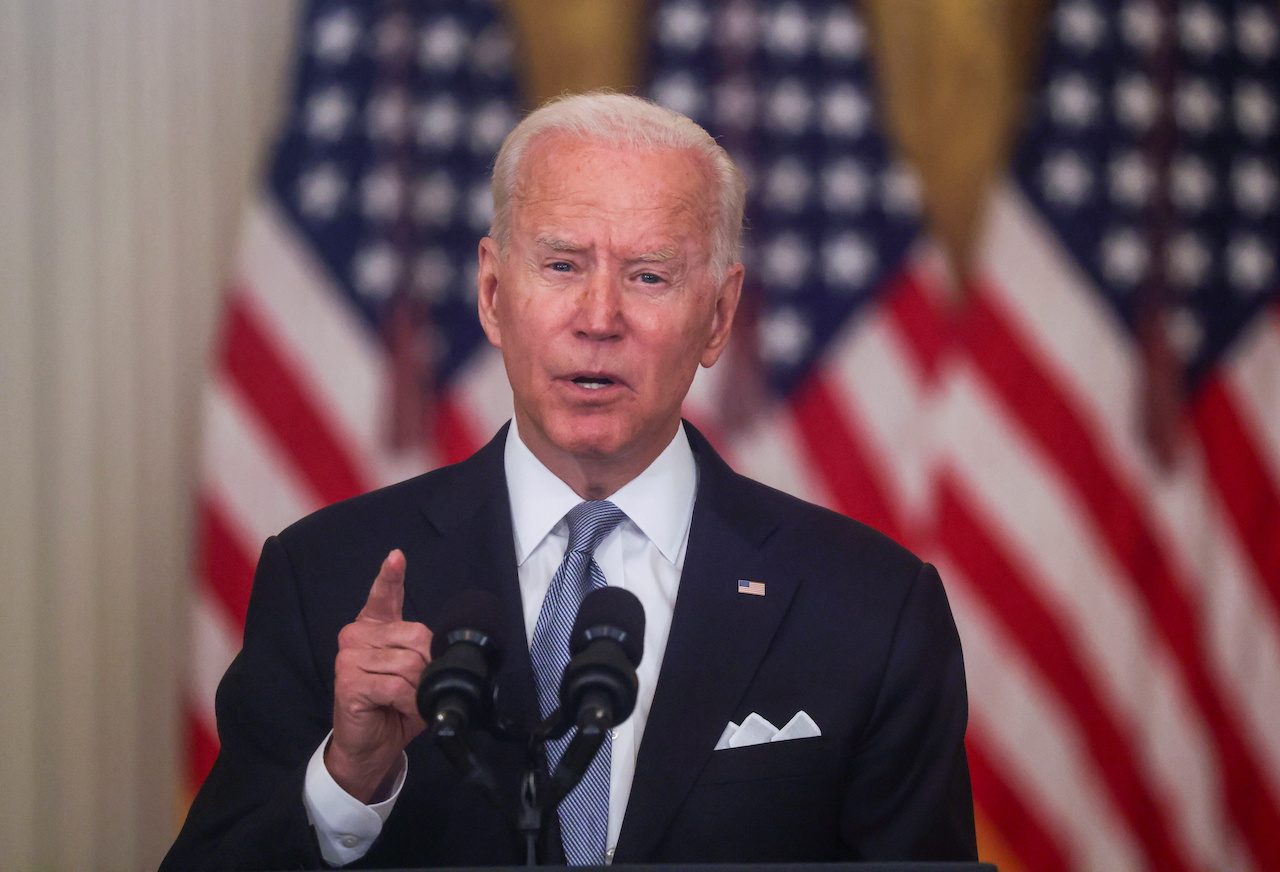 JOE. US President Joe Biden delivers remarks on the crisis in Afghanistan during a speech in the East Room at the White House in Washington, DC, August 16, 2021.

Frustration and anger at US President Joe Biden’s handling of evacuations from Afghanistan are mounting among administration officials, lawmakers of both parties and advocacy groups.

As US diplomats hunkered inside, thousands of desperate Afghans thronged Kabul airport where five people were killed on Monday, prompting the US military to temporarily suspend flights to clear the airfield.

In a televised address on Monday, Biden acknowledged there were concerns about why Afghans had not been evacuated earlier, but said his administration had been discouraged to do so by the Afghan government at the time.

“Part of the answer is some of the Afghans did not want to leave earlier, still hopeful for their country,” Biden said. But five US officials, speaking on condition of anonymity, told Reuters that weeks before the Washington-backed Afghan government collapsed, the US military wanted a bigger role in helping to evacuate Afghans at risk because they worked for the United States. The officials believe that a more orderly withdrawal would have been likely.

“We could have done a lot more to help. The administration waited too long,” a military official said.

In response, a senior administration official cited comments on Monday by national security adviser Jake Sullivan who said Biden’s team has been “engaged for months of extensive scenario planning and was ready for this challenge.”

There were also issues with the intelligence, with one assessment last week saying Kabul would not be isolated for the next 30 days at least.

A person familiar with the situation said the Biden administration was behind the curve as things deteriorated in Afghanistan. “Every decision has come too late and in reaction to events that make the subsequent decision obsolete,” the source said.

Local embassy employees who have been at home for weeks were left to make their own way to the airport, the source said, adding that emails were sent to them on Sunday after sporadic gunfire to remain in their houses or some other safe location.

The pandemonium hampering the evacuations prompted some embassy officials to raise concerns that there was an insufficient number of US troops to secure the airport, reflecting poor planning and intelligence failures, said the source.

The source and another US official told Reuters that the administration so badly misjudged the situation that the State Department flew a regular rotation of diplomats into Kabul last Tuesday even as the Taliban advanced toward the capital.

Republican and Democratic lawmakers also weighed in with criticism.

“The withdrawal of US troops should have been carefully planned to prevent violence and instability, and to ensure that the hard-fought progress gained over the past two decades —particularly when it comes to Afghan women and girls — would not be lost,” said Tom Carper, a US senator from Biden’s home state of Delaware and fellow Democrat.

Republican Senator Lindsey Graham, an opponent of Biden’s withdrawal decision, said it was unlikely that American personnel and at-risk Afghans could be evacuated by August 31 – Biden’s deadline for a full withdrawal. Graham said that “artificial” deadline “will likely result in thousands of Afghans who have helped America being left behind for slaughter.”

Biden announced in April that he would be withdrawing the remaining 2,500 troops from Afghanistan as part of a 2020 deal made with the Taliban under former President Donald Trump.

Military officials recommended against it, but some officials said they felt their views had been heard and the American public was ready to end America’s longest war.

The events of the past week, however, have replaced resigned acceptance with anger.

“Frustrated, disgusted, and in disbelief today,” said a military official who served in Afghanistan. – Rappler.com