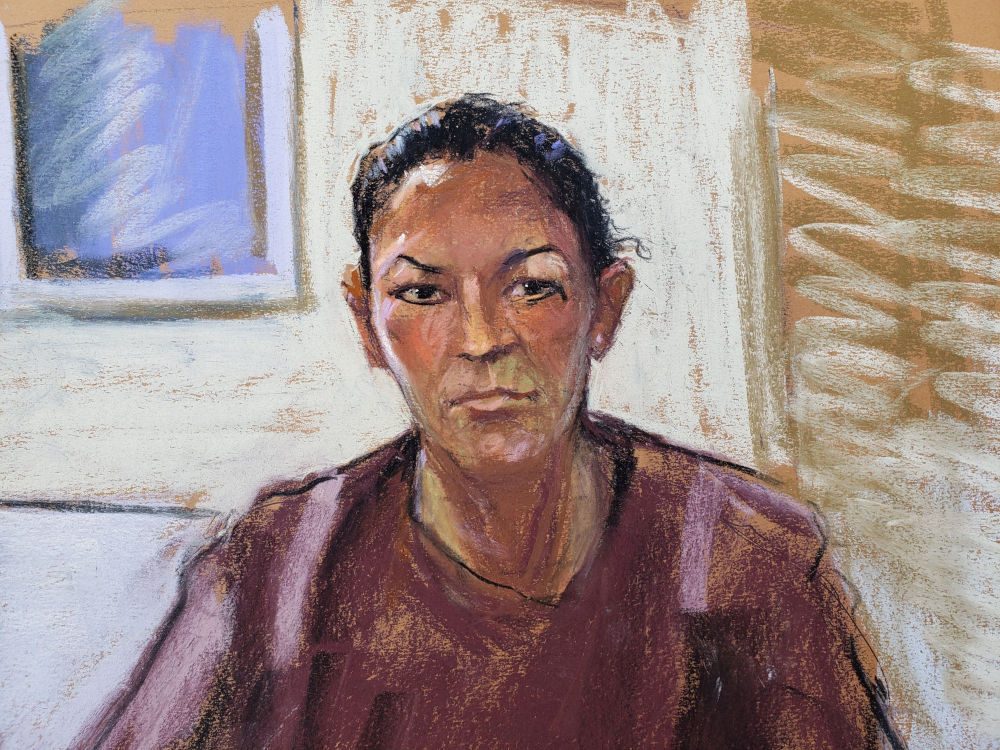 GHISLAINE MAXWELL. Ghislaine Maxwell appears via video link during her arraignment hearing in Manhattan Federal Court, in the Manhattan borough of New York City, New York, USA on July 14, 2020 in this courtroom sketch.

Facebook Twitter Copy URL
Copied
Maxwell, 60, is scheduled to be sentenced on June 28 for her December conviction for helping her then-boyfriend Jeffrey Epstein abuse girls between 1994 and 2004

Maxwell, 60, is scheduled to be sentenced on Tuesday, June 28, for her December conviction for helping her then-boyfriend Jeffrey Epstein, the globe-trotting financier and convicted sex offender, abuse girls between 1994 and 2004. Prosecutors say she deserves between 30 and 55 years in prison.

In court filings on Saturday, June 25, Maxwell’s lawyers said she was placed on suicide watch at the Metropolitan Detention Center (MDC) and asked for a delay to her sentencing. On Sunday, prosecutors argued no delay was needed because Maxwell had her legal documents and could get the same amount of sleep.

They said Maxwell was transferred after reporting threats to her safety by MDC staff to the federal Bureau of Prisons’ inspector general.

Maxwell refused to elaborate about why she feared for her safety, prosecutors said. She told psychology staff she was not suicidal.

Maxwell’s lawyers did not immediately respond to a request for comment. The Bureau of Prisons said it does not comment on any particular inmate’s confinement conditions.

Prosecutors said the jail’s warden will oversee an investigation.

“Given the defendant’s inconsistent accounts to the (inspector general) and to psychology staff, the Chief Psychologist assesses the defendant to be at additional risk of self-harm, as it appears she may be attempting to be transferred to a single cell where she can engage in self-harm,” prosecutors said in a court filing.

Epstein killed himself in 2019 in a Manhattan jail cell while awaiting trial.

The sentence will be imposed by US Circuit Judge Alison Nathan in Manhattan federal court. Maxwell wants less than 20 years, arguing she is being scapegoated for Epstein’s crimes. – Rappler.com