Hillary Clinton warns of 2016 repeat: ‘We need unity now more than ever’ 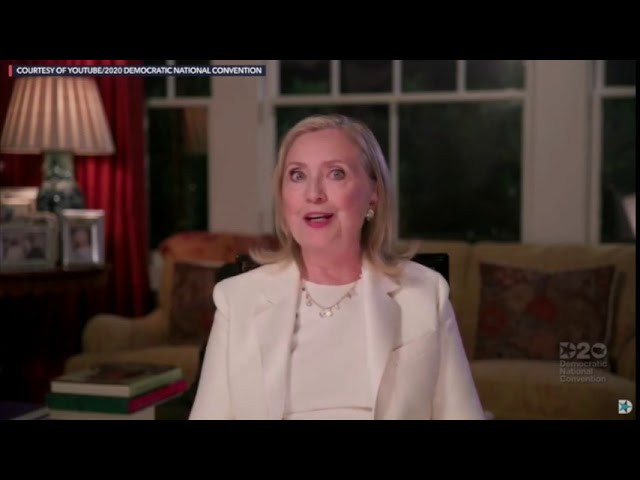 Facebook Twitter Copy URL
Copied
'Don’t forget, Joe and Kamala can win by 3 million votes and still lose. Take it from me. We need numbers overwhelming so Trump can’t sneak or steal his way to victory'

Recalling her defeat in the last US presidential race, Hillary Clinton warned Democrats not to repeat the mistakes of the 2016 election, as she called for unity behind Joe Biden and Kamala Harris in November 2020.

“For 4 years, people have said to me, ‘I didn’t realize how dangerous he was.’ ‘I wish I could go back and do it over.’ Or worst, ‘I should have voted.’ Well, this can’t be another woulda coulda shoulda election,” Clinton said in a speech delivered on the 3rd night of the Democratic National Convention.

“Most of all, no matter what, vote. Vote like our lives and livelihoods are on the line, because they are,” she said.

Clinton won the popular vote but lost to Trump in the electoral college in an election marred by divisions and Russian interference.

“Vote for honest elections so we, not a foreign adversary, choose our president…. Don’t forget: Joe and Kamala can win by 3 million votes and still lose. Take it from me. We need numbers overwhelming so Trump can’t sneak or steal his way to victory,” Clinton said.

“Remember in 2016 when Trump asked: ‘What do you have to lose?’ Well, now we know: our health, our jobs, even our lives. Our leadership in the world and, yes, our post office. As Michelle Obama and Bernie Sanders warned us on Monday: If Trump is re-elected, it will get even worse. My friends, we need unity now more than ever,” she added.

Clinton slammed Trump and said the US needs a better president.

“America needs a president who shows the same compassion, determination, and leadership in the White House that we see in our communities…. We need leaders equal to this moment. We need Joe Biden and Kamala Harris,” she added. – Rappler.com